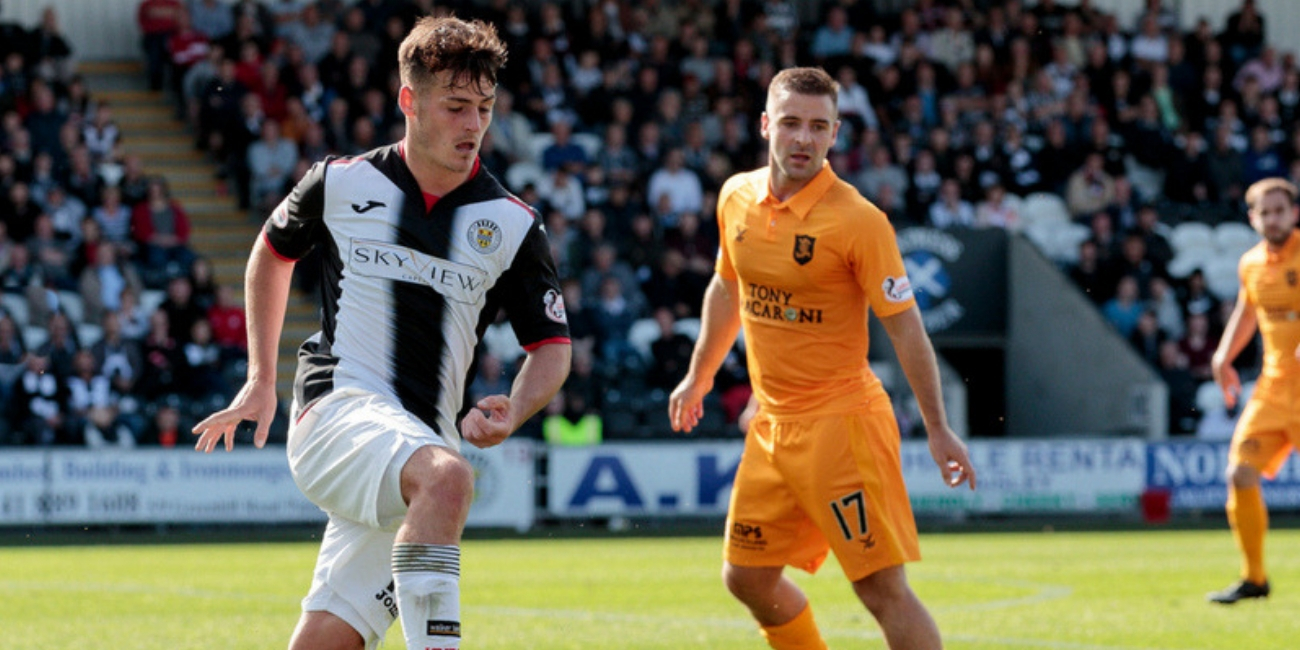 The Buddies come into tomorrow's match on the back of two good draws away to Aberdeen and Hearts in recent weeks.

After a good 2-2 draw away at Pittodrie, the Buddies followed it up with a 1-1 draw in the capital against Craig Levein's Jambos.

Saints fell 1-0 behind at Tynecastle when Clevid Dikamona headed the home side in front, but a Sean Clare own goal got the Buddies a share of the spoils.

Saints will feel like both of those draws could have been wins and will head into tomorrow's match in a confident mood.

Livingston too will be confident heading into the match after a good 1-0 win over high-flying Kilmarnock at the Tony Macaroni Arena last Saturday.

The Lions hadn't won since their incredible 5-0 win over Hearts in December, but Chris Erskine's goal just before half-time was enough to ensure three points.

Saints welcome Livingston the Simple Digital Arena for the second time this season.

Livingston were the victors on their last visit to Paisley as first half goals from Jack Hamilton and Alan Lithgow gave the Lions a 2-0 win.

Gary Holt's men also took all three points when the sides met at the Tony Macaroni Arena at the beginning of December. Alfie Jones had given Saints a first half lead, but goals from Scott Pittman, Ryan Hardie and Craig Sibbald ensured the points stayed in Lothian.

St Mirren's last win over Livingston was at the Simple Digital Arena in November 2017 as the Buddies ran out 3-1 winners on a midweek night.

A win for Saints tomorrow would move Oran Kearney's side to within a point of 11th place Dundee and four points behind 10th placed Accies.

Livingston will be hoping for three points to keep their hopes of a top six spot alive. Three points tomorrow would see them move to within four of sixth place Hibernian.

St Mirren manager Oran Kearney confirmed to the press this week that Stephen McGinn and Anton Ferdinand have returned to training this week so could feature tomorrow afternoon.

Cody Cooke and Gary MacKenzie both returned to the squad last week in the draw against Hearts, but Danny Rogers, Lee Hodson, Kyle Magennis, Brad Lyons and Jim Kellermann all remain out.

Greg Tansey serves the first of a two-match suspension after receiving a Fast Track Notice of Complaint from the SFA following a challenge on Clevid Dikamona in last week's draw against Hearts.

Ricki Lamie is expected to miss out for the visitors, while Shaun Byrne is suspended.