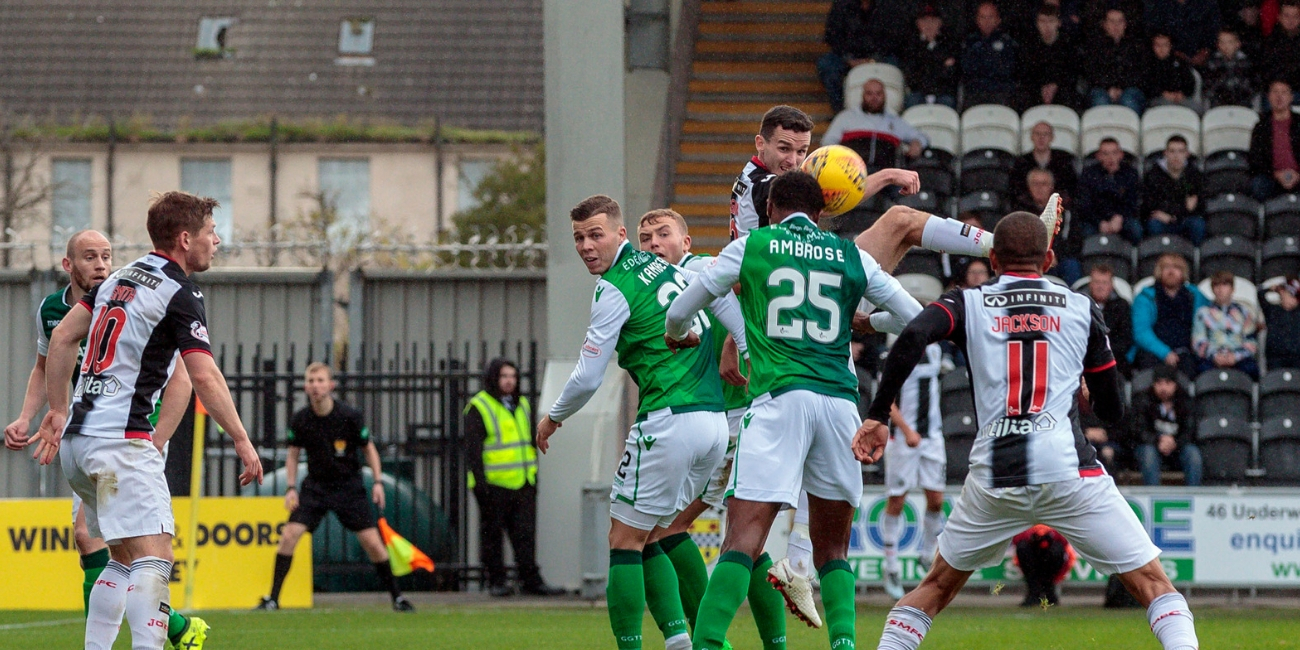 The Simple Digital Arena plays host to its first Ladbrokes Premiership game of 2019 when Hibernian visit Paisley on Sunday afternoon.

St Mirren come into Sunday's game on the back of a 4-0 loss against Celtic at Celtic Park on Wednesday night.

A Oliver Burke doubled combined with goals from Scott Sinclair and Timothy Weah gave the league leaders the points.

Hibernian also come into the game on the back of a loss during the week. The Hibees were beaten 1-0 by Motherwell at Fir Park with Well's David Turnbull scoring the only goal.

Hibs' last win in the league came on December 16th when goals from Vykintas Slivka and Florian Kamberi gave them a 2-0 win against Celtic at Easter Road.

Despite midweek defeats, both started 2019 with a Scottish Cup Fourth Round win. St Mirren completed an incredible comeback from 2-0 down to beat Alloa 3-2 last Saturday, while Hibernian defeated League Two side Elgin City 4-0 at Easter Road.

The Buddies and Hibees have already met twice this season.

The Edinburgh side came out on top when they visited the Simple Digital Arena in September. Despite a good showing from Saints, David Gray's early goal was enough to give Neil Lennon's side all three points.

Saints picked up a point in a midweek trip to Easter Road at the start of December. The Buddies led twice thanks to goals from Adam Hammill and Paul McGinn, but Oli Shaw and Ryan Porteous grabbed a goal each to give Hibs a share of the spoils.

St Mirren's last win against Hibs was at the Simple Digital Arena in March 2017 when a double from Stelios Demetriou gave us a 2-0 victory.

Wednesday night's defeat to Celtic, coupled with Dundee's win over Hearts, meant that St Mirren dropped to the foot of the table. However, depending on results in tomorrow's matches, Saints could move up to 10th place with a win over the Hibees.

A win for Hibs would see them move up to seventh in league - providing Livingston fail to beat Rangers on Sunday.

Lee Hodson will be out for Saints following his injury against Celtic at Celtic Park on Wednesday night, with Jim Kellermann and Cody Cooke also doubts. The Buddies are still without Danny Mullen, Kyle Magennis, Danny Rogers, Cammy MacPherson and Gary MacKenzie due to injury.

Hibernian will be missing Ryan Porteous who picked up an injury in their loss to Motherwell during the week. Martin Boyle is also out for the visitors, while Mark Milligan and Jamie McLaren are at the Asia Cup with Australia.