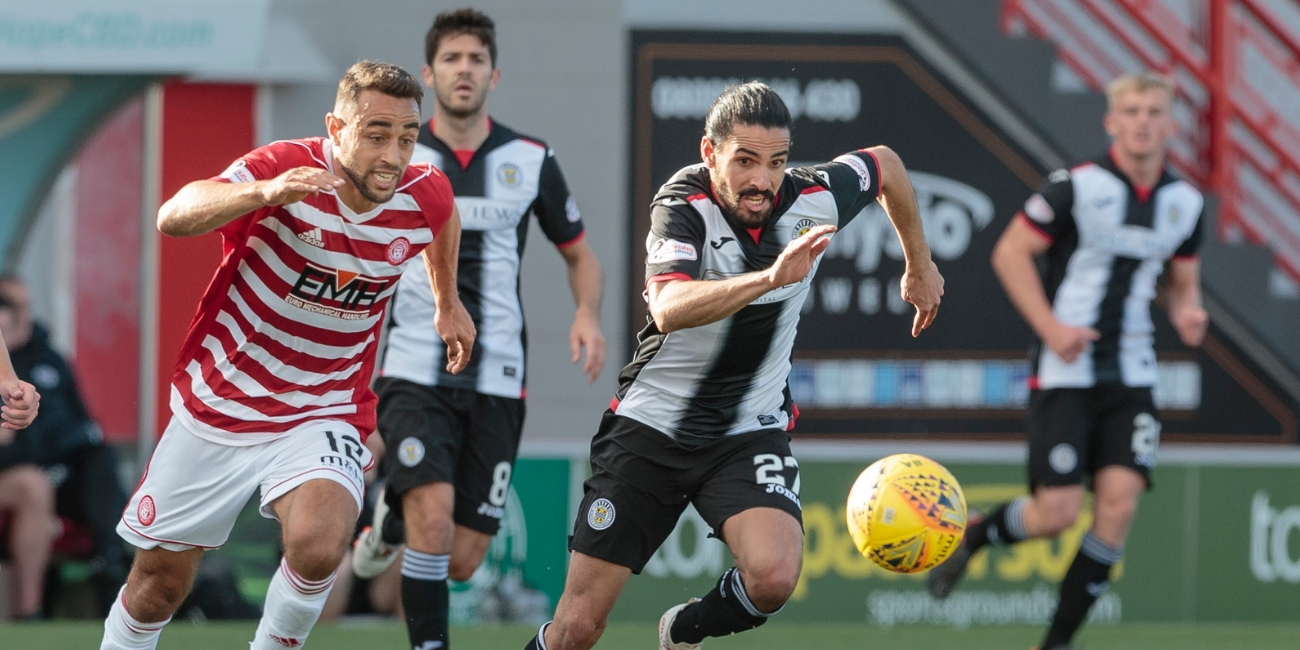 St Mirren play host to Hamilton Academical tomorrow in the Ladbrokes Premiership and aim to add another three points following a win over Hearts last weekend.

Oran Kearney's Buddies come into tomorrow's match on the back of a well deserved 2-0 win over Hearts at the Simple Digital Arena last weekend.

A second-half double from Adam Hammill was enough to earn Saints a first win since the opening day of the season and keep Saints in 11th place with eight points.

Hamilton visit Paisley on the back of two heavy defeats - at home to Celtic and away to St Johnstone.

Accies hosted Celtic at the Hope CBD Stadium last Saturday in an early kick-off. The league leaders had too much for Martin Canning's side as they ran out 3-0 winners. That loss came after a 4-0 defeat against St Johnstone at McDiarmid Park before the international break.

Hamilton have picked up a win this month having defeated Livingston 1-0 at the Hope CBD at the start of November. Despite Mickel Miller's late sending off, Mason Bloomfield grabbed an 86th minute winner to earn three points against Gary Holt's Livi side.

Saints host Accies looking to make amends for a heavy defeat suffered at the Hope CBD Stadium in September.

Hamilton were too strong for the Buddies that afternoon as a goal from Fredrik Brustad and a Mickel Miller double gave Accies a 3-0 win.

St Mirren did, however, defeat Accies 1-0 on their last visit to Paisley back in 2015. Steven Thompson's second half goal gave Saints the points.

While Saints have won three of the last six at home against Hamilton, Accies did manage to come away from Paisley with a win in the 2014/15 season - Ali Crawford's double giving them a 2-0 win in August 2014.

The Lanarkshire side have come out on top in the previous three meetings between the two - all at Hamilton.

A win for Saints would see them leapfrog Accies and move into 10th place. With Dundee not in action this weekend victory would move St Mirren six points clear of the bottom.

Accies, meanwhile, could move five clear of the Buddies if they can take three points in Paisley. Depending on Motherwell's result at away to Livingston, Accies could potentially close the gap on their Lanarkshire rivals to a just a point with a win.

Long-term absentee Gary MacKenzie remains out, while the manager told press yesterday that Ryan Flynn has suffered a broken finger.