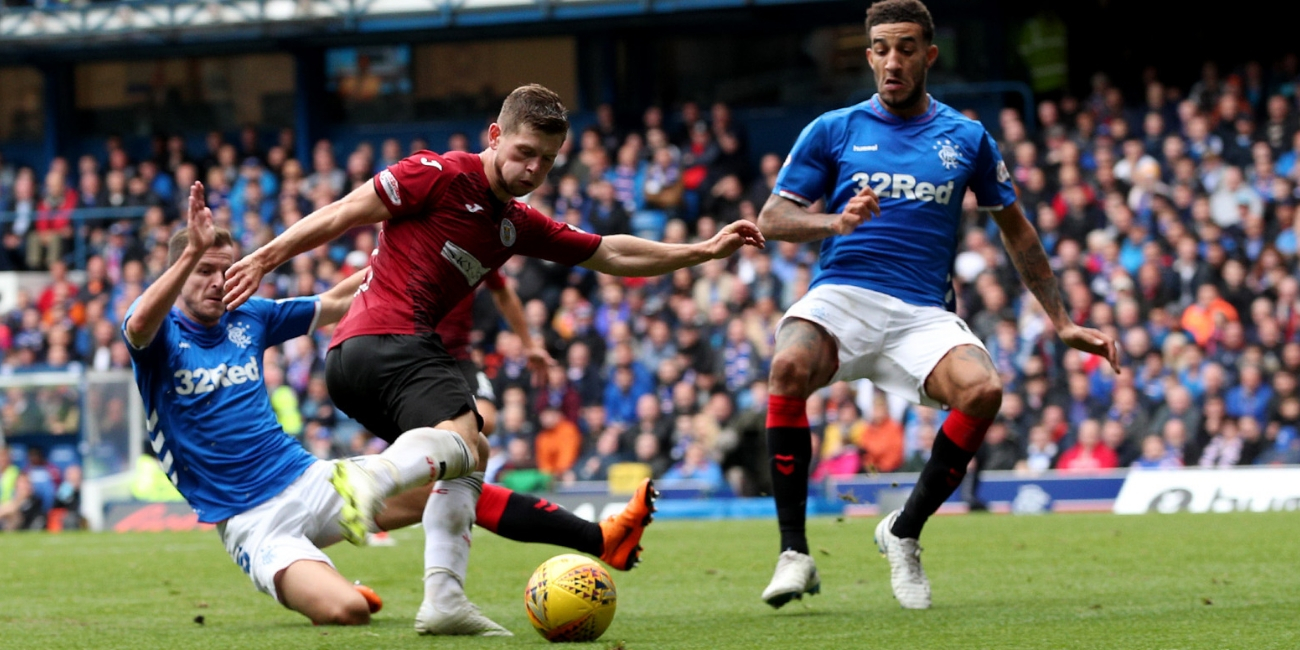 The Simple Digital Arena hosts its second Ladbrokes Premiership match this week when Rangers come to Paisley this afternoon.

The Buddies and The Gers have already come face-to-face this season with Saints travelling to Ibrox in August. Goals from Alfredo Morelos and Connor Goldson gave Rangers a 2-0 win.

Rangers' last visit to the Simple Digital Arena came in May 2016.

Calum Gallagher gave Saints a first half lead, with Kenny Miller equalising for the visitors a little under 10 minutes after half time. Jason Holt looked to have won it for Rangers in 88 minutes, only for Lewis Morgan to pop up with his first senior goal to give the Buddies a share of the spoils.

St Mirren's last three meetings with Rangers at the Simple Digital Arena have saw one win for each side and the aforementioned 2-2 draw.

While two of those matches came in the Championship, Saints' win back in 2011 was in the old SPL. Rangers had taken the lead through Lee Wallace, but goals just before half-time from Paul McGowan and Aaron Mooy saw the Buddies take all three points.

It's been a tough return to the Premiership for St Mirren with Wednesday's 2-0 loss to Motherwell making it 10 games without a win in the league for Saints.

An opening day win over bottom side Dundee and a 0-0 draw with Celtic have the Buddies sat in 11th place with four points from our first 11 matches this season.

Rangers come in to today's match on the back of a 1-1 draw with Kilmarnock at Ibrox on Wednesday night. That result sees Gers sit in fourth place in the Ladbrokes Premiership - eight points behind league leaders Hearts.

Steven Gerrard's side have only won one of their five away matches in the league this season - a 4-1 victory at Hamilton two weeks ago. There have been draws with Aberdeen (1-1) and Motherwell (3-3) and losses to Celtic (1-0) and Livingston (1-0).

Lee Hodson is ineligible to play against his parent club, while Ryan Flynn is suspended after his red card on Wednesday night.

Adam Eckersley played 50 minutes for the St Mirren Reserves on Monday, but didn't make the squad against Motherwell.

Kyle Magennis is still ruled out but getting closer, while Gary MacKenzie is still out with a long-term issue.