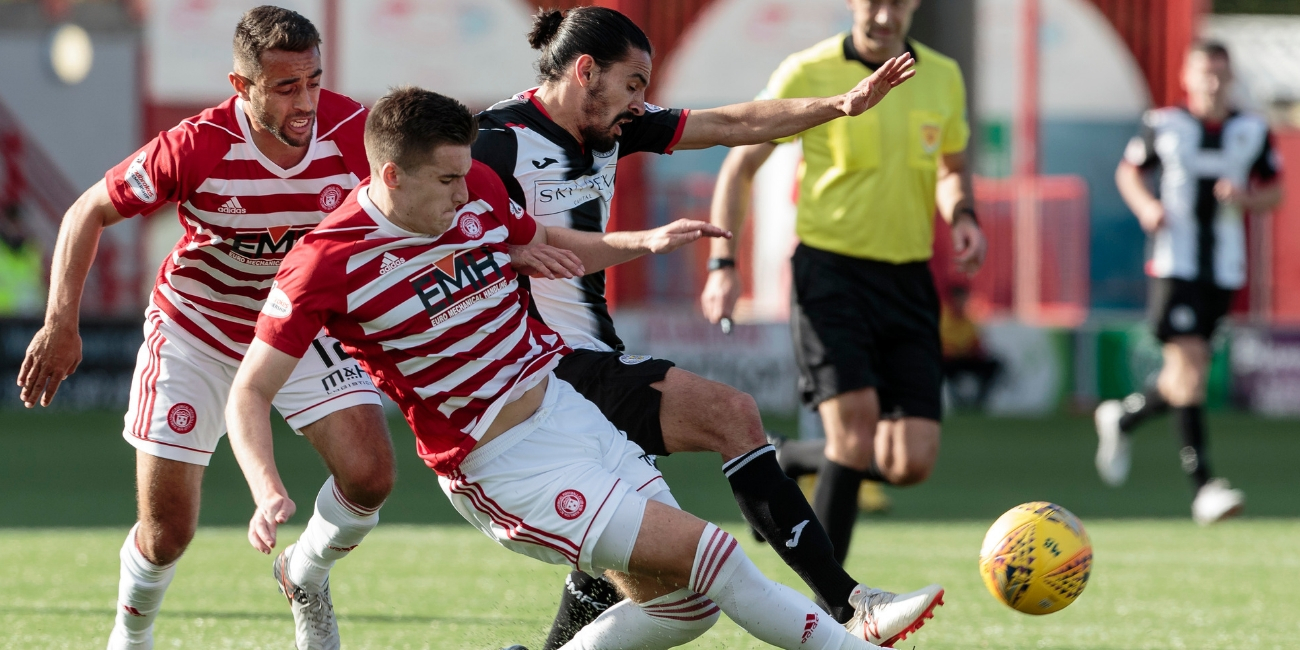 It’s the first meeting of the two since that special day in May 2017 when Saints secured Championship survival on the final day of the season with a 1-1 draw at Easter Road.

Hibernian, already crowned as Champions, took the lead through Grant Holt. But on the hour mark, Rory Loy slammed home from close range to secure the point Saints needed to complete the great escape.

St Mirren were victorious in Hibernian’s last visit to Paisley with Cypriot full back Stelios Demetriou scoring either side of half-time to give The Buddies a vital 2-0 win in March 2017.

Saints also took all three points the last time the sides met in Premiership action. Early goals from Kenny McLean and Paul McGowan secured a 2-0 win at The Simple Digital Arena back in April 2014.

The Buddies suffered a disappointing defeat away to Hamilton last weekend. That loss saw Saints fall to 11th place with four points from the opening six matches.

Neil Lennon’s Hibernian sit in third in the Ladbrokes Premiership having picked up 11 points from their six games in the league so far.

Despite losing to Aberdeen on penalties in the Betfred Cup on Tuesday night, The Hibees have won their last two league matches scoring six goals in the process.

A 3-2 win over Kilmarnock at Easter Road was followed up by an emphatic 3-0 victory against bottom side Dundee last weekend.

Stevie Mallan, a product of the St Mirren Youth Academy, has been a key player for Hibernian this season. The midfielder began his career at Saints, making 112 appearances scoring 29 goals.

Hibs defender Darren McGregor spent four years with St Mirren after joining The Buddies from Cowdenbeath in 2010. McGregor went on to make 92 appearances for Saints before leaving to join Rangers in 2014.

New signing Simeon Jackson goes into the squad after joining The Buddies this afternoon.

Kyle Magennis is still out for Saints having missed last weekend’s match against Hamilton with a hamstring problem, but Jack Baird, who also missed the Hamilton game, could return.