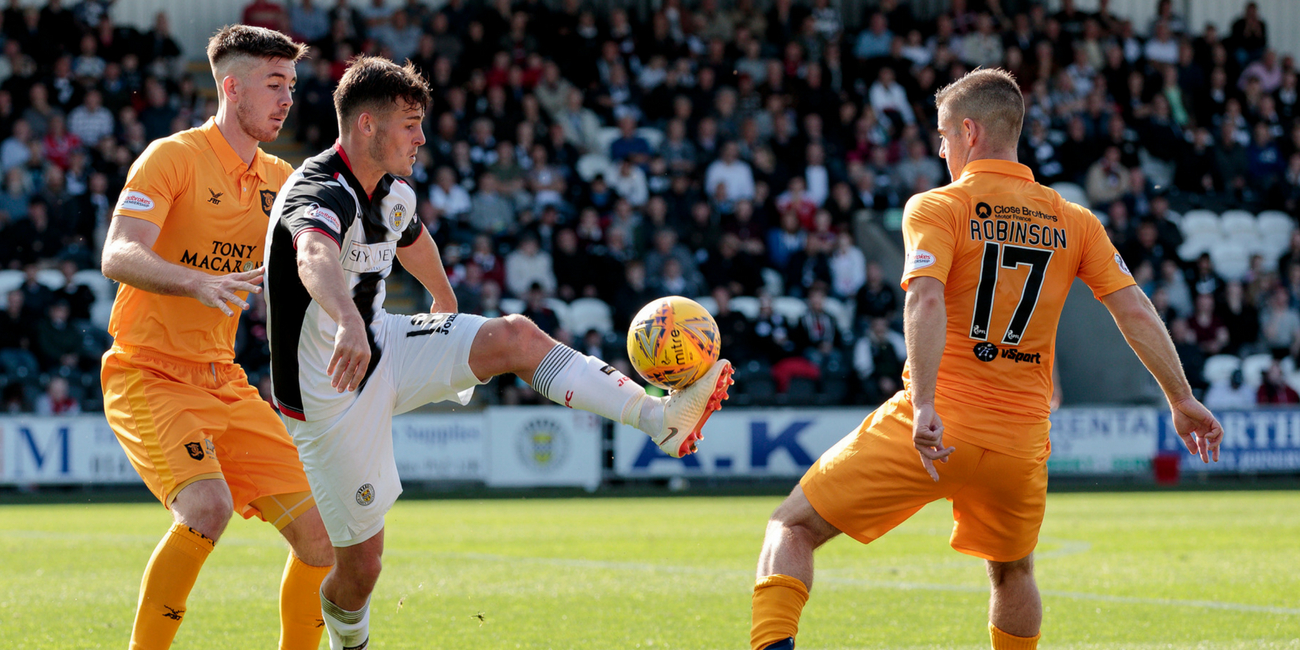 St Mirren travel to Tynecastle tomorrow to face Hearts in matchday four of the Ladbrokes Premiership.

START TO THE SEASON

It's been a tough start to the season for Alan Stubbs' side who sit in 10th place with three points from their opening three matches.

A 2-1 opening day win over Dundee got things off to the perfect start for Saints, but there has since been losses to Rangers (2-0), Aberdeen (4-0) and Livingston (2-0).

Meanwhile, Hearts sit atop of the Ladbrokes Championship with three wins from three. Their league season began with a thumping 4-1 away win against Hamilton. Austrian Peter Haring netted twice, while Steven Naismith and Steven MacLean also scored to secure an opening day triumph.

The Jambos then defeated Celtic at Tynecastle a week later thanks to the now departed Kyle Lafferty's second half strike.

That was the first of three 1-0 wins for Hearts with Dunfermline beaten 1-0 in the Betfred Cup, before Craig Levein's side defeated Kilmarnock by a single goal at Rugby Park last week.

Both sides have gone through significant change over the course of the summer. Alan Stubbs was appointed St Mirren manager following the departure of Jack Ross, with Brian Rice and Darren Jackson joining the coaching staff. 18 players left the Simple Digital Arena, with 13 new faces checking in.

Hearts too have been busy in the transfer market with no fewer than 16 players joining the club. New faces such as Peter Haring and Uche Ikpeazu have quickly endeared themselves to the Jambos faithful with good displays in their opening few matches.

FOUR YEARS IN THE MAKING

Tomorrow's match will be the first time the two sides have met since the 2013/14 season.

Hearts, who had faced a tough season following an administration event, were relegated long before the two sides closed out the season with a 1-1 draw in Paisley - the last meeting of the two.

The Buddies last trip to Tynecastle ended in a 2-1 loss which saw Saints reduced to 10 men. Steven Thompson got St Mirren off to the perfect start with a goal inside the first minute. But Callum Paterson equalised soon after to level the scores. Marc McAusland was shown a red card early into the second half with Jamie Hamill netting the winner from the resultant penalty.

Saints did win at Tynecastle that season though with John McGinn and Paul McGowan giving Saints a 2-0 win in October 2013.

Saints completed a deadline day move for Hearts midfielder Ryan Edwards who joins the Buddies on loan until the end of the season. There will be no debut for the Australian as he isn't eligible to play against his parent side.

Lee Hodson made his St Mirren debut last week against Livingston and looks set to keep his place at right back with Paul McGinn still injured.

Gary MacKenzie and Adam Eckersley are both still ruled out following operations, while Cody Cooke, Josh Heaton, Danny Rogers and Ian McShane all miss out due to injury. Jordan Kirkpatrick has returned to light training but is still ruled out.

Hearts fan favourite Demetri Mitchell returned to the club this week for a second loan spell from Manchester United. He could make a second debut for the Edinburgh side in tomorrow's match. Craig Wighton also joined up with the Jambos after completing his move from Dundee earlier in the week.

Ex-Saints coach Austin MacPhee will take charge of Hearts tomorrow with boss Craig Levein will missing the match after taking ill earlier in the week. All at St Mirren would like to wish Craig a speedy recovery.