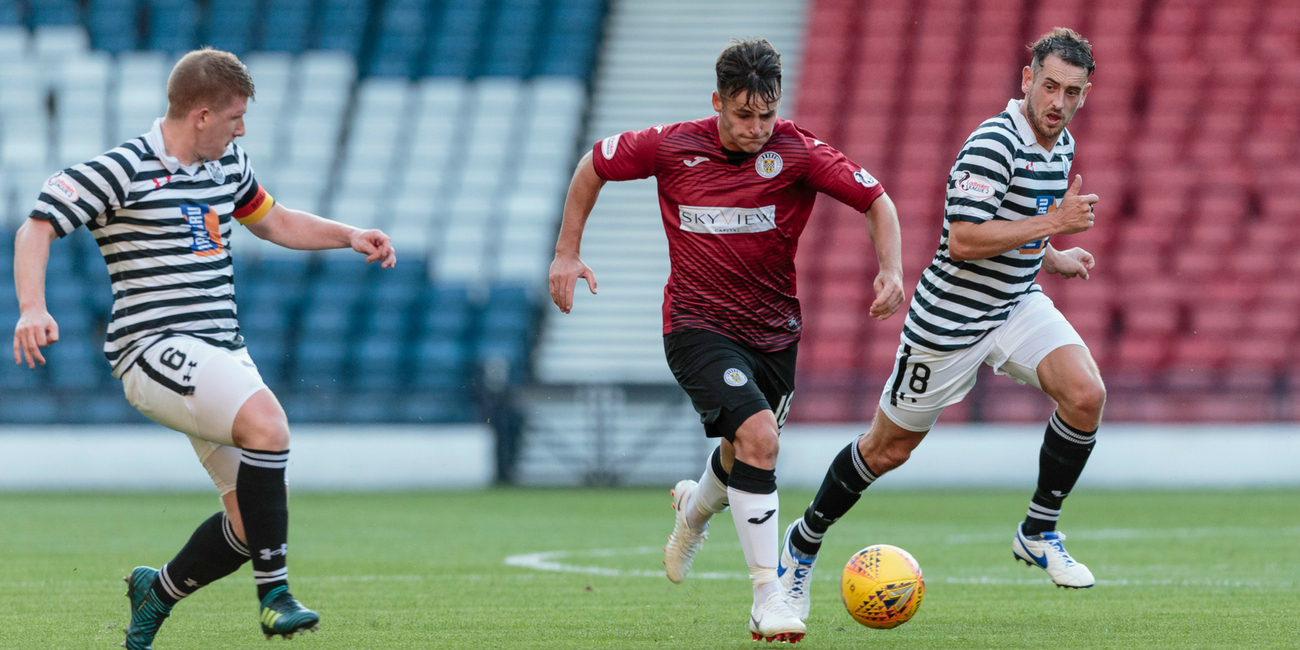 St Mirren take on Dumbarton in the final match of Group H in the Betfred Cup this afternoon.

Both sides are looking to keep their qualification hopes alive and only a win will do that for either side.

The Buddies are currently unbeaten in the group having drawn with Kilmarnock, Spartans and Queen's Park. Three penalty shoot-out wins in these matches has given Saints a total of six points heading in to today's match with the Sons. A win would see St Mirren finish on nine points which could be enough for Alan Stubbs' side to qualify.

Saints could top the group if we beat Dumbarton and Kilmarnock lose to Queen's Park at Rugby Park or draw and fail to pick up the bonus point.

However, if Kilmarnock win it will take a big effort for Saints to finish as one of the four best runners up and there are a number of different permutations that could see the Buddies qualify.

Dumbarton will be looking for three points that could also see them qualify. A win for Sons and defeat for Kilmarnock would see them top Group H and qualify for the last 16. The chances of Dumbarton qualifying as runners-up should they beat Saints and Killie top the group would be slim at best.

There were drastically different fortunes for both of today's sides last season. Both were in the Championship with the Buddies ending as the season as champions and Dumbarton relegated to League One through the play-offs.

In our four meetings with Dumbarton last season, Saints came out on top in three of them winning 2-0 twice at the Your Radio 103FM stadium and defeating Sons 5-0 at the Simple Digital Arena in March.

Dumbarton were one of only two sides to beat Saints in league action at Paisley last season when Tom Walsh's 80th minute strike gave Stevie Aitken's side a 1-0 win in December.

Saints could come up against a number of former players this afternoon with no fewer than four ex-Buddies in the Sons squad.

Stuart Carswell, Kyle Hutton and Calum Gallagher have all spent the last year or so with Dumbarton, while Rory Loy joined up with Aitken's men in the summer.

All four have spent varying periods of time, along with varying success, at Saints over the last three years.

The Buddies are still without Jordan Kirkpatrick, Gary MacKenzie and Adam Eckersley due to injury. New signing Matty Willock could feature if international clearance is received.

Kyle Magennis made his return to the first team as a second half substitute in Tuesday's draw with Queen's Park at Hampden. The midfielder could make his first start of the season this afternoon.

Tickets for today's match will be on-sale right until kick-off priced at just £12 for adults and £6 for concessions.

The Main Stand and West Stand will be open to St Mirren fans for this match with the Dumbarton fans getting access to sections M8 and M9 in the Main Stand.

If you are thinking about coming to The Simple Digital Arena for the first time on Saturday please click HERE for all the info you will need to make sure your match day experience runs as smoothly as possible.