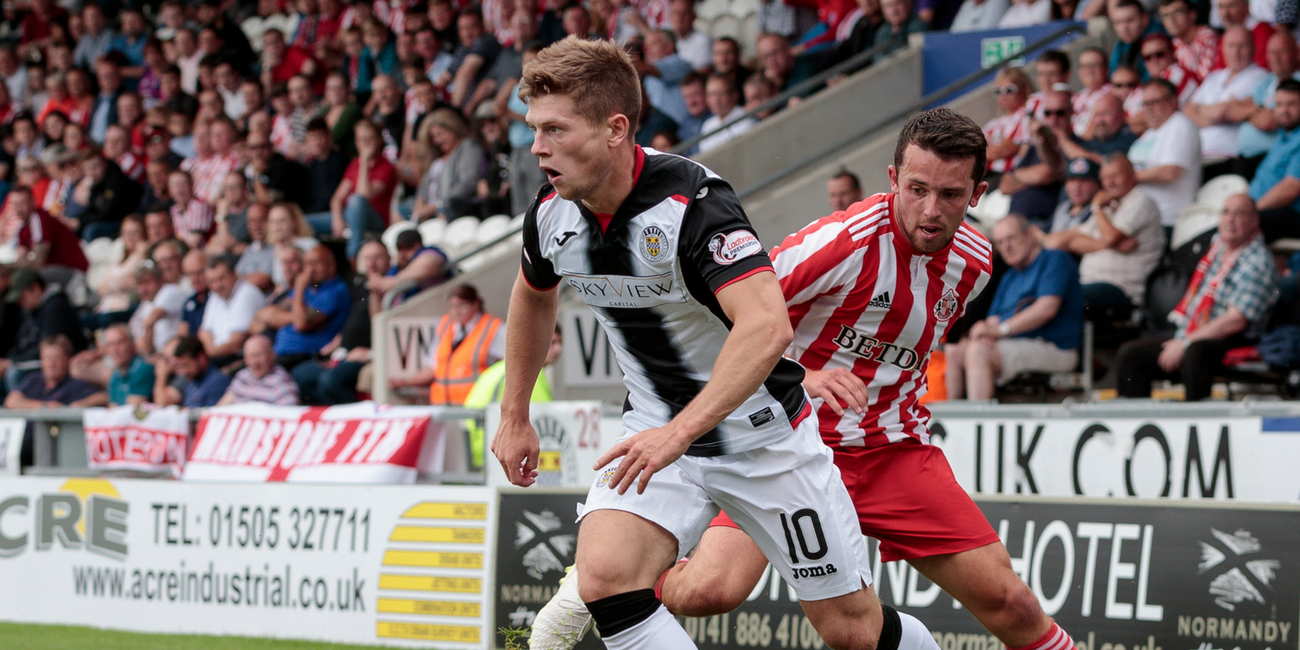 Alan Stubbs' side face Queen's Park at the national stadium this evening aiming to build upon the four points picked up in the opening two matches in Group H.

The Buddies began the season with an impressive performance at Rugby Park against Kilmarnock. Saints had several chances to win the match, but settled for a 0-0 draw with Steve Clarke's side before gaining a bonus point thanks to a 3-2 penalty shoot-out victory.

Four days later, the Buddies fought back from 2-0 down to draw 2-2 with Spartans at the Simple Digital Arena. Goals either side of half-time from Jason Stevens and Scott Maxwell had the Lowland League side in front. But Saints sparked a spirited comeback with substitutes Stephen McGinn and Danny Mullen scoring to take the game to penalties. The Buddies were perfect from the spot with Ross Stewart, Paul McGinn, Mullen, Ryan Flynn and Cammy Smith all netting to gain St Mirren another bonus point.

Saints come into tonight's contest on the heels of a pre-season loss to English League One side Sunderland on Saturday. Despite the loss it was another opportunity for players to gain fitness ahead of the Ladbrokes Premiership season opener in just over a week's time.

Queen's Park, meanwhile, have picked up three points from their opening two matches to sit just below St Mirren in Group H. In their opening game they were edged out 1-0 away to Dumbarton with ex-Saints forward Calum Gallagher scoring the only goal for the Sons.

Then, on Saturday, Gus MacPherson's Spiders came from 1-0 down to defeat Spartans 2-1 at Hampden. Jamie Dishington had put the Edinburgh side ahead on 52 minutes, but Queen's responded quickly with Scott Gibson heading home three minutes later to equalise. With 20 minutes remaining, Kurtis Roberts bagged the winner for the Spiders.

Tonight's match will be the first time the two clubs have come up against each other in competitive action since Saints defeated Queen's 3-2 at Love Street in the first round of the Challenge Cup back in 2003.

Depending on how results go in Group H tonight, Saints could see themselves top the group with just one match remaining. Jordan Kirkpatrick remains out while Gary MacKenzie is struggling with an injury. Kyle Magennis is back in training, but it could be too soon for the midfielder to grab a place in the starting eleven.

Tonight's match is pay-at-the-gate with adult prices at £14, concessions at £6 and Under 16's just £3. So get along to Hampden tonight and back Alan Stubbs' side.