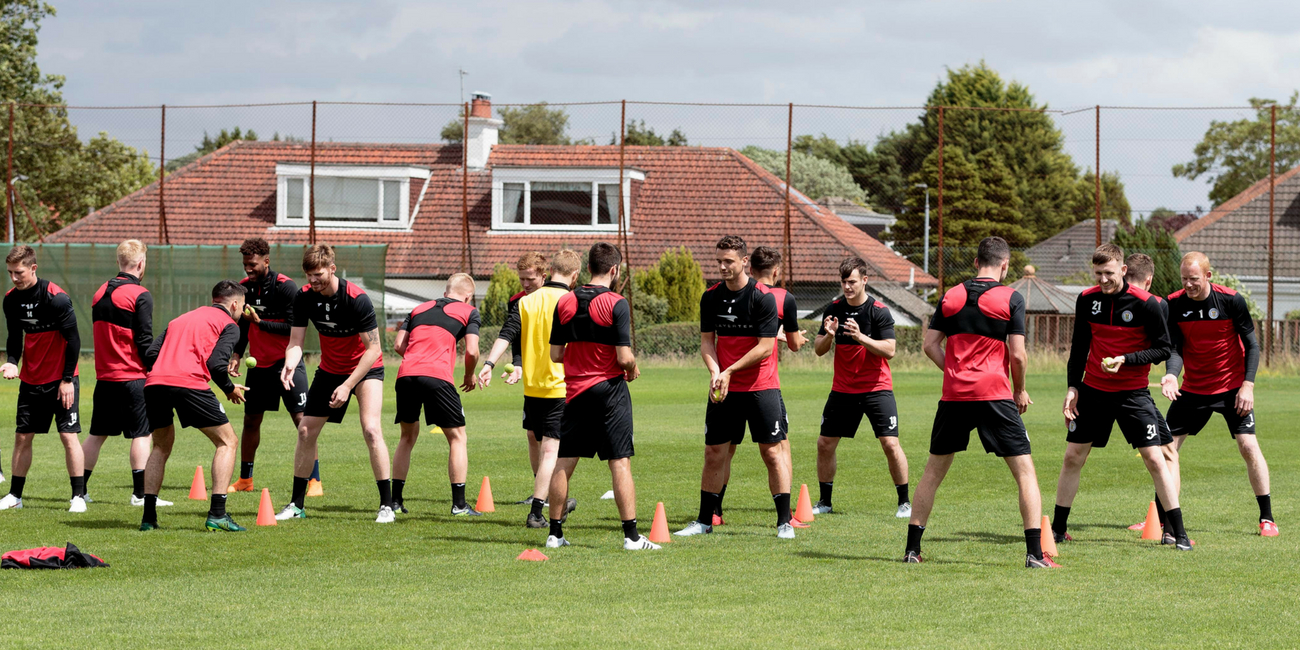 St Mirren's 2018/19 campaign gets underway this evening as The Buddies travel to Rugby Park to face Kilmarnock in the opening match of the Betfred Cup.

Alan Stubbs takes charge of Saints for the first time tonight after being appointed as manager on a three-year deal in June.

The Englishman took over from title-winning manager Jack Ross and has looked to put his own stamp on the team, bringing in five new players over the course of the last few weeks.

There could be debuts for a host of the new boys with Paul McGinn, James Kellermann, Jeff King, Josh Heaton, Cody Cooke, Hayden Coulson and Danny Rogers all having joined the club during the summer.

The Buddies come into tonight's match on the back of a pre-season training camp in La Manga. A friendly against Bolton was scheduled for last Saturday but was cancelled at short notice after an issue at the English club.

Like Saints, Kilmarnock visited La Manga during pre-season and also haven't played any pre-season friendlies ahead of tonight's match.

The hosts have lost influential Youssouf Mulumbu after the expiry of his contract but have added Mikael Ndjoli on loan from Bournemouth, while Stuart Findlay has signed a permanent contract after spending last season on loan from Newcastle. The Rugby Park outfit also announced the signing of Ross Millen on a six-month deal this afternoon.

Despite tonight being the first competitive match of the season for both clubs, it is likely to feel somewhat like a friendly as both look to build up their match sharpness ahead of the Premiership season beginning in August.

But with a chance to see new boys in action along with how Alan Stubbs wants his St Mirren team to play and the challenge of coming up against a Kilmarnock side who exceeded expectations last season, it's sure to be an exciting night for Buddies fans.

Speaking to stmirren.com earlier in the week, Stubbs said: "I'm really looking forward to it. Obviously Saturday's game against Bolton was disappointing, with it being so late.

"From our fans point of view as well, it was disappointing for them because they would have made arrangements for that day. It was obviously outwith our control, and something we couldn't do anything about. But from purely our side I was disappointed for our fans not to be able to see the early signs of the squad I'm trying to put together."