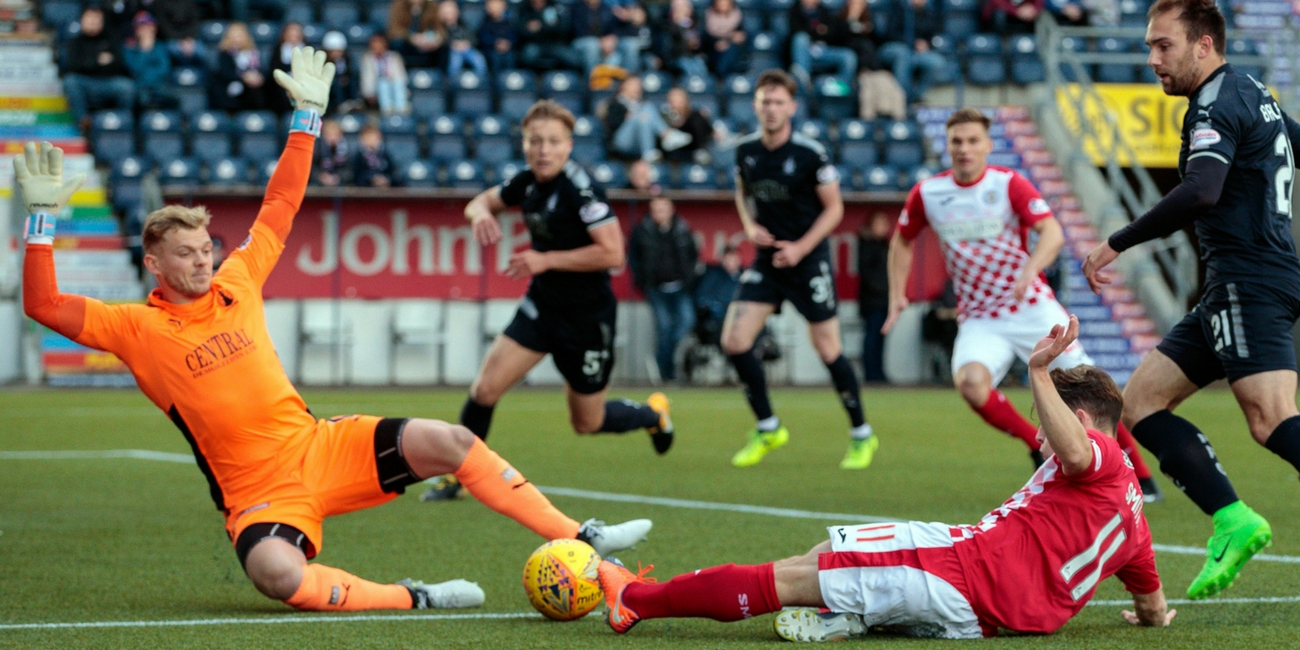 St Mirren's season draws to a close tomorrow afternoon as the champions travel to the Falkirk Stadium.

Ironically, it was against Falkirk that the Buddies' title winning season kicked off with a 3-1 win over the Bairns on opening day at the Paisley 2021 Stadium in August. Nathan Austin had given the visitors an early lead, but goals from Stelios Demetriou, Cammy Smith and Gavin Reilly saw Saints win on opening day for the first time since 2006.

It's been a disappointing season for Falkirk who will end the season in seventh place. The Bairns were expected to challenge for the title, but an early season slump saw Peter Houston leave the club and replaced by Paul Hartley.

Our only to the Falkirk Stadium this season so far came way back in October when the Buddies were held to a 0-0 draw despite Cammy Smith having a good chance right at the death to steal all three points.

Paul Hartley's side made their final trip to Paisley just over a week ago where they picked up all three points to secure their Championship status. Saints had gone 1-0 in front thanks to ex-Falkirk forward Myles Hippolyte's early second half penalty. But strikes from Joe McKee and Craig Sibbald in the last eight minutes of the match saw the visitors leave with the points.

Both sides will look to close the season on a high with a win, but it's sure to be a party for the travelling Saints fans tomorrow regardless of the result as the will show their support for the champions one last time before the season ends. There will also be a send-off for Falkirk technical director Alex Smith who takes in his last match before heading off to Australia for his retirement. Smith is certain to receive a great reception from both supports having been Saints' 1987 Scottish Cup winning manager.

Captain Stephen McGinn is out due to suspension, while Adam Eckersley will miss out again for the Buddies due to injury.

All the matchday info you need can be found here.