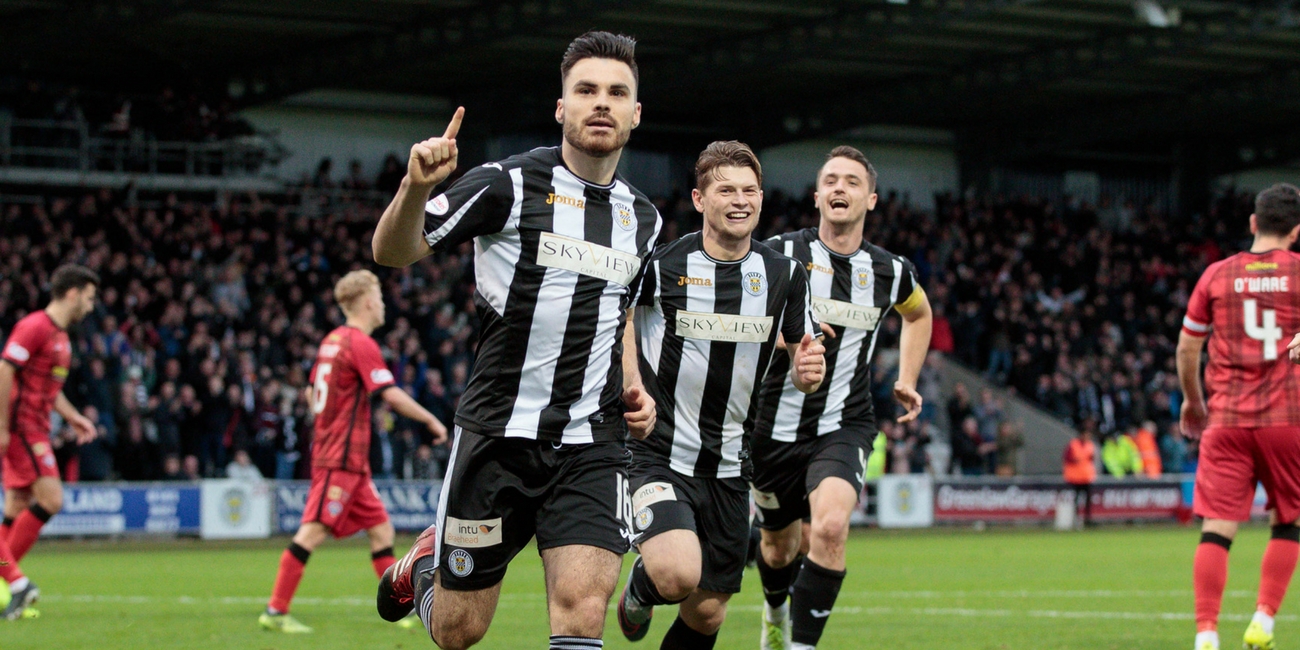 St Mirren will lift the Ladbrokes Championship trophy this afternoon in front of a sold out Saints crowd at the Paisley 2021 Stadium.

The Buddies secured the title last weekend with a 0-0 draw against Livingston and will hoist the trophy aloft following tomorrow's match against Renfrewshire rivals Morton.

It's the final home game of an incredible campaign for Saints who have won 22 of 34 league matches this season with 13 of those coming from 17 home matches. The 13 home league wins is a new record at the Paisley 2021 Stadium since we moved into Greenhill Road in 2009.

The Buddies will be keen to end the season on a high with a first win of the season against Morton. Saints lost the first meeting between the two back in August when they travelled to Cappielow. Cammy Smith scored a screamer to level before half time after Michael Tidser's penalty had given the hosts the lead. Jack Baird received his marching order early in the second half and Tidser stepped up to score his second from the spot. Further goals from Bob McHugh and Andy Murdoch gave the home side a 4-1 win.

The two next met in a controversial match in October when Morton came to the Paisley 2021 Stadium. Ian McShane put Saints 1-0 up in the second half from the penalty spot after Lewis Morgan was fouled. But the Ton equalised less than two minutes later courtesy of an Andy Murdoch strike from 25 yards out. St Mirren re-took the lead on 72 minutes when Gavin Reilly swept home a cross from Cammy Smith. The Ton equaled things up again though six minutes later when Gary Harkins squeezed the ball past Samson form the spot after Gregor Buchanan pulled down Thomas O'Ware at a corner.

Saints made their second and final trip to Greenock on January 2nd. The Buddies looked to be heading for all three points after Morgan's first half effort. But with a little over 10 minutes remaining Thomas O'Ware headed home for Morton to grab them a share of the spoils.

Morton haven't been on their finest form recently, having only won two of their last eight league games, which has seen them drop out of a play-off position and down to sixth in the table. Failure to win today for the Greenock side would officially rule them out of play-off contention.

The home side, despite securing the league title against Livingston last week, haven't been firing all cylinders the last couple of weeks either - losing twice and drawing once. Jack Ross will be keen to see the side return to winning ways in their last home game of the season.

The only team news for Saints is Adam Eckersley will miss out for Jack Ross' side with a calf problem, while Gavin Reilly is also a doubt.