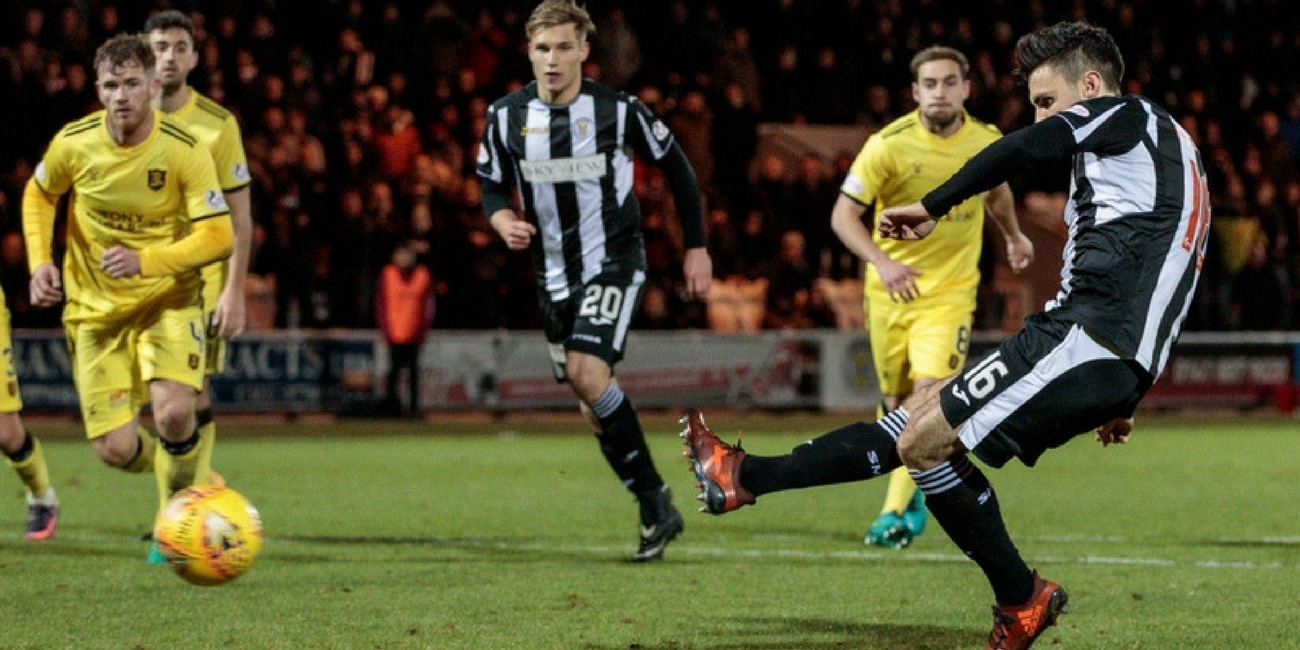 It’s third time lucky for Saints this Saturday, as they can clinch the title when Livingston visit the Paisley 2021 Stadium.

The Buddies only need one point from their remaining four fixtures to ensure they will be playing top-flight football again next season.

The team’s first chance at Championship glory came against Brechin City last Saturday, but required results elsewhere to go in our favour – which they did not. Tuesday night’s game against Dundee Utd provided Saints the first chance to win it on their own accord, but needless to say it wasn’t our night, as Billy King’s early goal was enough to see Dundee Utd run out 1-0 winners.

St Mirren go into the game on Saturday in pretty decent form, despite losing during the week at Tannadice. That defeat was their first loss in seven games, drawing one and winning the other five. The only doubt for the home side is captain Stephen McGinn, who has had problems with a hamstring injury as of late and was substituted on Tuesday night due to the reoccurrence of it. If he plays any part on Saturday remains to be seen.

Livingston’s form recently has also been exemplary, having only lost one league game in 13 games. That loss came 10 days ago when they travelled to Dunfermline and lost 1-0 thanks to Lee Ashcroft’s first half goal. They bounced straight back on Saturday though as they managed to beat Morton at home – and in turn prevented St Mirren winning the league at Brechin.

This will be the last time the two teams will face off this season, and it is a game that always provides goals.

The first league meeting between the sides was back in August at the Tony Macaroni Arena, where St Mirren had to dig deep to get a result after Gary Irvine was sent off on the 33rd minute. A Stephen McGinn effort that deflected off Craig Halkett gave Saints the early lead, but the central defender made up for his error five minutes later when he headed in a corner to tie the game. However, a second half double from Buddies top scorer Gavin Reilly meant the three points went back to Paisley.

The second match took place in Paisley, where the visitors went in at the break a goal to the good when Dale Carrick pounced on Craig Samson’s spilled stop to give The Lions the lead. Much like the previous encounter though, Jack Ross’ side had a second half resurgence and went on to dominate the rest of the game. Lewis Morgan equalised for the home team, before Adam Eckersley’s effort rebounded off the back of Livi keeper Alexander to put The Buddies in front. The victory was signed, sealed and delivered on the 78th minute when Ian McShane converted from the penalty spot after Jack Baird was hauled to the ground.

The last game was certainly one to forget for Buddies fans, when we fell to a 4-1 defeat in Livingston. The team got off to a flying start when Ryan Flynn got his first goal for the team within two minutes. The ecstasy was short lived though, because by half time Livingston were winning 3-1, with a goal from Lee Miller and a double from ex-Saint Ryan Hardie. Although St Mirren plugged away in the second half, it was to no avail. The Lions rubbed salt into the wounds by adding a fourth on the 94th minute, when Scott Robinson capitalised on a mix up between McGinn and Samson to lob the ball over the stranded keeper and into the net.

Saturday’s game will be the team’s second attempt out of five opportunities to win the league by their own doing. If you can, get down and support the team on what could be a day to remember for a long time.