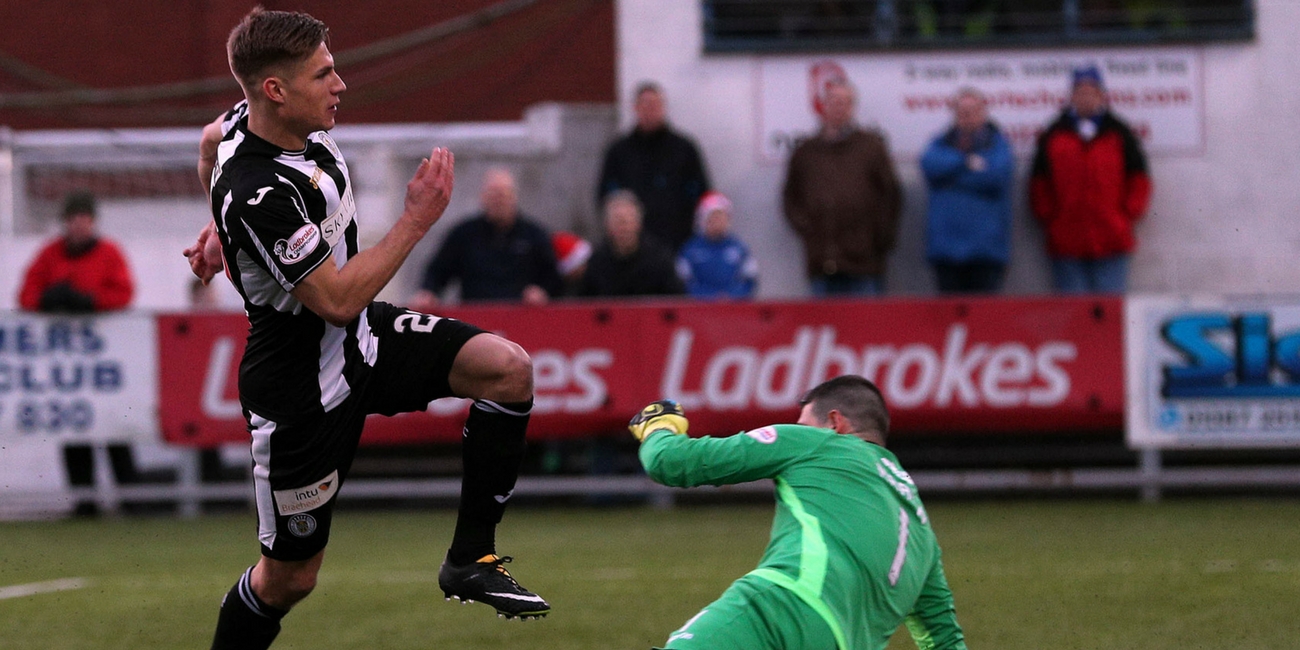 This Saturday will see St Mirren take on Queen of the South at Palmerston Park, as we enter the final quarter of the season with The Buddies still at the top of the Scottish Championship table.

This will be the last time the two sides will face off this season, with The Saints coming out on top on the three previous encounters. St Mirren's last league came against Dunfermline last Saturday, where the team ran out 2-0 winners comfortably in the end. The Doonhamers last game was on Tuesday night - their rescheduled fixture against Dundee Utd - where The Arabs won 3-1.There was some good news for Saint's fans during the week though, as title chasing Livingston failed to beat Morton. The game finished 1-1 after a late deflected effort from the West Lothian side crept inside the post to earn them a point.

The first meeting between St Mirren and Queen of the South this season finished 3-1 to St Mirren at the Paisley 2021 Stadium after a first half strike from Cammy Smith and a double from Lewis Morgan. The first goal came on the 24th minute, when a Liam Smith's cross was knocked down by Gavin Reilly and Cammy Smith moved his feet well before his effort on goal trickled through the hands of Queens' keeper Alan Martin. It was a quick-fire double for the home team though, as three minutes later Lewis Morgan pounced on a ball that fell on the edge of the box after another good delivery from Liam Smith. The tricky winger then unleashed a half volley into the bottom right corner, giving the keeper no chance to put Saints 2-0 up. St Mirren put the game to bed not long after the restart, when Morgan's long range strike on the 54th minute found the bottom corner again, after Queens failed to clear a short corner. The Dumfries side did get a consolation goal on the 64th minute through a header at the back post from Jason Kerr.

The first game at Palmerston was a pivotal game for The Buddies, as they went down 2-0 after just six minutes. A goal from Stephen Dobbie 19 seconds into the game gave the Doonhamers the lead, but it was the second goal on the 6 minute mark from Chris Kane that really rocked Jack Ross' side. In a spirited effort though, the team managed to pull back the two goal deficit before half time through a brace from ex-Queens player Gavin Reilly. The comeback was complete on the 68th minute when Gary MacKenzie got a toe on the end of a Kyle Magennis corner to make the score 3-2 Saints.

The last match took place only a month ago in Paisley, when two goals in the first half were enough to seal all three points for the home team. Liam Smith got his first goal for the club on four minutes when his audacious 25 yard shot flew into the top corner. The second was added 28 minutes later, when Harry Davis converted a penalty after John Rankin handled the ball inside his own 18 yard box.

Jack Ross has confirmed that Harry Davis will not take part this weekend, due to a previous knee injury he sustained a year ago, so the manager does not want to risk him on Palmerston's artificial surface. As one drops out another comes in though, as Lewis Morgan has been back in training this week and will be fit to play after his bout of tonsillitis.