Our final match before the World Cup break takes place on Saturday as Saints play host to Rangers in the cinch Premiership.

The match day officials for Saturday's match against Rangers are as follows:

The turnstiles will open to supporters from 11:30am. The St Mirren Ticket Office is open between 10am until just after kick-off.

The match is all ticket – tickets will be on sale (subject to availability) UNTIL KICK-OFF.  Tickets are on sale at the St Mirren Ticket Office and online at stmirren.com/matchtickets.

Starting from this match – and all other Celtic and Rangers matches going forward – tickets are only available to season ticket holders from this season and season 2021/22 and anyone that has purchased tickets for (and subsequently attended) at least two league matches at the SMiSA Stadium this season.

Rangers supporters can only get their tickets directly from Rangers.

International subscribers to St Mirren TV can continue to watch the match live as part of their subscription. Subscribers inside the UK and Ireland will receive live audio commentary.

The match is also being shown live on Sky Sports.

Can you help your fellow Buddies?

Ahead of what is set to be one of the toughest winters to date, St Mirren Football Club has launched a new initiative to collect warm clothing and jackets that we can then distribute throughout the local community.

We are asking that any fans attending against Rangers on Saturday 12th November bring along any warm items of clothing that they no longer require. We are hoping to collect as many winter jackets, jumpers, scarves, hats, gloves, boots and blankets as we can.

We’ve teamed up with Kibble and Scottish Leather Group to collect and distribute the clothing and ask that you hand in any donations at entrance points when arriving at the SMiSA stadium for the matches.

We’ll also be opening our doors to anyone not attending the matches this week. Items can also be dropped off at the SMiSA Stadium reception between 10am and 4pm, Monday to Friday. Likewise, winter clothing can be donated until Wednesday 16th November at the Security Gate for Scottish Leather’s Group’s Paisley factory on Turner Drive, Paisley PA3 4EP. Weekday drop-off hours at Scottish Leather Group are between 8am and 6pm, with weekend hours between 10am and 2pm.

We’ve been overwhelmed with generosity from fans to date and hope that, if you are able, you can support this new initiative and help a Buddie out. 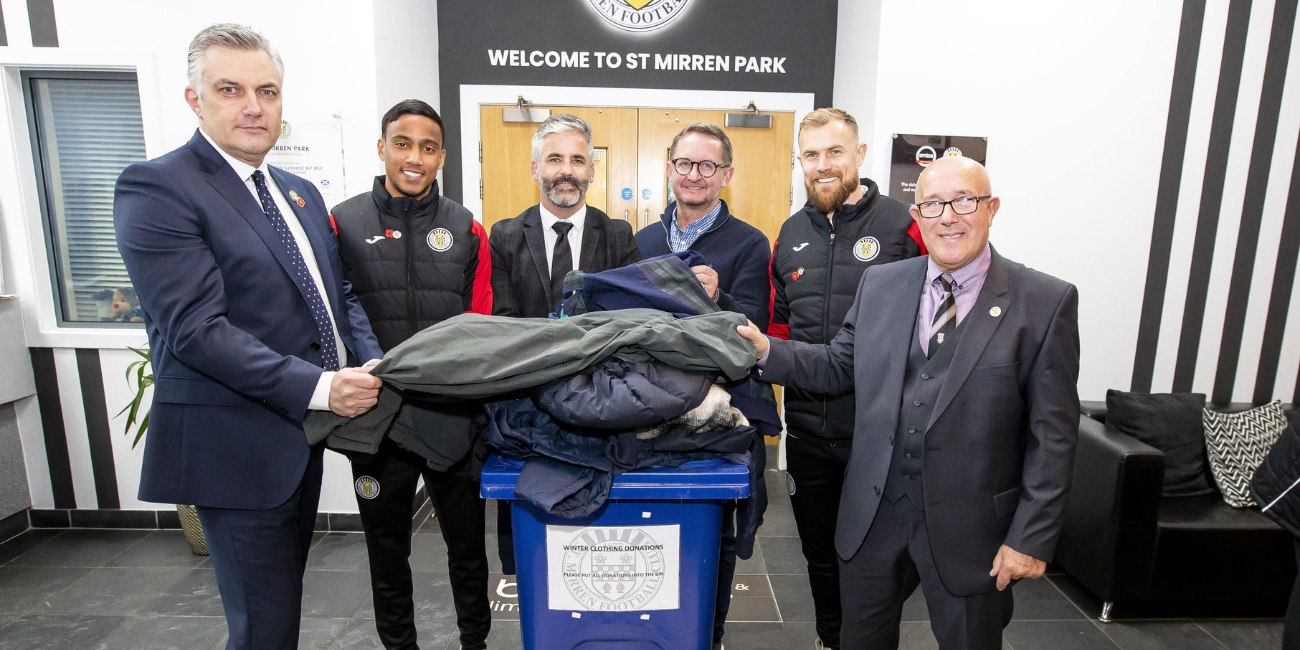 A number of changes have been made to our parking protocol at the SMiSA Stadium ahead of the new season.

The three zones (Red, Black and White) are explained and shown on the diagram below.

For hospitality and home disabled supporters (subject to availability).

To enter/exit Greenhill Road. Hospitality ticket to be shown for entry.

To enter/exit via Drums Avenue.

To enter/exit via Ferguslie Park Avenue. 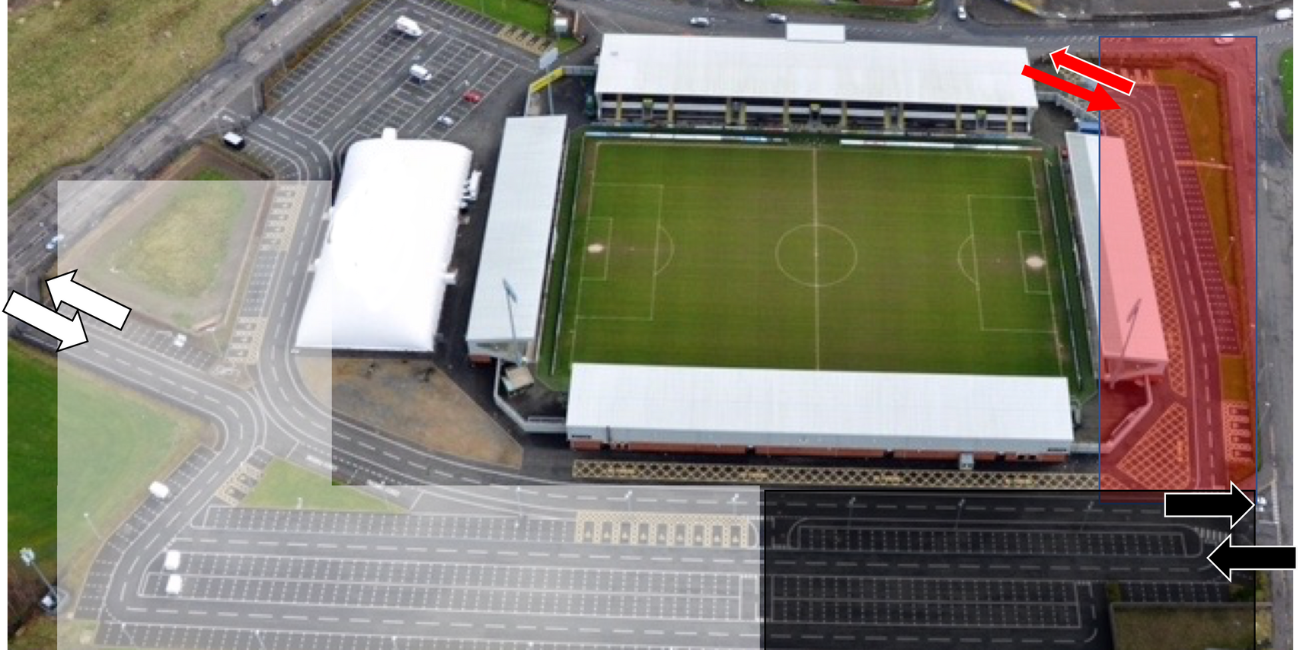