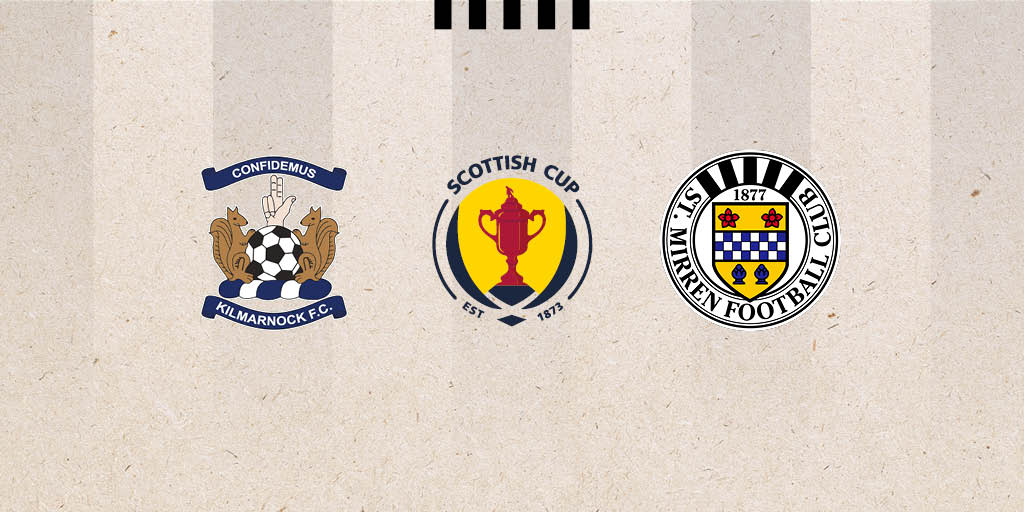 St Mirren are back in Scottish Cup action on Monday as Jim Goodwin's men travel to Rugby Park to face Kilmarnock.

The Buddies will take on Killie in the last eight after wins against Hamilton Academical and Inverness Caledonian Thistle in the third and fourth rounds.

Kilmarnock reached the quarter-finals after wins over Stenhousemuir (4-0) and Montrose (3-1).

Both sides come into the match on the back of wins in the Scottish Premiership on Wednesday night. Saints won 3-1 away to Ross County while Kilmarnock defeated Dundee United 3-0 at home.

This is the third time in the last five seasons that Saints have reached the quarter-final of the Scottish Cup with our last semi-final appearance coming in 2009.

Monday night's match will be shown live on the BBC Scotland channel.

St Mirren have faced Kilmarnock three times this season with each side boasting a win.

Saints were victorious in the last meeting of the two in the Scottish Premiership. Goals from Kyle McAllister and Jon Obika gave the Buddies a 2-0 win over the Ayrshire side at the SMiSA Stadium in February.

Neither side could be separated when St Mirren travelled to Kilmarnock for their first game of 2021. Danny Whitehall had given Killie an early lead before a 90th minute own-goal from Kilmarnock goalkeeper Danny Rogers earned Saints a share of the spoils.

Kilmarnock were 1-0 winners at the SMiSA Stadium in the first match between the two this season back in September.

Don Robertson is the referee on Monday night. He's assisted by David McGeachie and Kylie McMullan. Greg Aitken is the fourth official.