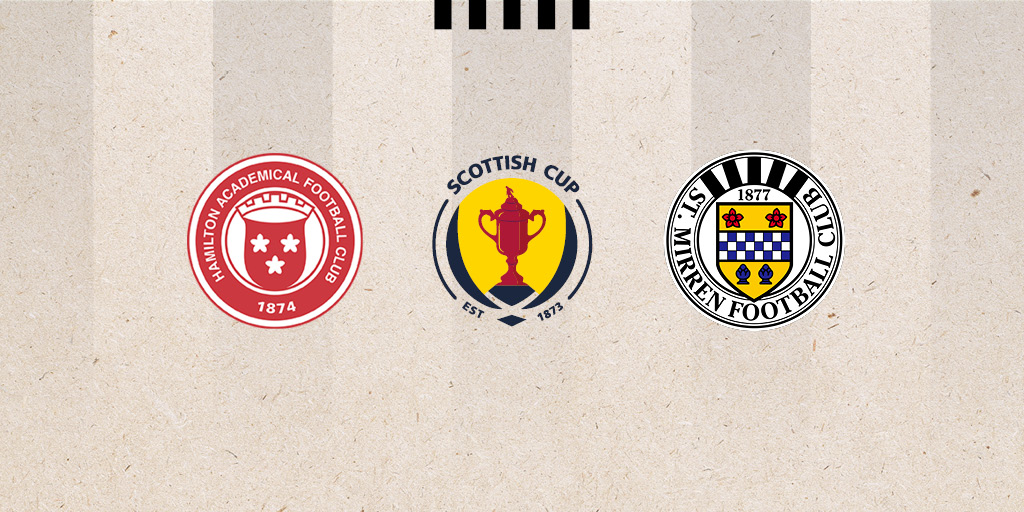 It's cup football for St Mirren this weekend as Jim Goodwin's men head to Hamilton in the Third Round of the Scottish Cup.

Saints reached the quarter-finals of the Scottish Cup last season after defeating Broxburn Athletic and Motherwell in the Fourth and Fifth Rounds respectively. A 2-0 loss to Aberdeen at the SMiSA Stadium saw St Mirren's cup journey come to an end at the last eight stage.

Hamilton defeated Edinburgh City 5-0 in the Fourth Round last season but were knocked out at the Fifth Round stage after losing 4-1 at home to Rangers.

Saturday's match will be shown live on PPV for £12. Frank McAvennie will be a guest on Accies TV. Click here to buy your pass now.

The match is also available in audio form to international subscribers on tv.stmirren.com.

St Mirren were the winners when the two sides last met in the Scottish Cup back in 2012.

A 0-0 draw at the SMiSA Stadium forced a replay. Saints were victorious in the replay at Hamilton with Graham Carey netting the only goal in a 1-0 win.

Saturday sees the two sides meet for the fourth time this season.

Saints have come out on top in one of the previous three fixtures - winning 1-0 at the FOYS Stadium in August.

The Buddies have drawn 1-1 with Accies in the last two fixtures. Indeed, Hamilton were the last opposition for Saints before the international break with an agonising late goal from Kyle Munro grabbing a share of the spoils for Brian Rice's men at Hamilton.

Euan Anderson is the referee on Saturday. Alan Mulvanny and Stuart Stevenson are the linesmen. The fourth official is David Lowe.