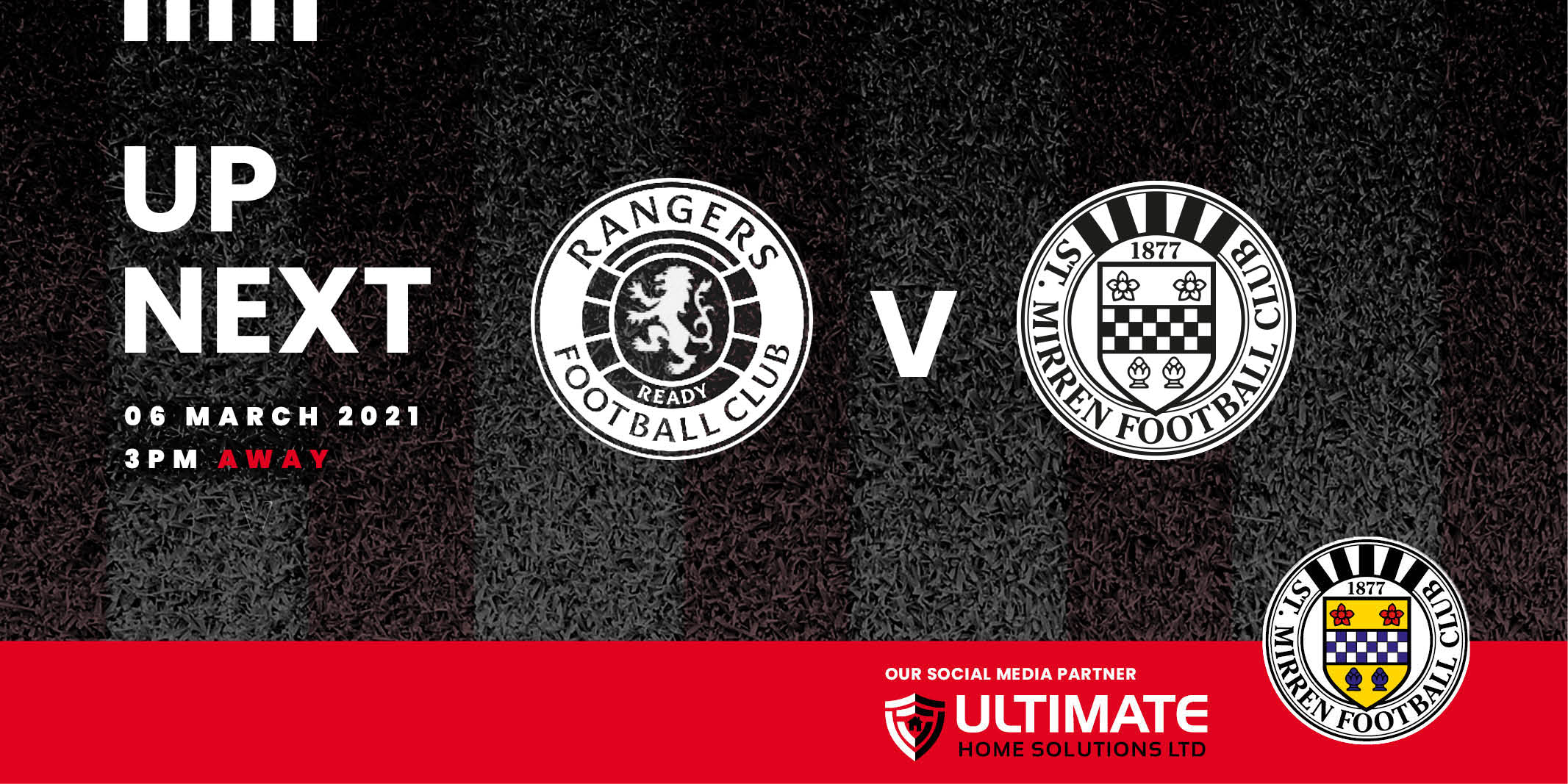 St Mirren head to Ibrox on Saturday to face Rangers in the Scottish Premiership.

Saints make the short trip to Govan on the back of a five match unbeaten run. Jamie McGrath's late penalty on Saturday gave the Buddies a 1-0 win over Ross County after a run of four draws on the bounce for Jim Goodwin's men.

It could be a big weekend for Saints as we looked to secure a top six place for the first time in the current league setup. A win over Rangers would guarantee our highest league finish since 1985. The Buddies could still guarantee a top six finish this weekend even without a win against Rangers - if St Johnstone and Dundee United lose their matches against Hibernian and Celtic respectively.

"Nobody needs to tell us how difficult it's going to be but we'll go there in a positive mindset.

"We won't be sitting in on our own 18 yard line for 90 minutes trying to grind out a draw. We're going to go there to take the game to Rangers and have a go.

"We've beaten Rangers in the Betfred Cup a couple of months back. I think we are the only team in Europe at the moment that has managed to do that. We're very proud of that and it would make it even more special if we could go to Ibrox and get a win in the league.

"We're within touching distance of it [the top six] now and we'd love to get it done sooner rather than later."

Saturday's match will be the fourth meeting of the two sides this season.

Saints remain the only side to have beaten Rangers domestically this season. The Buddies were 3-2 winners in a dramatic Betfred Cup quarter-final. Connor Goldson had given Steven Gerrard's side an early lead, but a brace from Jamie McGrath put Saints in front. The game looked to be heading to extra-time when Steven Davis scored an equaliser for Rangers only for Conor McCarthy to pop up in injury-time to secure a historic win.

The Ibrox side have won the two league meetings between the two - winning 3-0 at Ibrox in August before a 2-0 win at the SMiSA Stadium in December.

The referee on Saturday is Steven McLean. He is assisted by Daniel McFarlane and Gordon Crawford. Lloyd Wilson is the fourth official.