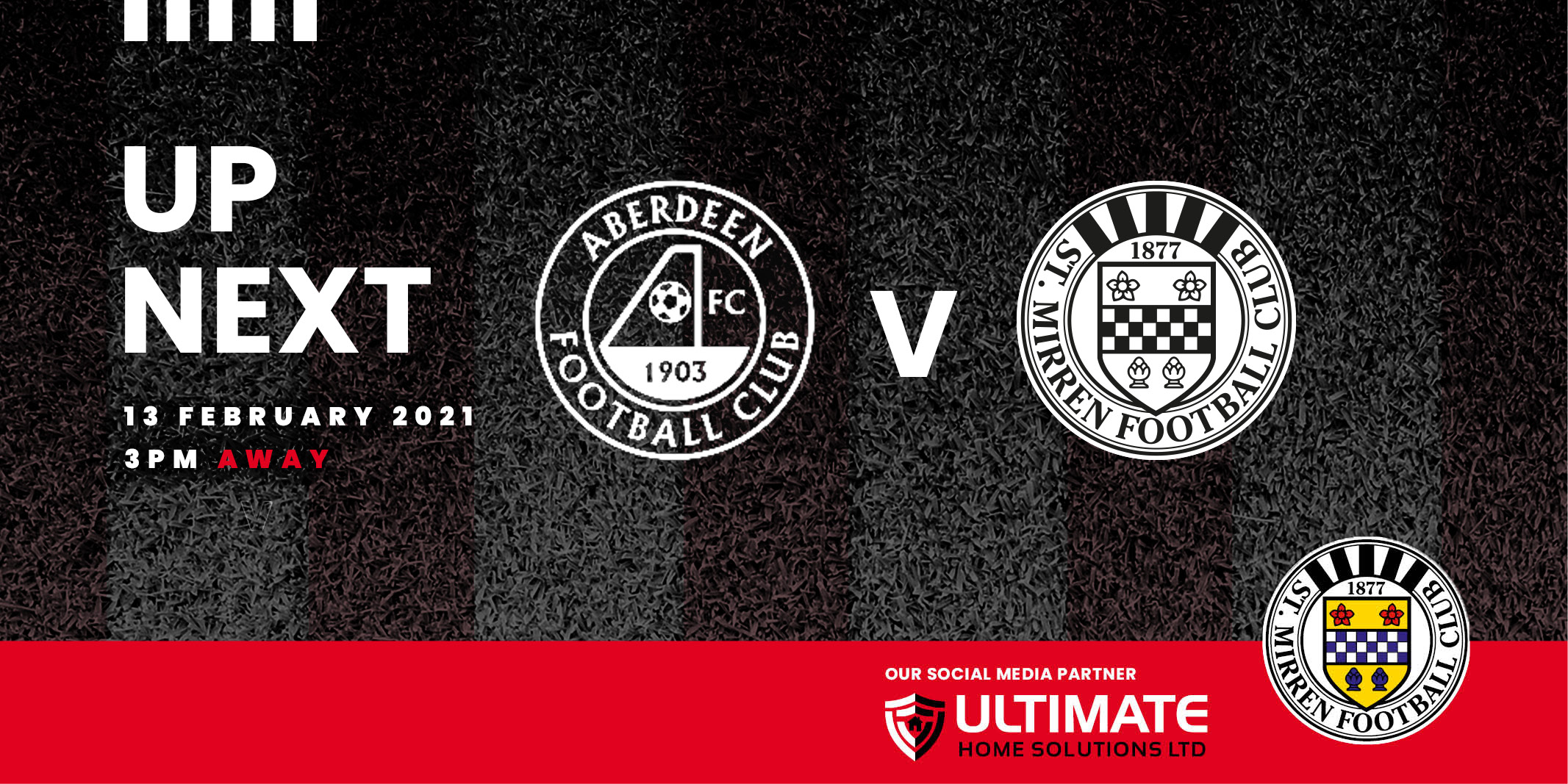 St Mirren get set for their fourth match of eight in February as the Buddies travel to Aberdeen in the Scottish Premiership.

Jim Goodwin's side go into the match having won three of their last five - two of which came on the road. The Buddies have been victorious in their last two away matches defeating Dundee United (5-1) and Celtic (2-1) at the end of January.

Saints have since won one and lost two of their three matches in February. A 2-0 win over Kilmarnock last Saturday was sandwiched between midweek losses to Hibernian (1-2) and Celtic (0-4).

Aberdeen come into Saturday's match having won just one of their last five matches.

The Dons defeated Motherwell 2-0 at Pittodrie on 23rd January, before going on to draw 0-0 with St Johnstone & Livingston and lose to Livingston (0-2) & Hibernian (0-2).

Aberdeen are offering pay-per-view for Saturday's match at a price of £12.99. Click here to buy now.

Saints and Aberdeen have faced off three times this season with very little to separate the two.

There has been one win each and a draw in the three meetings this season.

The first saw St Mirren narrowly edged at Pittodrie in October. Ethan Erhahon had given Saints a second-half lead, but Marley Watkins levelled 17 minutes later. The Buddies were left empty-handed when Lewis Ferguson struck in injury time to seal a 2-1 victory for the Dons.

Saints would come out on top when the two sides met at the SMiSA Stadium in the last 16 of the Betfred Cup a month later. Ilkay Durmus put the Buddies in front with an early free-kick before Niall McGinn equalised just before half-time. With the game heading to extra-time, Jamie McGrath scored a late winner for Saints to put us through to the quarter-finals.

Jim Goodwin's side hosted Aberdeen the following week in the Scottish Premiership. The sides couldn't be separated with McGrath equalising from the penalty spot after Jonny Hayes had put the visitors in front.

The referee on Saturday is Euan Anderson. He is assisted by Drew Kirkland and Joseph Lawson, while William Collum is the fourth official.