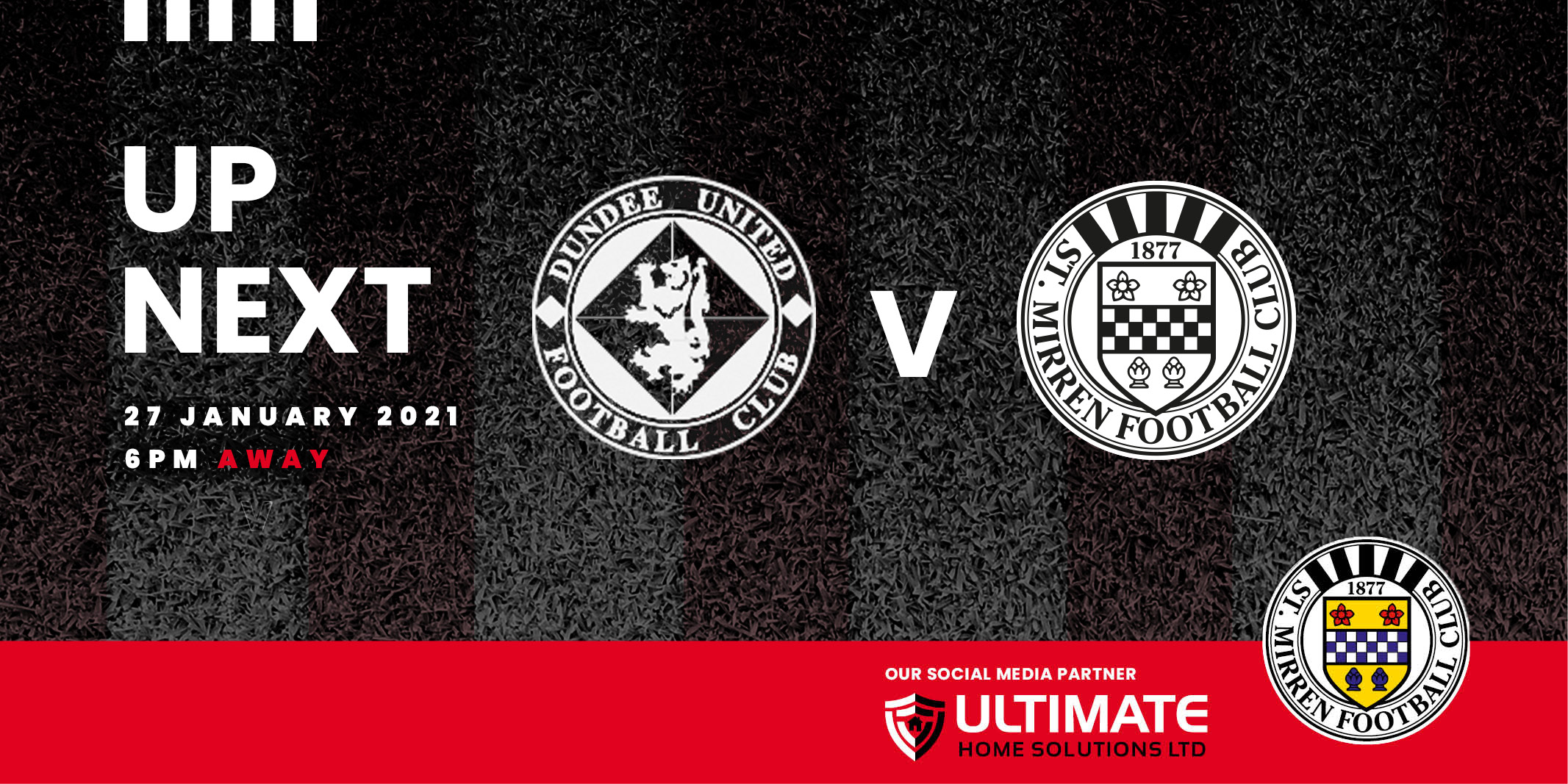 St Mirren are back in Scottish Premiership action on Wednesday night as Jim Goodwin's men take on Dundee United at Tannadice.

Saints will be looking to get their first win of 2021 on the board and quickly move on from the disappointment of losing the Betfred Cup semi-final against Livingston on Sunday.

The Buddies last win came on Boxing Day when we beat Ross County 2-0 in Dingwall. Since then there have been 1-1 draws against Kilmarnock and Motherwell and losses to Rangers (0-2), St Johnstone (0-1) and Livingston (0-1).

Dundee United are also searching for their first win in 2021 having not won since 23rd December. Mickey Mellon's side have drawn four of their last five Scottish Premiership matches, while losing the other away to Celtic.

Dundee United will be offering pay-per-view for Wednesday night's match at a price of £12.50. Click here to buy now.

"Dundee United are a very well-drilled and well-organised team.

"They have a really good defensive shape about them and are quite compact. We all know about the attacking threat they have too with Lawrence Shankland, Marc McNulty and Nicky Clark.

"We are going to have to make sure we are organised defensively and we have to come up with solutions to break down a very well-organised defence."

St Mirren have faced Dundee United twice this season but have yet to win against the Terrors.

Goals either side of half-time from Lawrence Shankland and Adrian Sporle had United comfortably ahead when Saints visited Tannadice in September. Despite Richard Tait being shown a straight red card on the hour mark, Saints pulled a goal back through Dylan Connolly but couldn't force a leveller.

Neither side could be separated when they met in Paisley at the start of November with a 0-0 draw played out at the SMiSA Stadium.

John Beaton takes charge of the action on Wednesday night. His linesmen are Graeme Stewart and Stuart Stevenson. Graham Grainger is the fourth official.