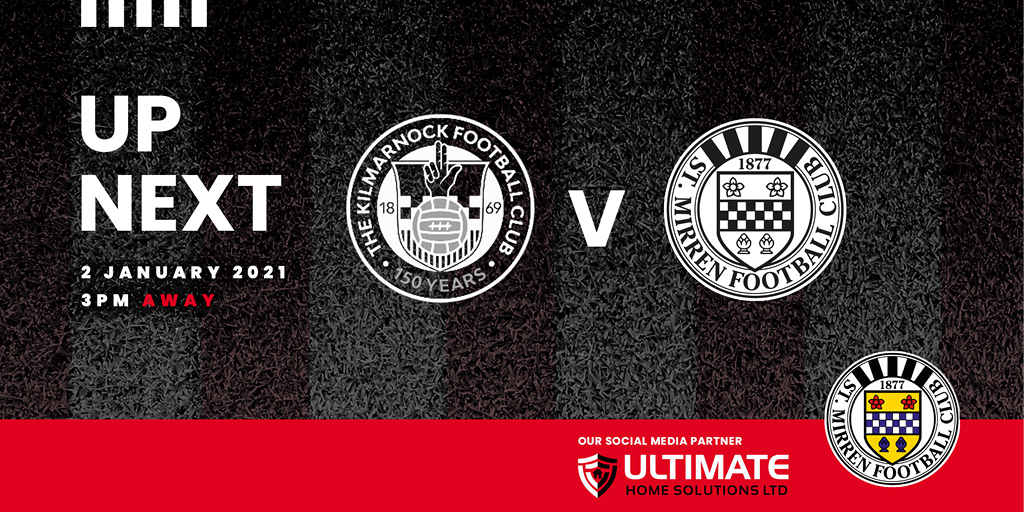 Saints are on the road for their first match of 2021 as Jim Goodwin's men head to Rugby Park to face Kilmarnock.

Despite a defeat to Rangers on Wednesday, the end of 2020 has been a positive one for the Buddies with Saints winning four of their seven matches in December and qualifying for the Betfred Cup semi-finals.

Kilmarnock ended a run of five defeats in a row with a 2-0 win over Motherwell at Fir Park on Wednesday.

St Mirren sit one point ahead of Kilmarnock in the Scottish Premiership heading into Saturday's match.

Saturday's match is live on PPV to supporters inside the UK and Ireland for £12.50. Click here to buy now.

"We know what kind of game we are going to be in for.

"They are a very physical, well-organised, hardworking team and we are going to have to match that physicality first and foremost and then get the ball down and the play kind of football we have been able to play recently.

"Kilmarnock are coming into the game on the back of a really good result away to Motherwell so you would imagine that will give them a real boost.

"I don't think they will make too many changes from the team that did well Motherwell and I would expect us to face the same eleven."

St Mirren have faced Kilmarnock once already this season with the Rugby Park outfit defeating Saints 1-0 at the SMiSA Stadium in September.

Saints were victorious in the last meeting between the two last season when Ilkay Durmus scored the only goal in a 1-0 win to end 2019.

Craig Napier is the referee on Saturday. He'll be assisted by Sean Carr and Stuart Hodge with Steven McLean the fourth official.