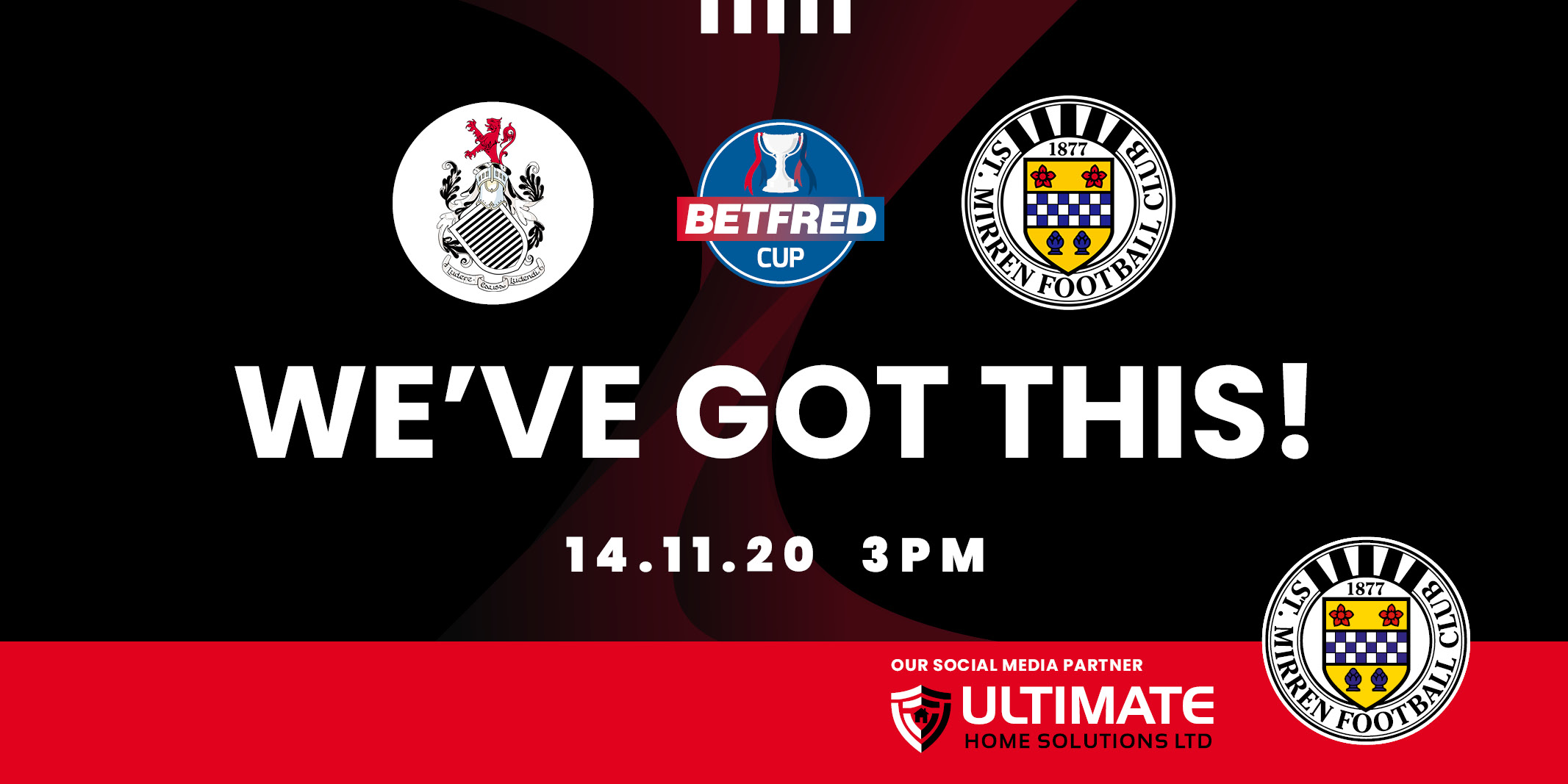 St Mirren could win Betfred Cup Group G and qualify for the second round when they visit Queen's Park tomorrow afternoon.

A win would guarantee top spot for Saints, while a draw could also be enough depending on the result between Partick Thistle and Morton.

The Buddies go into tomorrow's match in top spot with seven points. Jim Goodwin's men defeated Partick Thistle 4-1 in the first match of the group before picking up bonus points on penalties following draws with Queen of the South (2-2) and Morton (1-1).

Queen's Park cannot qualify for next round having lost all three of their Betfred Cup matches so far. Ray MacKinnon's side lost 2-0 to Partick Thistle, 1-0 to Morton and 3-1 to Queen of the South.

Queen's Park will be showing the match live on pay-per-view for £10. Details on how to sign-up are available here.

There will be audio commentary available to St Mirren TV international subscribers only.

"Queen's Park have some players who could be playing at a higher level. I am trying to make that point to the players that we shouldn't underestimate them. I think they are a club who could easily be competing in the Championship.

"They have a manager with great experience and have had a really good start to their league. They probably haven't had the kind run in the Betfred Cup that they'd hope for but I think that's down to how tough our group is.

"We are really looking forward to it. It's a chance for some of the lads to play at the national stadium for the first.

"We know if we win the game we will top the group and qualify and that's been our target from the beginning."

The last time St Mirren faced Queen's Park was in the Betfred Cup in July 2018.

Saints couldn't find a way past the League Two side that night with the game finishing 0-0. The Buddies picked up the bonus point after winning 5-4 on penalties.

The referee for tomorrow's match is Greg Aitken. The linesmen are Sean Carr and Colin Drummond.