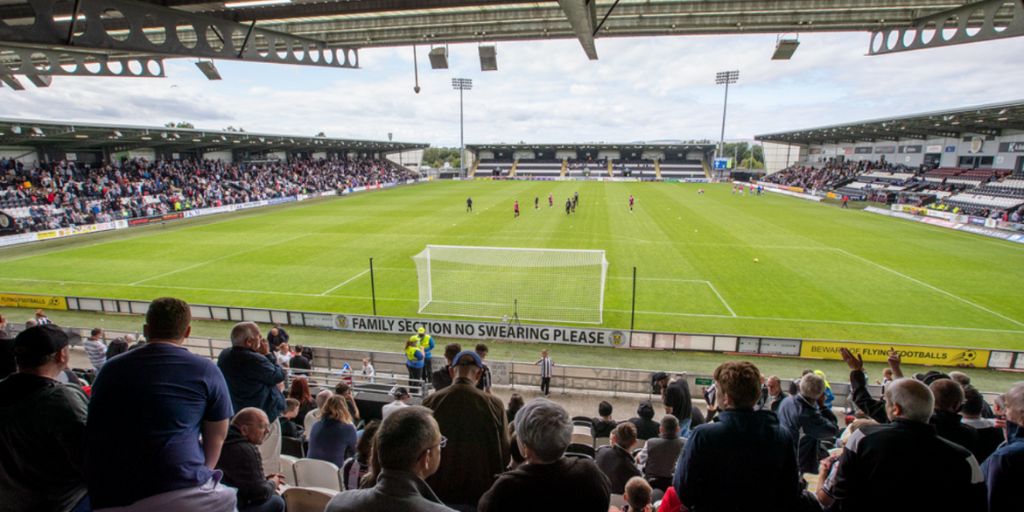 Following the recent fans’ survey, St Mirren Football Club is delighted to announce that it has been decided to retain the Tony Fitzpatrick Family Stand for St Mirren supporters at all home league matches in the upcoming season.

There was a significant response to our survey and we would like to thank everyone that gave up their time to take part in the survey. A majority of those who responded told us they wished to see home supporters retain the Tony Fitzpatrick Family Stand for all home league matches for the coming season.

Beyond the 2022/23 season, season tickets in the Tony Fitzpatrick Family Stand will include all home league matches. However, we hope season ticket holders will ‘top up’ their season tickets for the upcoming campaign so they can attend all matches in their chosen seats. Season ticket holders in the Tony Fitzpatrick Family Stand will be required to make a one-off payment of £30 for adults or £15 for concessions if they wish to add these matches and guarantee their own seat for fixtures against Celtic and Rangers in the 2022/23 season.

Further information on how to upgrade will be made available to all those who have purchased tickets in the Tony Fitzpatrick stand in the coming days.

There was strong support for the 'Help a Buddie' and voluntary £30 contribution schemes which has given the club the confidence to take this step. These initiatives are fundamental in helping sustain the current levels of income which, in turn, will allow us to retain three stands for our home support from now on. We will provide information on how to contribute to these in the days that follow.

St Mirren Chairman John Needham said: "We’ve listened carefully to our fans and today’s announcement is a huge vote of confidence in our supporters. They have made it very clear that they want increased numbers of St Mirren fans in attendance for all home matches.

"The decision to retain all three stands for St Mirren supporters for all home league matches is ultimately driven by our fans and that’s what’s allowed the Board to make this decision.

"Our supporters have been incredible in recent times, and as a fan-owned club their views are hugely important to us.

"We want to take this opportunity to thank our supporters for their loyalty and we look forward to working with the local community to encourage and welcome new fans as we set out to engage the next generation of St Mirren supporters."

The move is one of a range of new initiatives designed to further integrate fans at the very heart of the club and to increase the already high-levels of engagement within the local community. Based on excellent feedback from the survey, the board will also be working on other initiatives to increase income.

Primary schools and community groups will be a major focus for the club as part of ambitious new plans to significantly grow attendances involving the next generation of St Mirren fans.