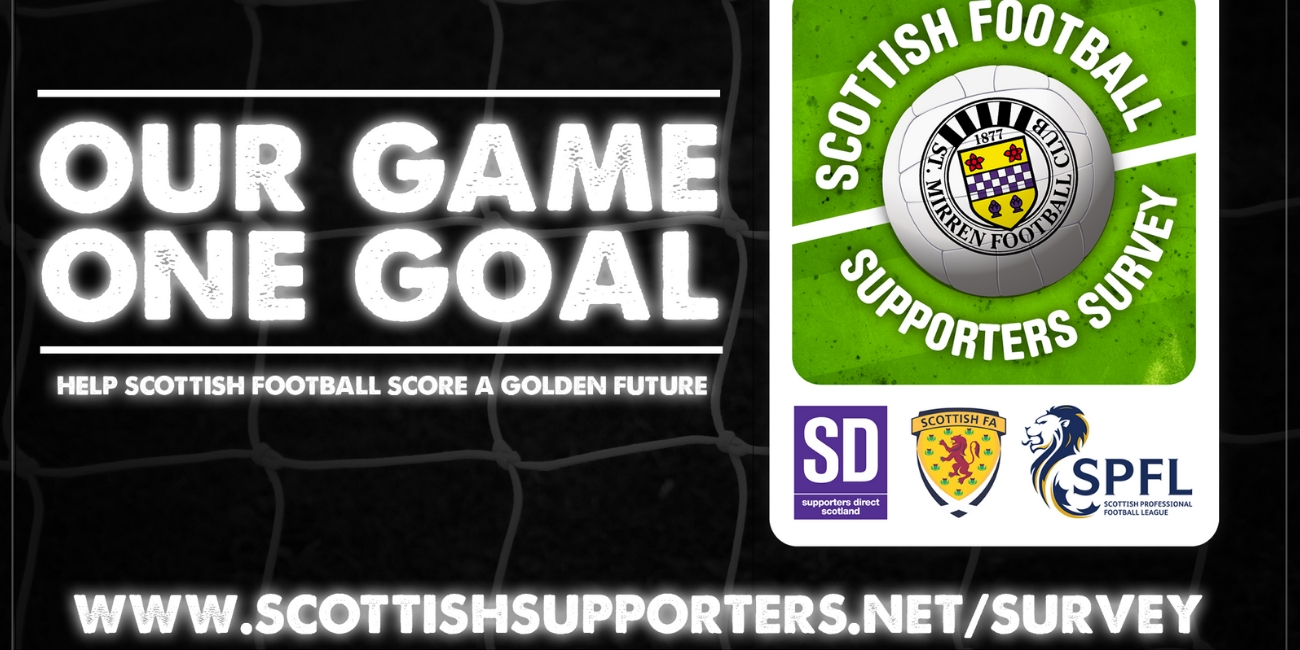 Officially recognised as the lead supporters’ group in Scotland by the Scottish Professional Football League (SPFL) and the Scottish Football Association (Scottish FA), Supporters Direct Scotland has established a formal means to engage with the game’s key decision makers and represent fans’ views.

Last year's survey helped to drive change, focussing on the three big themes of "Value For Money", "Fan Engagement" and "The Supporter Experience". These priorities are shared by supporters, clubs, and the Scottish FA and SPFL, and we have already seen progress in each of these areas. Progress and improvement will be tracked and supported by the three partner organisations, with this survey forming an integral part of a three-year benchmarking study which began last season.

You can read more about the results of the 2018/19 survey by visiting www.scottishsupporters.net.

This year’s findings will be reviewed by Supporters’ Direct Scotland, SPFL, the Scottish FA and communicated to all SPFL clubs together with insights for further improvement.

You can participate in the survey by clicking this link.

This season’s survey will run for three weeks closing on Sunday 15th September.