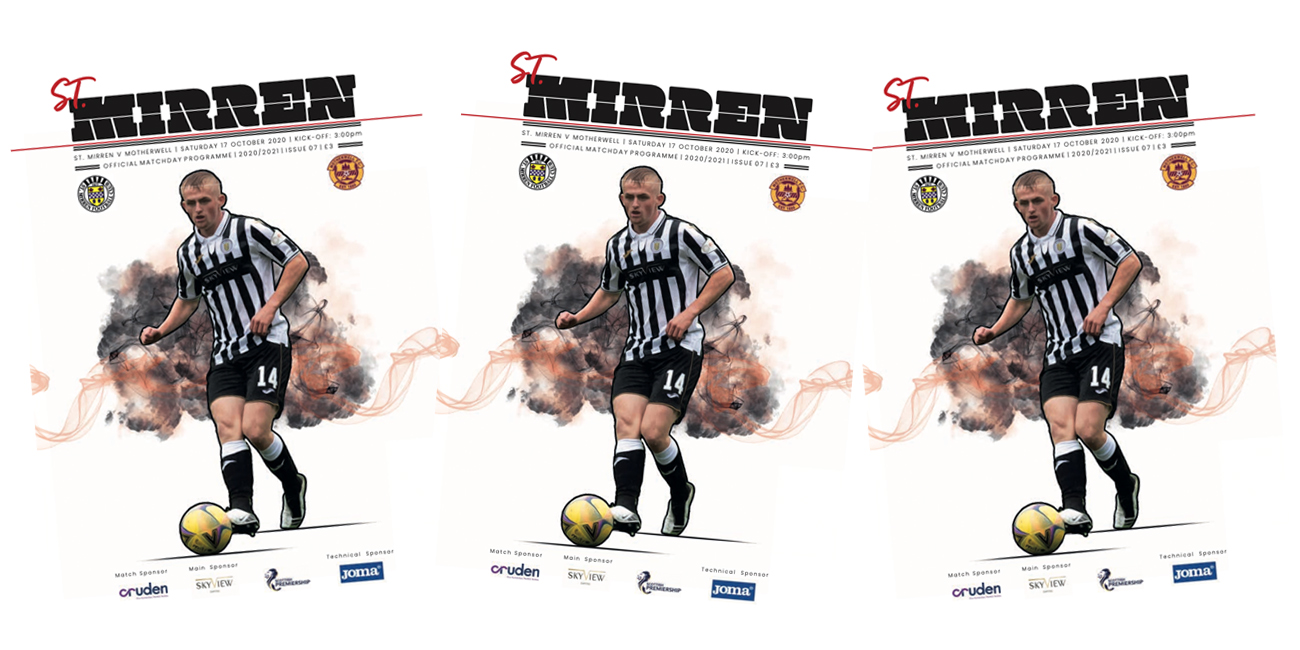 Saints are back in league action this Saturday as we host Motherwell at St Mirren Park for a Scottish Premiership match-up.

We have a limited edition run of programmes, published in partnership with Curtis Sport, for the behind closed doors Scottish Premiership fixture played on Saturday 17th October.

This latest edition includes the following:

Front Cover – Cammy MacPherson.
Jim Goodwin - The St Mirren gaffer's thoughts on the matches since Saints' last home outing and his take on the upcoming fixture against the Steelmen.
The Opposition – We run the rule over Stephen Robinson's Motherwell side.
Game Rewind Gallery – A pictorial look back on the match played between Saints and Motherwell on 5th April 2014.
St Mirren Programme Archive - Derek Drennan reviews the programme for the League Cup semi-final between Saints and Motherwell on 1st October 1955.
Centre Page Poster – Ilkay Durmus.
Player Kit Sponsors 2020/21 – Check in to see who is sponsoring your favourite player's shirt for the season.
Marketing Matters – Campbell Kennedy updates on the latest events and happenings at the club's Commercial Department.
Yesterday's Saints – David Cochran looks back on the St Mirren career of Alan Gebbie who was part of the Saints side that won the Scottish Cup for the first time in 1926.
Football Bloody Hell - Alan Gallacher states his case for Scotland to qualify for next summer's Euros.
St Mirren Fixtures & Results 2020/21 – A handy reference page of all the fixtures and results for this season.
Team Lines – The two squads and match officials for Saturday's match.

To buy this issue or to place your programme subscription for the 2020/21 season click HERE.