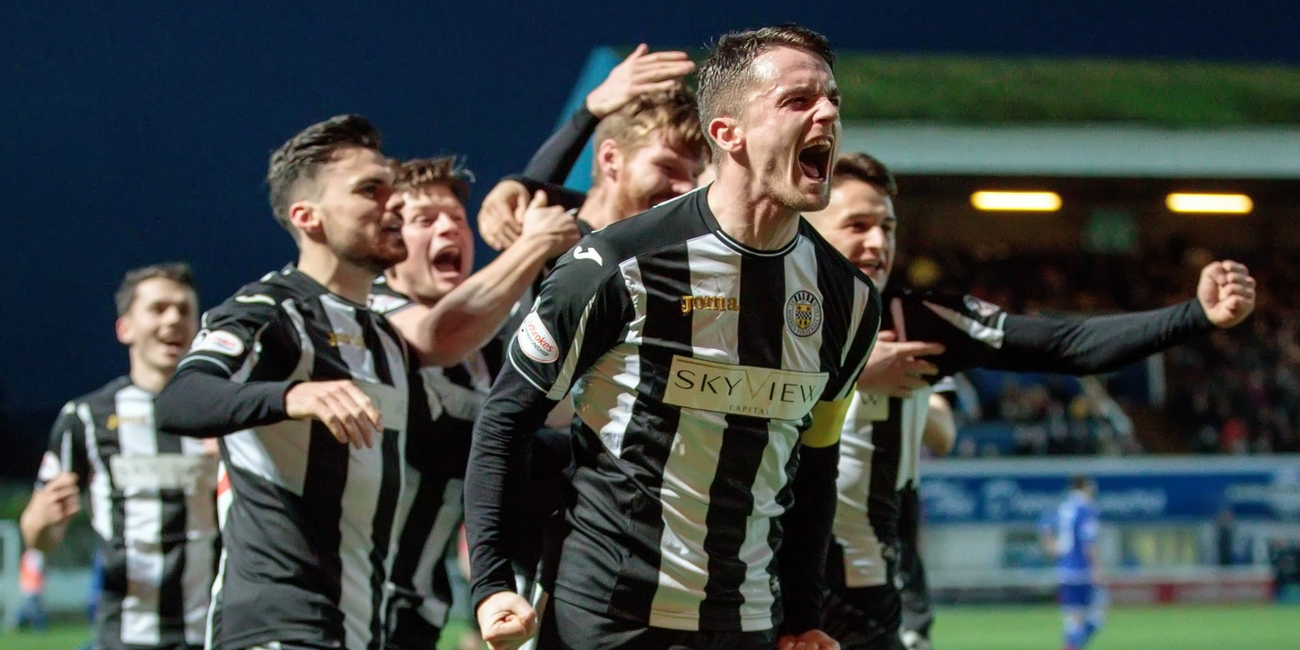 St Mirren Football Club is delighted to announce that captain Stephen McGinn has agreed a new two-year deal with the club.

The skipper has been instrumental in our promotion campaign and will now lead the Buddies in the Premiership next season after signing his new deal this afternoon.

Speaking to stmirren.com, Stephen said: "I'm delighted to commit my future to the club.

It's a club that holds a special place in my heart and to sign on for another two years after achieving promotion this season means a lot to me.

"We'll enjoy the next few weeks as we lift the Ladbrokes Championship title and then we can start to look forward to next season."

St Mirren manager Jack Ross said: "I have spoken often enough about how much of an influence he has been in what we have achieved here in the last sixteen months.

He took a big gamble returning to the club and I'm so pleased he has played such a big part in us achieving what we have.

"I'm sure everybody associated with the club will be delighted that he will be here for the next couple of years at least."

The club would also like to thank Paul McGrath and Consilium for their support with this deal.