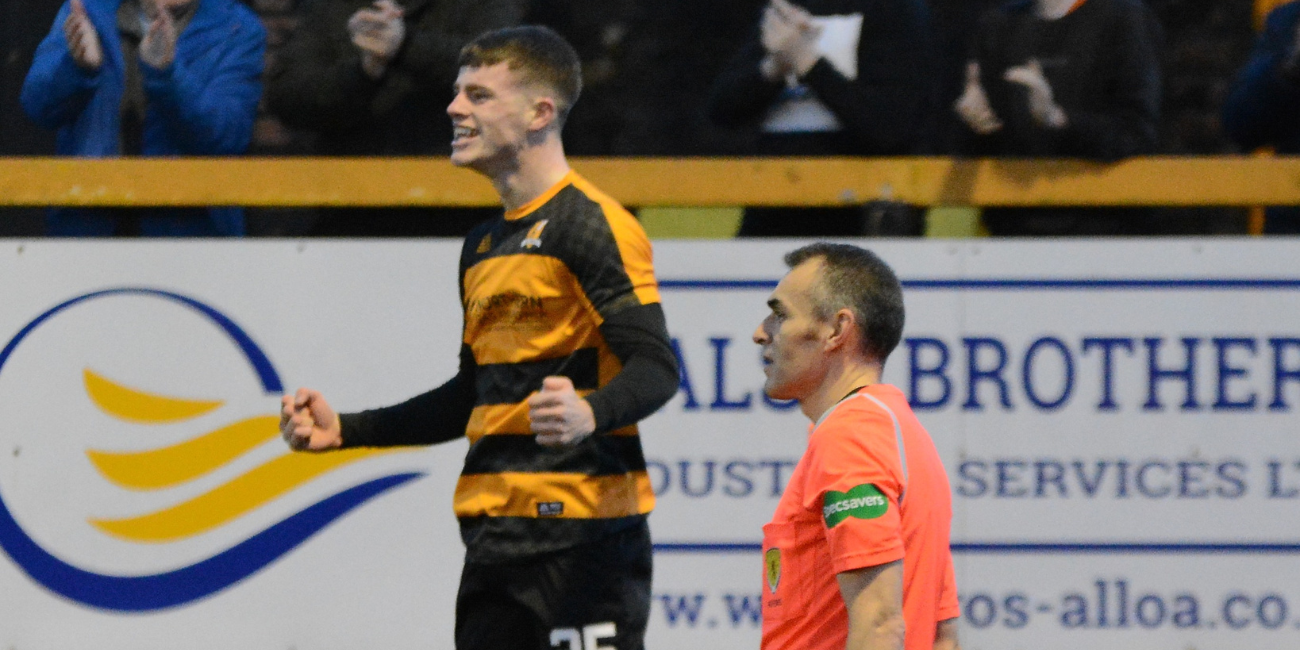 Kieran Offord scored for Alloa Athletic as they emphatically defeated Queen of the South 5-1 on Saturday. Kieran climbed off the bench on the 59th minute and scored just eight minutes later. That was the 18-year-old's second goal for Alloa this season as the Wasps moved into the League One play-off spots.

Kieran wasn't the only Saints loanee on the scoresheet this weekend as Lewis Jamieson scored for the fourth match running when he netted a late equaliser for Airdrieonians in their 1-1 draw with Peterhead. The Saints academy graduate has now scored six in his last four matches for the Diamonds. Dean McMaster also featured for Airdrieonians as a half-time substitution for Rhys McCabe's side.

Aiden Gilmartin and Ewan Thomson were second-half substitutes for Cowdenbeath as they were edged out in a 2-1 loss against Civil Service Strollers in the Lowland League.