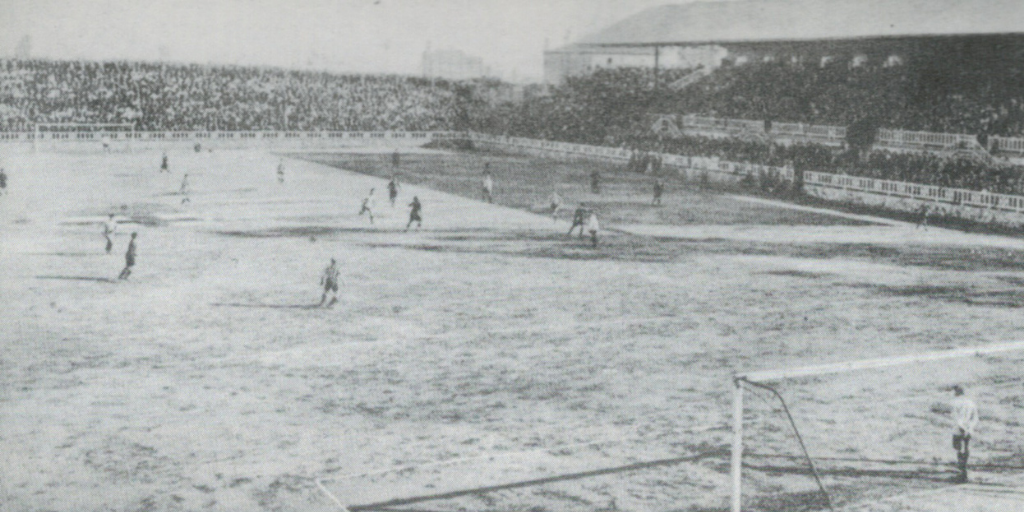 This month marks 100 years since St Mirren were invited, along with English side Notts County, to Spain by Barcelona to participate in the inauguration of their new £75,000 stadium at Les Corts.

Then St Mirren manager Johnny Cochrane took a squad of 14 players to Spain where several more matches were organised for the Saints. First up were a couple of matches against Barcelona/Catalan select teams, which were lost 1-2 and 0-1.

The official match to open the new Les Corts stadium took place on 25th May 1922 as Saints faced Notts County with more than 20,000 in attendance.

In blistering conditions, the first-half finished 0-0. During the interval, County sought the sanctuary of the cool dressing room while the Buddies remained on the pitch. This had the double effect of keeping the players acclimatised and also won over the Spanish crowd who got behind the team for the second half.

That support was rewarded when Dunky Walker put Saints in front ten minutes into the half and they were almost on full-time when County equalised to force extra-time. Towards the end of extra-time Saints got the winner, scored by, who else, Dunky Walker. After the victory, Saints were presented with the Barcelona Cup which still resides in the boardroom of the SMiSA Stadium to this day.

Whilst in Barcelona, Saints were treated to some good Scottish hospitality by ex-pats who were working at the J&P Coats Mill in nearby Sant Andreu.

The tour didn't end there though with the team moving on to Santander to play two matches against North Spain Select teams.

The first match in Santander was won 3-2. The second match saw some bizarre refereeing! Leading 2-1 going into the final stages of the match, Saints conceded a penalty which Keeper Jock Bradford saved. The referee then began to give some strange decisions in favour of the Spaniards, but Saints held out. In the 10th minute of injury-time the Select team were awarded another 'soft' penalty. Once again Bradford saved the kick, but the referee awarded a re-take and this time it was converted to level the scores. The final whistle went immediately afterwards!

After this, the Buddies defeated Gijon 7-2 with Dunky Walker claiming six goals. The following day however Gijon won a second match 4-1, but it could not dampen the satisfaction of an excellent tour.

Four years later, Johnny Cochrane would lead Saints to their first Scottish Cup triumph in front of 100,000 people with a 2-0 win over Celtic at Hampden.

A version of this article first appeared in the St Mirren matchday programme.