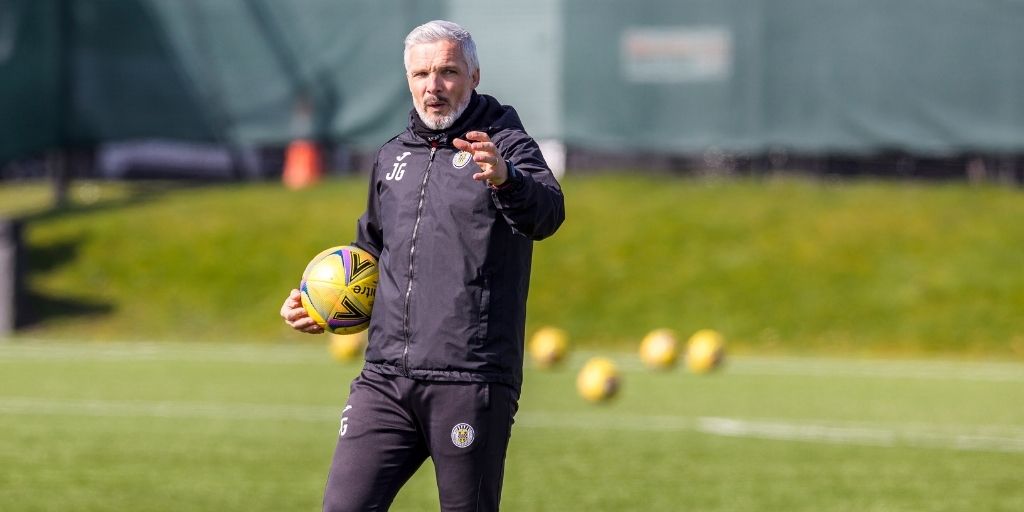 Jim Goodwin hoping work during break will pay off at Tannadice

Jim Goodwin hopes the work put in on the training ground during the winter break will pay dividends - starting at Tannadice on Tuesday night.

The manager confessed that the break came at a good time for his side with Saints ready to return to action against Dundee United.

The Buddies had to contend with a Covid outbreak which saw 12 first-team players miss out on a 0-0 draw with Celtic and a number also unavailable for Saints' Boxing Day trip to Ibrox before the cinch Premiership was halted early.

But the boss has a near full complement to chose from as his side get set for the trip to Tannadice following the resumption of top flight football.

We have had an opportunity in the break to press the reset button and to work on one or two things and hopefully that will pay off starting at Dundee United.

"The break came at a great time for us as a club. The Covid problems we had in the last two fixtures before the break were well-documented so it couldn’t have come at a better time for us.

"We had one or two injury concerns as well so we have had the best part of two and a half, three weeks to get everyone right so in the main we are in good shape going into the second part of the season.

"I think it's two teams that are desperately searching for any kind of a win to get some confidence and build up some momentum."

Reflecting on the first half of the season, the manager admitted that Saints have drawn too many matches and the side hasn't picked up the points he would have expected from the squad he has assembled.

The number of points we have accumulated hasn’t been good enough for the quality we have in the group. I have a good, competitive squad at the moment.

"We have had a ridiculous amount of draws this season, more than I can ever remember.

"We have drawn half our league games and if we could just turn three or four of them into victories it could put a whole different complexion on the league table."