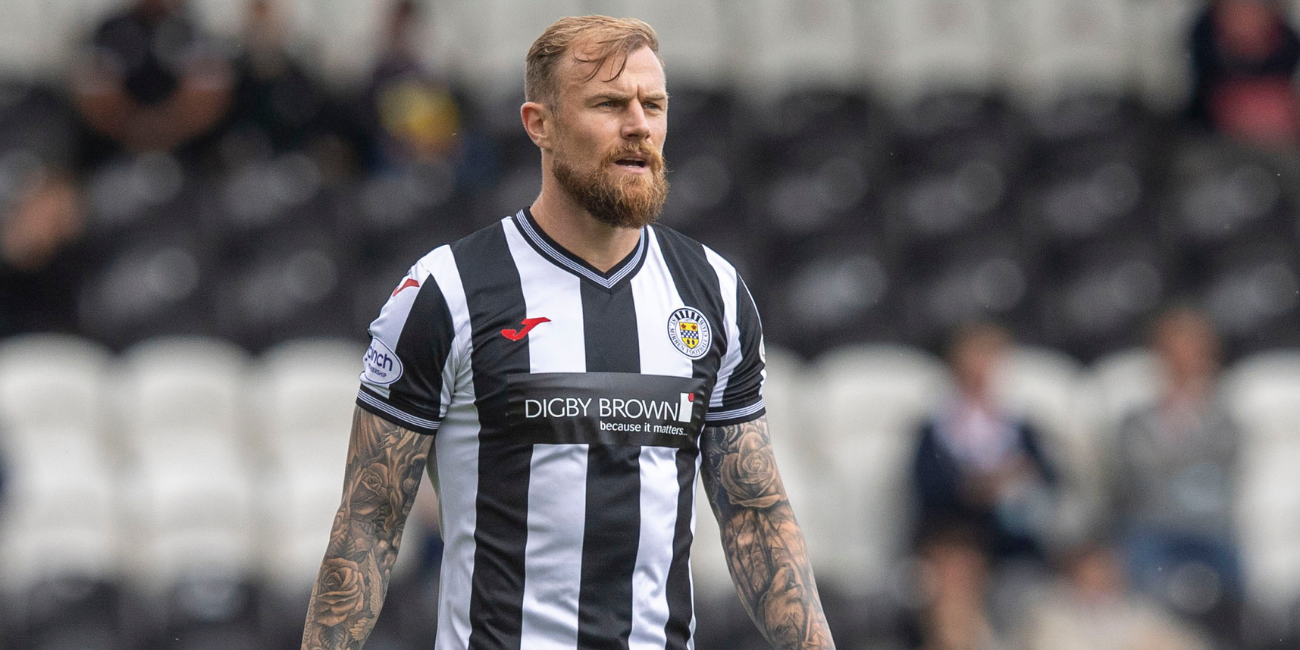 Richard Tait looks ahead to second half of the season

Richard Tait is raring to go for the second half of the season after the Saints returned from the winter break.

The Buddies kick off the next part of the campaign with a trip to Tannadice to face Dundee United on Tuesday - the first of seven games in 23 days.

Saints have drawn more matches than any side in the cinch Premiership and Richard says the aim will be to turn those draws into wins when the season resumes.

It's good to be back to training and back to business," the defender said.

"At the end of the day that's what we're here for - to play football - so I'm looking forward to the games starting next Tuesday.

"It's important you get a break. It recharges the batteries and you can reset your mindset.

"If we are honest with ourselves in the first part of the season we should have picked up more points than we did. We had a lot of draws so that'll be an aim in the back-end of the season - to turn those draws into victories and get three points."

You can watch Richard's full interview on tv.stmirren.com.

Subscriptions are available at £5.99 a month or £59.99 a year in the UK. International Buddies can subscribe from £14.99 a month or £149.99 a year for access to our full platform and live coverage of all cinch Premiership matches (live match coverage outside of UK and Ireland only).