It's a journey that began almost four years ago in the second-tier with Ryan arriving at Saints in January 2018 to help in our push for promotion to the top flight.

And in his near four years with the club, the 33-year-old has been a firm fans favourite at the SMiSA Stadium - earning the nickname Flynniesta for his composed performances in midfield.

After helping play his part in our title winning campaign, Ryan played an integral role in our survival the following season - scoring an important late winner against Livingston in March 2019. The Buddies would go on to beat Dundee United on penalties in the play-off final two months later to ensure their status in the cinch Premiership.

Despite an ACL injury which ruled Ryan out for nine months during 2020 he battled back to full fitness and has continued to be an important member of the St Mirren squad, culminating in his milestone appearance on Saturday.

Speaking to stmirren.com after the match, Ryan said: "I've enjoyed every minute and loved my time here at the club and hopefully there's a lot more to come.

Since I've been at this club I've felt at home and as I said I've loved every minute of it.

"It's nice to be back in with the boys and I'm just enjoying my football. You've always got to be ready in case you get that chance and I'm glad I'm taking that chance now. I'm enjoying it and happy to be playing games.

"Saturday was more frustrating than the other games I've played in recently. We should see that out. We're playing well at the moment but we just need to get those wins." 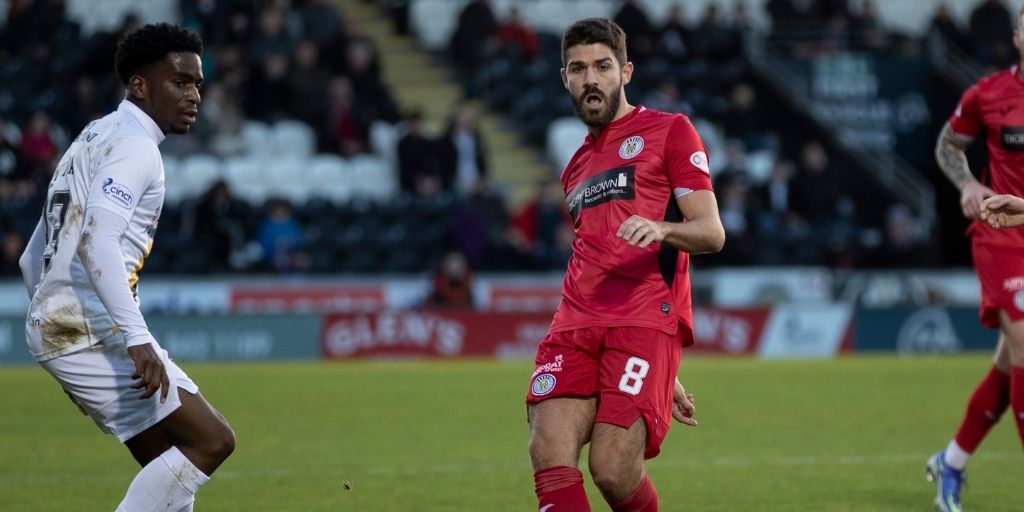 Ryan in action against Livingston on Saturday as he reaches milestone (Image: Allan Picken)

Saints boss Jim Goodwin was full of praise for Ryan after the match, saying: "I'm delighted for Flynny.

He's been a great servant to the club and terrific player for me since I came in a little over two-and-a-half-years ago.

"He's a great lad in the dressing room and a real model professional to the young lads in there.

"He never lets me down to be honest. I could throw him in at right-back, right wing-back, the sitting midfield position that he's played the last couple of games, and you know you're going to get a performance from him every single time.

"He deserved a win [on Saturday] and we're disappointed we couldn't get it for him."