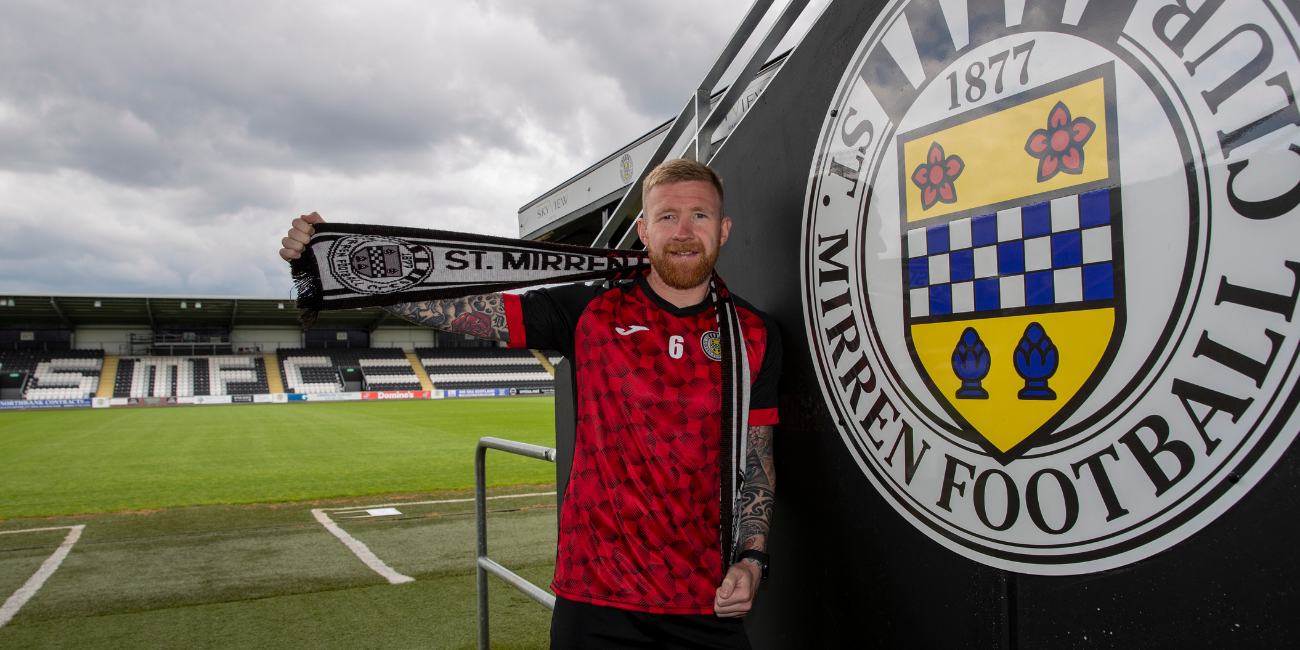 St Mirren Football Club is delighted to announce the signing of Alan Power on a one-year-deal from Kilmarnock for an undisclosed fee.

The 33-year-old Irishman had spent the last four years at Rugby Park after joining the Ayrshire side in 2017 following a six-year stint at Lincoln City.

Power also had spells down south with Nottingham Forest – where he made his senior debut in September 2007 – as well as Hartlepool United and Rushden & Diamonds.

He becomes the club's fifth new signing of the summer and joined up with the squad this morning as they returned to pre-season training ahead of the 2021/22 campaign.

Speaking to stmirren.com, Alan said: "I'm glad to get it done and dusted.

As soon as I heard there was interest I was pretty excited about it. St Mirren have been progressing over the past couple of years and I knew a good few of the lads.

"I spoke to Greg [Kiltie] quite a bit and it made it a lot easier for me knowing a couple of the boys.

"The gaffer believed in me and hopefully I can bring all the things he wants me to bring to the club.

"The setup here is amazing and it's definitely a club moving in the right direction."

Saints manager Jim Goodwin said: "Alan is a very experienced central midfielder with a wealth of experience in the Premiership.

He'll bring a real bit of steel to the middle of the park which we've lacked since I came back to the club. I feel we've missed that little bit of grit and someone who will go and make tackles and Alan will bring that in abundance.

"I'm really pleased with the work that we've done and I think it shows how hard we've worked from January onwards to get the business done as early as possible."