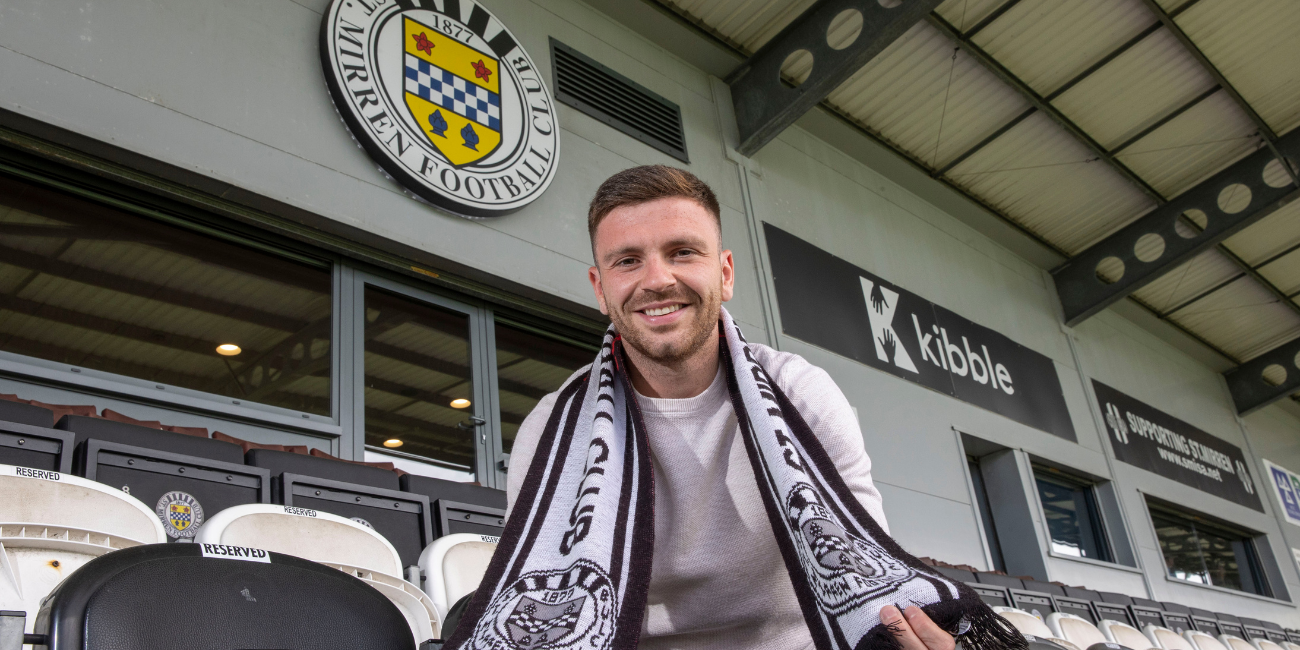 St Mirren Football Club is delighted to announce the signing of Greg Kiltie on a two-year deal.

The 24-year-old becomes Saints’ third signing of the summer transfer window following the expiry of his contract at Kilmarnock.

Kiltie began his career at the Ayrshire side and, ironically, made his senior debut against St Mirren as a 16-year-old.

The midfielder would go on to make over 100 appearances for Kilmarnock as well as having loan spells at Queen of the South, Morton and Dunfermline.

Speaking to stmirren.com after signing his deal, Kiltie said: "I spoke to the manager and he explained about the club and it's the right fit.

"The club sells itself. It's a very good club and showing ambition in terms of where it wants to get to as well.

"I play in front of the midfield and try to create opportunities or chip in with some goals so that's hopefully what I can do.

"He has had a really good season in a Kilmarnock team that has struggled, to be perfectly honest.

"He’s very creative, very direct, and positive in his thinking when he receives the ball, he wants to go forward, he wants to get shots off and tries to create good goal-scoring opportunities for his teammates around him.

"It’s another good character and we have great references on him, he is a pleasure to work with by all accounts, so I am really looking forward to getting him and to work closely with him as soon as pre-season starts next week.

"Not only will he assist goals but hopefully he’ll chip in with his fair share as well. We certainly saw that at close quarters in recent games where I thought he was excellent against us."