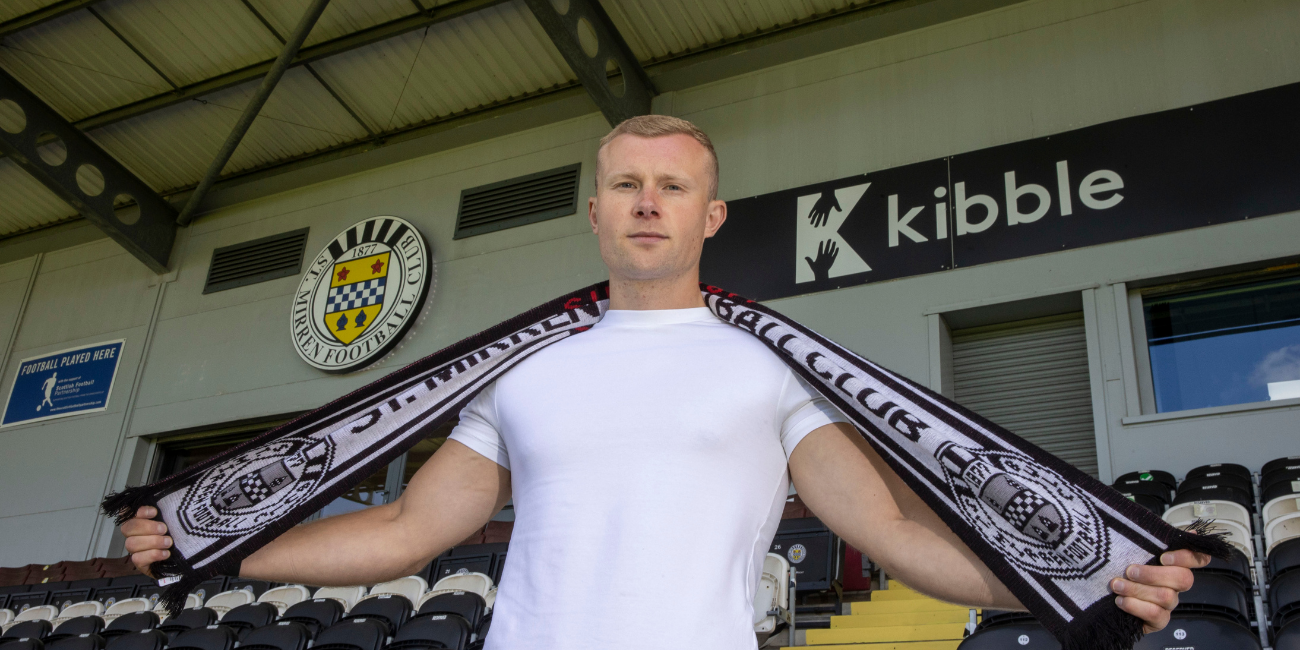 St Mirren Football Club is delighted to announce the signing of Curtis Main on a two-year deal.

The Englishman began his career at Darlington before winning a move to Middlesbrough. He had further spells down south with Shrewsbury Town, Doncaster Rovers, Oldham Athletic and Portsmouth before joining Motherwell in 2018.

Main helped Motherwell reach the 2018 Scottish Cup final with two goals in a 3-0 win over Aberdeen in the semi-final.

His form at the Steelmen helped him win a move to the Dons where he featured 42 times and scored seven goals. In January of this year, Main re-joined Shrewsbury on a short-term deal. Main is now a Buddie until summer 2023 after agreeing his two-year deal.

"I’ve spoken to the manager on numerous occasions over the last couple of months and I’m finally here and looking forward to the challenge.

"The manager wanted to bring me to the club to do what he knows I’m capable of doing. Having that backing and belief from the manager is a key thing for anyone coming into the club.

"I’ll always give everything. I’m quick, strong and powerful and I love to win."

Saints manager Jim Goodwin said: "Curtis is a physical, strong centre-forward who will be a great addition to the squad and gives me four very good strikers now to choose from with Brophy, Dennis, and Erwin as well.

"I’m really pleased to get Curtis in,” he continued.

"He’s the right character for us as well, he’s the right temperament and a real leader both on and off the pitch. I’m just delighted we are able to get it over the line to be honest."