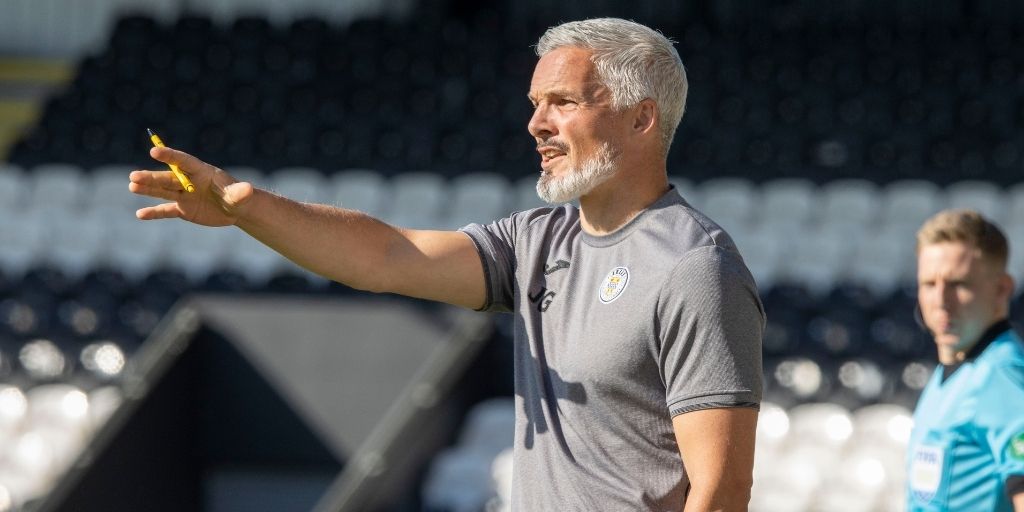 Jim Goodwin aiming to add another five to squad

Jim Goodwin aims to add at least another five players to his squad following the signing of Charles Dunne last night.

The Irish defender became Saints’ first signing of the summer when he agreed a two-year deal with the Buddies.

The manager was delighted to add Charles to the squad and now hopes to press on with getting more in the door with a number of players on the radar.

Speaking to stmirren.com, Jim said: "We have been speaking to agents for a number of months.

"We have been making contact with a number of people. You would like things to happen yesterday, but unfortunately there is a process in place where those players we are linked with are good players and have other options with other clubs, so we just have to be a little bit patient.

"We are working tirelessly behind the scenes and we would probably like to add, along with Charles, another five to the current squad. If we can get the ones I’ve identified in then we will be in a great position come the start of the season."

The manager also confirmed that contract negotiations are ongoing with Dylan Connolly with the hopes of an agreement next week, while a contract offer remains on the table for Jake Doyle-Hayes.

"Dylan enjoys it here and he has played some of the best football of his career last season in a number of games. I have a good working relationship with Dylan I think he sees the potential to develop here."

"I’m quite honest and frank in the discussions with him in terms that he still has a bit to improve, but I think Dylan can recognise the benefits of being here and playing in our team. He just needs to add a bit more consistency to his game for me, but yeah hopefully we will get that one over the line early next week."

One player who won’t be at the club next season is Ilkay Durmus with the manager confirming the Turkish winger’s exit following the expiry of his contract.

"Ilkay has decided that he wants to go home and it’s unlikely that he will be in Scotland at the start of next season. He certainly won’t be wearing a St Mirren strip unfortunately.

"He’s done great for me for the last couple of seasons and I wish him well wherever he ends up."