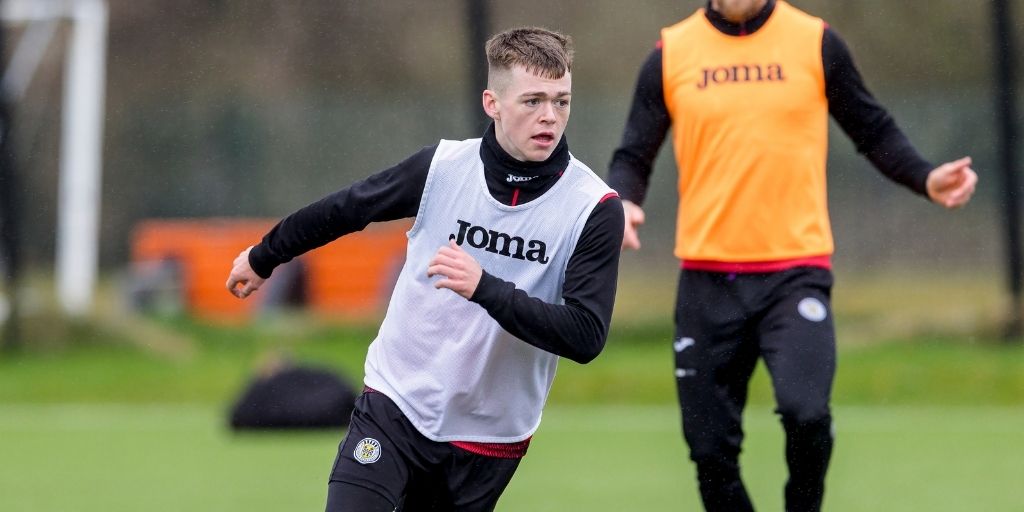 Jim Goodwin delighted to get Jay Henderson on new contract

St Mirren manager Jim Goodwin was delighted to get Jay Henderson on a new contract after the 19-year-old agreed a two-year extension with Saints.

The academy graduate was handed his first-team debut at the start of April as a substitute in our Scottish Cup win over Hamilton Academical. That was followed up by another substitute appearance, this time in the Scottish Premiership, against Motherwell before making his first start in Wednesday night's win over Ross County.

Jay, who has been with St Mirren since the age of 10, then put pen-to-paper on a deal until summer 2023.

As well as Jay, the Saints boss has given debuts this season to academy players Dylan Reid and Lewis Jamieson, while academy graduates Ethan Erhahon, Cammy MacPherson and Kyle McAllister have all played major roles in the first team this season.

The academy, headed up by Allan McManus, plays an important role at St Mirren and the manager affirmed his commitment to giving young players a chance if he feels they are ready for the first team.

Young players get an opportunity at St Mirren," he said.

"It’s as simple as that. It doesn’t matter how old they are, if we believe they’re old enough we’ll throw them in. We’ve proved that already this year.

"People will be sick of me saying it but I want to be recognised as a young manager who gives young players opportunities.

"I’m really pleased to get Jay tied down. The wee man has been training with the first team since I came in really.

"We brought him back in January. He’s trained really, really well and has earned the opportunity to make his debut and first start on Wednesday. We’ve been talking to him for a little while about his contract situation. We see Jay playing a big part in the future and I’m delighted he’s agreed.

"We’ve had a number of success stories from our academy in recent years – hopefully Jay will be another one."