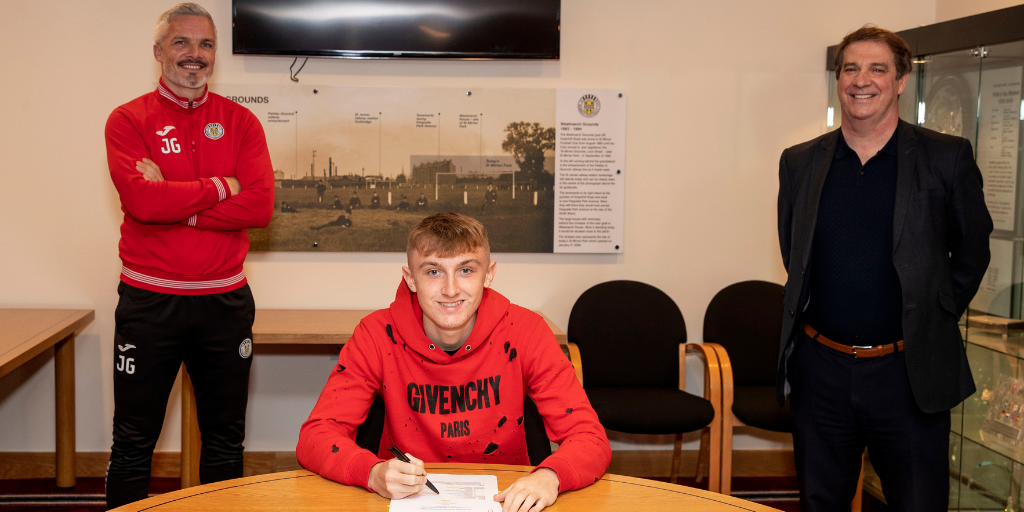 St Mirren Football Club is delighted to announce that Dylan Reid has agreed a new contract until summer 2023.

The St Mirren Youth Academy graduate became the youngest ever player to play for St Mirren when he made his debut as a substitute against Rangers at the start of March.

At just 16 years and five days old, Dylan became not only the youngest player to play for Saints, but also the youngest ever Scottish Premiership player.

The midfielder now commits his future to Saints for the next two years.

Speaking on Dylan, Saints manager Jim Goodwin said: "Dylan’s been brilliant. The academy is really important to us as a club and I’ve said on numerous occasions that I want to be recognised as a manager who gives youngsters opportunities.

The age situation doesn’t concern me. He’s not a small 16-year-old, he’s very athletic and strong already. Technically, he’s already as good as what we’ve got in the squad.

"He’s been training with the first-team for a number of weeks and he looks as if he belongs here. He doesn’t look out of place in any session we’ve had him in.

"He’s going to be in the first team regularly now. He’s a first-team player, that’s the way we are looking at him."