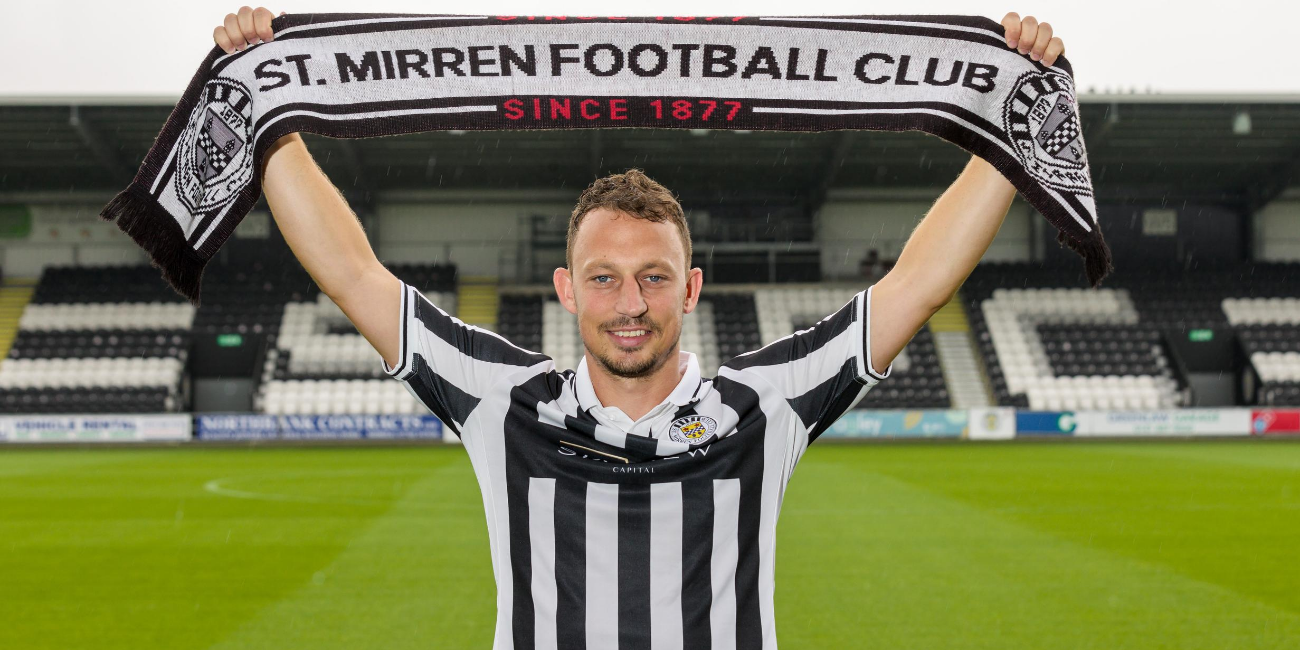 St Mirren Football Club is delighted to announce the signing of Kristian Dennis on a two-year contract.

The 30-year-old forward joins Saints following the expiry of his contract at English side Notts County and subject to international clearance.

Kristian began his career at Macclesfield Town, but left the club in 2010. He would subsequently have spells at Woodley Sports, Mossley and Curzon Ashton with his impressive form at the latter, which saw him net 72 goals in two season, leading to a move to Stockport County in 2013.

He would spend three seasons at Stockport, but found himself back at Macclesfield on loan in the third season. He impressed in that spell at Macclesfield, scoring 27 goals in 44 appearances.

His form at the Silkmen lead to a return to the English Football League as he joined Chesterfield in 2016 where he played alongside ex-Saint Paul McGinn. In two seasons at Chesterfield Kristian scored 31 goals in 90 appearances.

Despite Chesterfield’s relegation to the National League, the forward remained in the football league when he signed for Notts County. Kristian would net 22 goals in 64 appearances including the first goal in a 2-0 win over Barnet in the National League play-off semi-final.

Speaking on the move, Kristian told stmirren.com: "The gaffer was very welcoming when I came up last week and just really helpful. I felt wanted and it was a no brainer to come up.

"The club seem like they really want to progress in the league and I just thought it would be a new challenge.

"I messaged Paul McGinn and he had nothing but good things to say. I’m just really looking forward to getting involved and hopefully hit the ground running and score a few goals.

"My last game was at Wembley a few weeks ago but I’ll have a few days training this week and hopefully be ready for Saturday."

Saints manager Jim Goodwin said: "Kristian is has been on the radar for three or four months.

"He was involved in the play-offs with Notts County and with that over he became available and we are delighted now to get it over the line.

"It’s been well documented that we wanted another striker. Bringing in Kristian gives us three good options and added to that we have young Lewis Jamieson who will make it four.

"His record in terms of putting the ball in the back of the net is very good. If you look at his stats over the last four or five years he’s averaging a goal every other game which is exactly what we are needing. He is a proven goalscorer, he is a great age and a natural finisher."