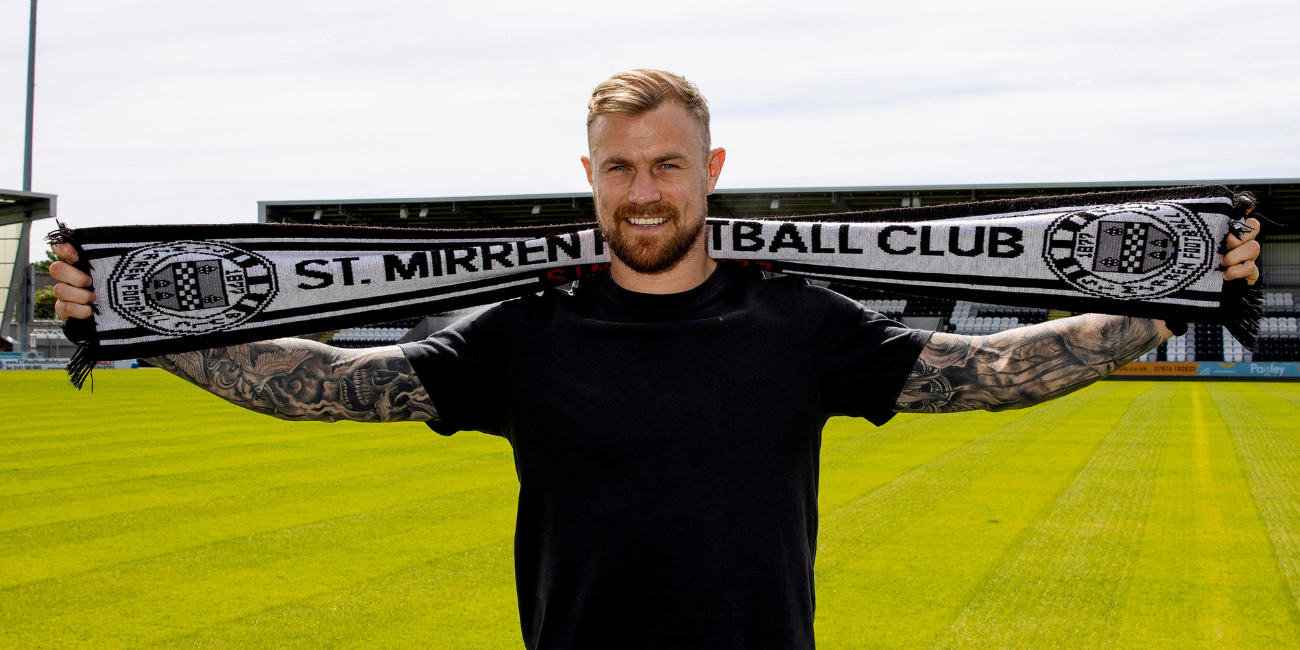 St Mirren Football Club is delighted to announce the signing of Richard Tait on a two-year deal subject to clearance.

The 30 year-old defender will #BeInThatNumber after agreeing a deal to become Jim Goodwin’s first new signing of the 2020/21 season following the expiry of his contract at fellow Premiership club Motherwell.

Richard joins Saints with a wealth of experience having made over 450 career appearances and during his time at Motherwell, Richard helped the Steelmen to a third-place finish last season as well as appearances in the League Cup and Scottish Cup finals in 2017/18.

Speaking on the move Richard told stmirren.com: "I’m delighted to get sorted and to come to St Mirren is fantastic.

"I’m a hardworking player and I’ll give everything on the pitch. I can play left-back, right-back or centre-back but anywhere I’m asked to play I’ll do my best.

Saints manager Jim Goodwin said: "I’m really happy to have got Richard’s deal over the line.

"He’s an experienced player first and foremost. He’s a leader and he was really highly thought of at Motherwell. He played a big part in their success in the last few years and I’m sure he’ll be a fantastic signing for us.

"He’s a model professional, leaves nothing in the tank on a match day and I’ve got no doubt that the St Mirren fans will take to him instantly."

Richard Tait is in that number, are you? St Mirren 2020/21 Season Tickets are on-sale now.