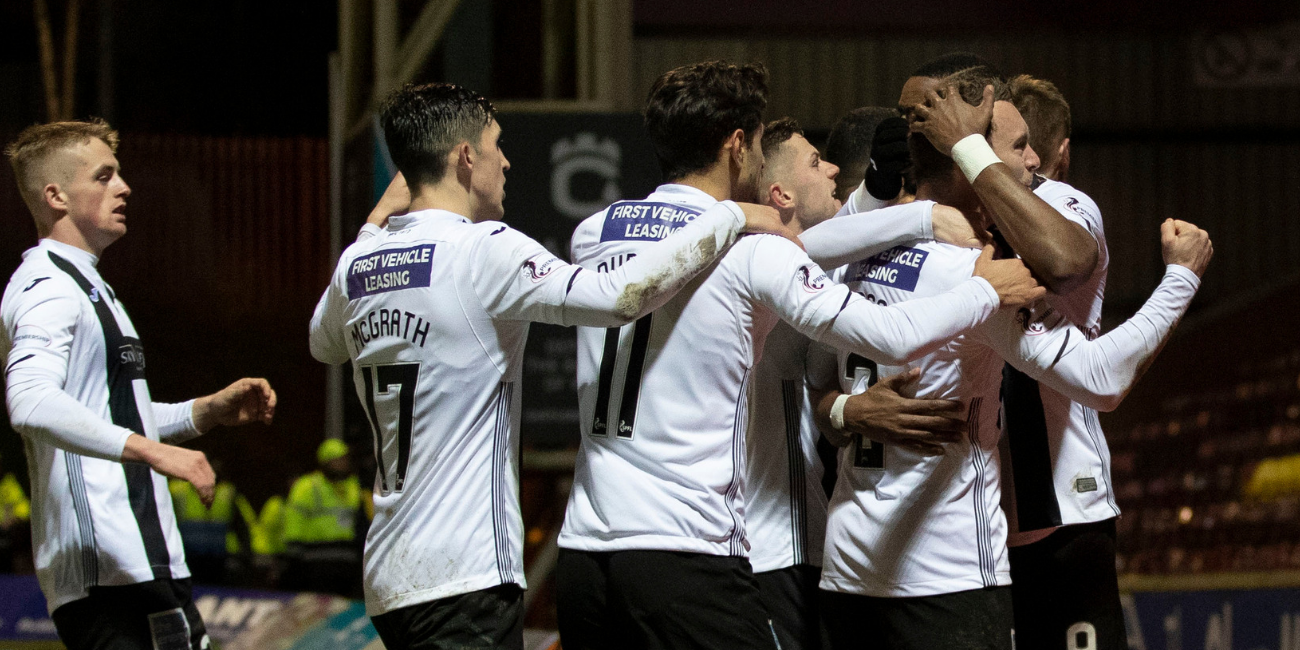 The club would like to give supporters an update on the squad.

Oan Djorkaeff and Vaclav Hladky will also leave the club following the expiry of their contracts, an offer was made to Vaclav but he has decided he wishes to pursue options elsewhere.

The club can confirm it has made an offer to extend the contract of Ryan Flynn and we are hopeful this can be resolved very soon.

St Mirren manager Jim Goodwin said: "It has been really difficult to have to say goodbye to these players especially in the current circumstances. However, the opportunity to support the players through the close season is one the club felt was important. It goes without saying that everyone at the club wishes all of them the very best for the future."

The Buddies will be saying goodbye to players who have contributed immensely to the club during their time and the club would like to sincerely thank everyone for their efforts in the Black and White stripes and wish them every success in the future.

Stephen McGinn will leave the club after returning to the Buddies for the second time in 2017.  A St Mirren academy graduate, Stephen was named captain upon his return and played a pivotal part in securing survival on the final day of the Ladbrokes Championship that season.

Stephen made his 200th St Mirren appearance at home against Hibernian and made his final appearance in a 1-0 win over Hamilton in December 2019.

Danny Mullen played a massive part in Saints’ survival bid in the 2018/19 season scoring four goals in the final 10 games including the equaliser against Dundee United in the play-off final. Danny made 72 appearances for the Buddies, playing a role in our Championship winning season in 2017/18, after joining from Livingston in December 2017.

Gary MacKenzie is another who has been a major part of St Mirren’s successes in the last few years. Signing in July 2016 and scoring five goals in his first season at the club. Gary returned from injury in December of the 2017-18 Championship winning season– scoring an important winner against Queen of the South in his first game back and partnering Harry Davis at centre-back as promotion was secured to the Premiership.  Gary returned again in 2019 from injury and helped secure a win in the play-off final.

Cody Cooke joined St Mirren in July 2018 and scored his first goal in a Scottish Cup win over Alloa Athletic, Cody also scored St Mirren’s first Premiership hat-trick since 2013 in a 3-2 win away at Dens Park on the final day of the season. All in Cody made 27 appearances for the Buddies scoring five times.

Fellow Frenchman Oan Djorkaeff. Game time was limited for Oan with only six appearances under his belt but he did score the winner against Edinburgh City in the Betfred Cup in July.

Ross Wallace was a late addition to the squad having signed as a free agent in February 2020. He would only make three appearances for the Buddies, but boasted a good record with two wins and a draw. His final appearance was in the 1-0 win over Hearts in March in which he set up the winner for Jon Obika.

Vaclav Hladky became a firm fans favourite in his 18 months at Saints after joining the club in January 2019 from Slovan Liberec. The Czech goalkeeper played a huge role in St Mirren’s Premiership survival – saving three penalties in the penalty shoot-out win over Dundee United in the play-off final.

In 59 starts for the club Vaclav kept 17 clean sheets with his final one coming in the 1-0 win over Hearts which proved to be his last match for the Buddies.

The Club wishes every one of the players well in their ongoing careers.