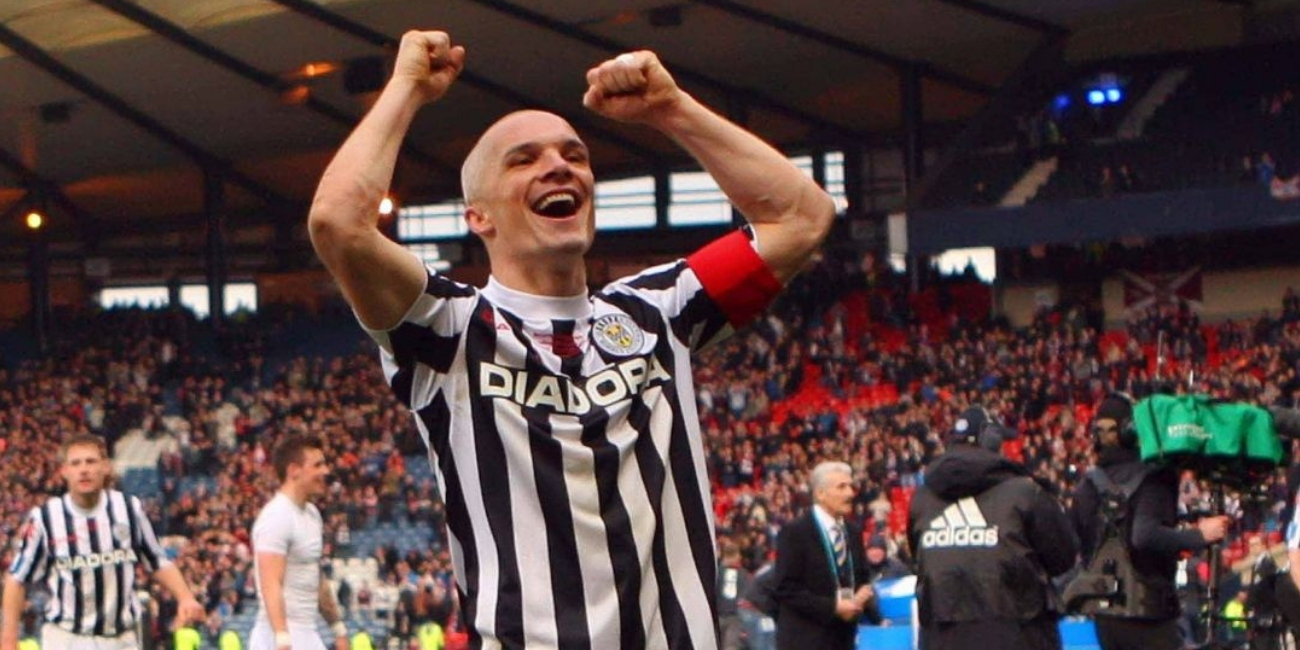 St Mirren Football Club is delighted to announce the appointment of Jim Goodwin as the new first team manager.

Jim joins the club on a three-year deal from Ladbrokes Championship side Alloa Athletic where he had been manager since October 2016.

The new manager is no stranger to St Mirren having made 181 appearances in the black and white stripes between 2011-2016 after joining the club from Hamilton Academical.

Arguably, his finest moment as a Buddie came in March 2013 when he captained the club to League Cup glory as we defeated Heart of Midlothian 3-2 to lift the cup for the first, and so far, only time in our history. His achievements as a player saw him inducted into the club's Hall of Fame in October 2017 as part of the club's 140th Anniversary celebrations.

In his time at Alloa, Jim managed to get the Wasps promotion from League One to the Championship via the play-offs before defying the odds last season to keep the side in the league for another season.

Jim will be joined at St Mirren by another ex-Saint, Lee Sharp, who has been named as Assistant Manager and also signs a three-year deal.

Speaking on his appointment as manager, Jim said: "I am absolutely delighted to have been offered the job as manager of this great club.

"I had three wonderful seasons at Alloa and loved every minute of it, but the opportunity to come back to the place where I had my most memorable spell as a player was too good to turn down.

"This is a very proud moment for me and one I will never take for granted. I'm looking forward to meeting the staff and players next week, and genuinely can't wait to get started."

Chairman Gordon Scott said: "I am absolutely delighted to welcome Jim back to St Mirren.

"He was a firm fans favourite as a player here and I know he will receive terrific backing from our support as our new manager.

"I would like to thank Alloa Athletic for their co-operation in allowing us the opportunity to speak with Jim."