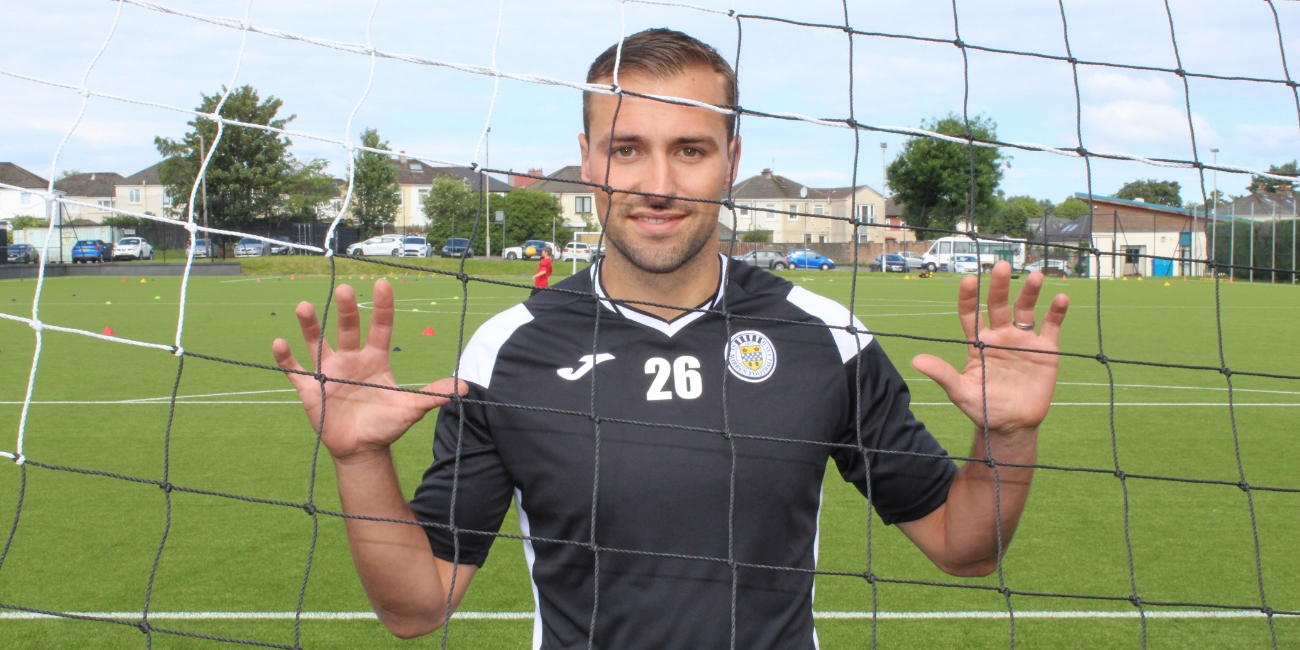 St Mirren Football Club is delighted to announce the return of goalkeeper Dean Lyness on a two-year deal.

The 27 year-old initially joined Saints on a short-term deal last September and made four starts keeping one clean sheet in a win over Motherwell at Fir Park.

The Englishman began his career at Birmingham and has had spells with Hearts, East Fife, Kidderminster, Burton Albion, Blackpool, Nuneaton Town and Raith Rovers.

Speaking to stmirren.com, Dean said: "It is good to be back.

"From the minute I got the call I was more than happy to speak to the club and get things sorted.

"It is always a bit strange," he said on returning to Saints. "I have been in the position before where I have went back to a club that I have previously been at.

"But it easy when you know boys in the dressing room and it makes it an easier transition so it is good to be here.

"It was great to see the boys do the business at the end of last season and it was a massive opportunity for myself to get back in the Premiership.

"I am here to push Vaclav [Hladky]. He obviously had a great second half to the season when he came in and I fully respectful of that and I am sure we will bring the best out of each other. That’s all you look to do as a goalkeeper."