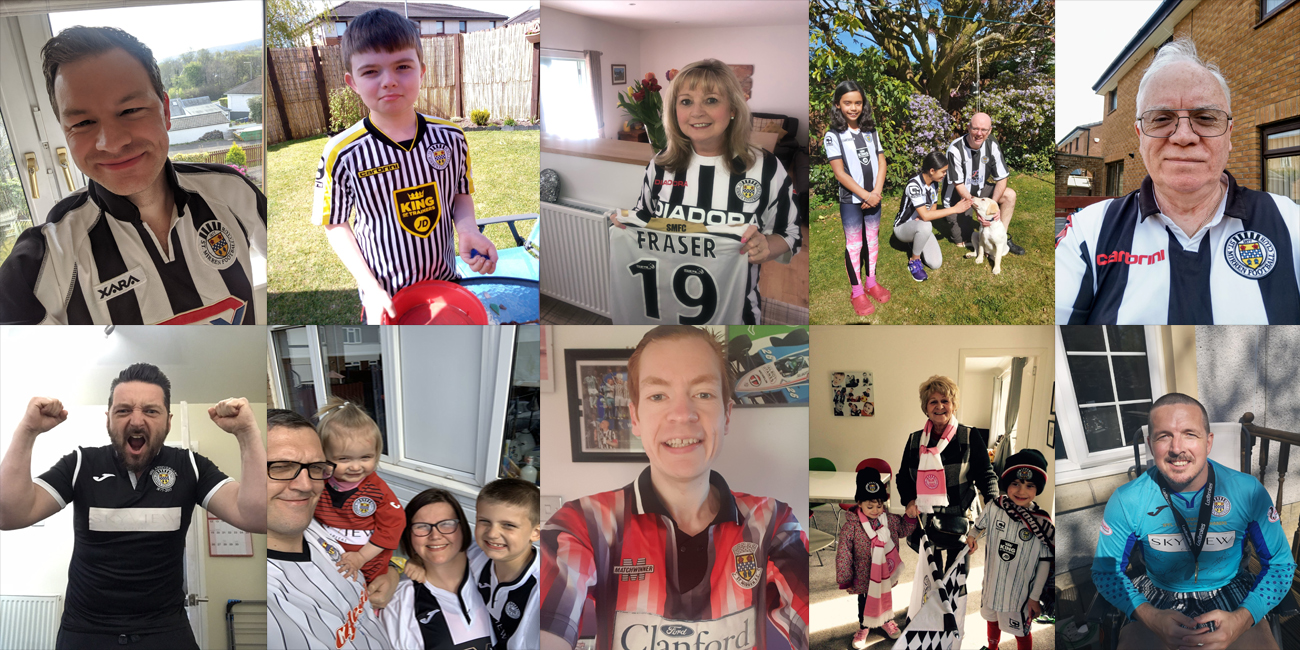 St Mirren supporters raised over £2500 for the St Mirren Charitable Foundation as part of #StripesOnFriday.

The idea came about after Saints fan Stuart Gillespie (second row, middle) floated the idea of supporters wearing St Mirren shirts much like various fundraisers where people are encouraged to wear their team's football shirts at work to raise money for charity.

St Mirren board member David Nicol liked the idea and suggested that money could be raised for the St Mirren Charitable Foundation to aid their hard work in the local community during the coronavirus pandemic.

And so, on Friday last week, fans of all ages donned St Mirren kits, sending in their pictures via social media, while donating to the St Mirren Charitable Foundation's JustGiving page.

It was a huge success with supporters raising in excess of £2500 - more than the Foundation's initial target.

Stuart Gillespie told stmirren.com: "I had seen various online fundraisers and there used to be a Friday every year where people were encouraged to go to work in their football shirts and make a donation for charity. With most people stuck at home there wouldn't be as big a problem with folk wearing their strips so suggested it on Twitter to see if there was any interest.

"The response was phenomenal with fans and shirts of all ages and even a few members of cup winning squads getting involved. I think a lot of people also enjoyed the chance to get in touch with other fans, which is difficult at the moment."

St Mirren Chief Executive Tony Fitzpatrick added: "It doesn't surprise me to see the St Mirren family lending their support to such a worthwhile cause. It was great to see so many people - young and old - getting their stripes on.

"The donations made are fantastic and will really help Gayle Brannigan and everyone at the Foundation continue the amazing work they have been doing in our community."