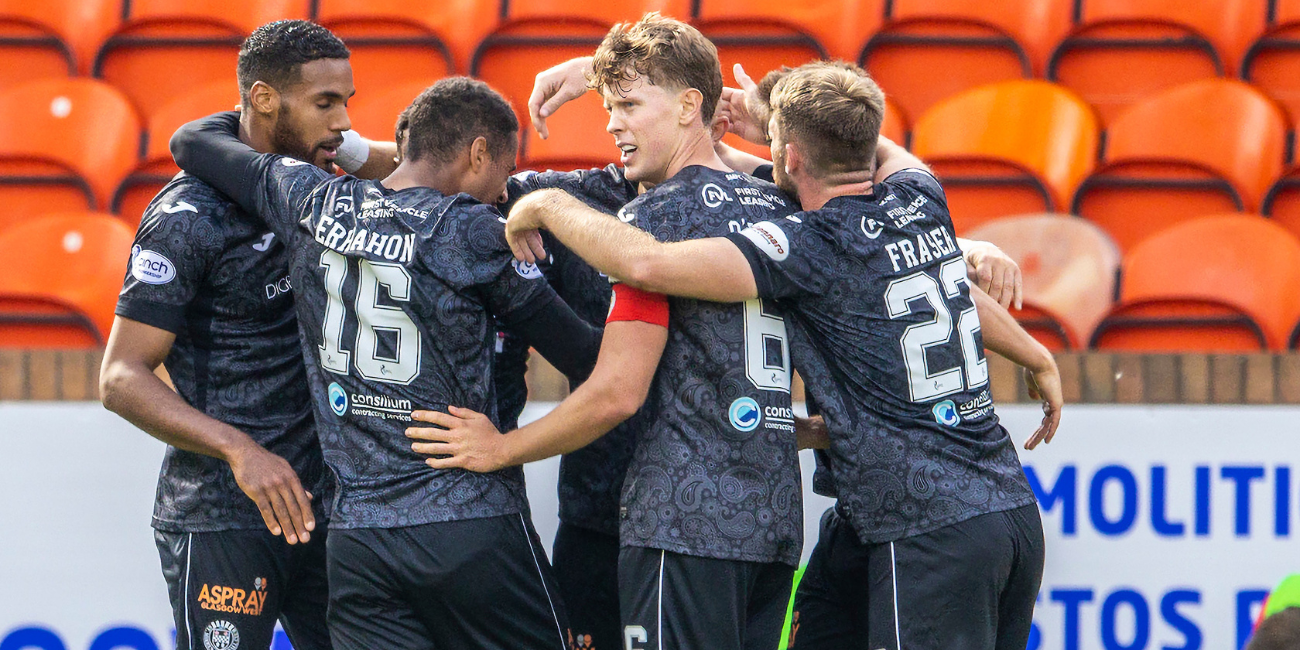 Main scored either side of half-time to have the Buddies deservedly ahead before Greive put the seal on the victory at Tannadice in stoppage time as Saints left the City of Discovery with all three points.

Stephen Robinson made two changes to the side that defeated Ross County last weekend with Declan Gallagher coming back in from suspension in place of skipper Joe Shaughnessy with Mark O'Hara picking up the captain's armband as he replaced Greg Kiltie.

Saints were right at it from the off and almost took the lead inside the opening minute when a perfect cross from the right side found Jonah Ayunga who nodded just wide.

Keanu Baccus went close on nine minutes when he perfectly caught a volley 20 yards from goal. It was viciously struck with United captain Ryan Edwards denying the goal-bound effort with his head.

Then O'Hara had a great opportunity to put St Mirren ahead on the half-hour mark. Ayunga did brilliantly to pick out Ryan Strain with a cross-field pass and the Australian cushioned the header into the path of O'Hara whose low curled effort from the edge of the area was pushed away by United goalkeeper Carljohan Eriksson.

Saints were denied a stonewall penalty two minutes later when Aziz Behich handled in the box. It was as clear as penalty as you're likely to see and should have led to a second yellow for the United man, but nothing was given.

It looked like the Arabs were starting to come into the game more as it approached half-time with Trevor Carson forced into a big save on 38 minutes when he tipped a Glenn Middleton free-kick over.

But St Mirren would take the lead with five minutes of the half remaining. O'Hara drove forward with his pass reaching Main via the aid of a deflection off Dylan Levitt. The striker broke into the box and fired beyond Eriksson to put Saints ahead.

Main then got his and St Mirren's second just six minutes into the second-half. O'Hara was involved again when he found Ayunga and the striker weaved his way into the box before finding Main who slammed high into the net for his third goal in his last six matches. 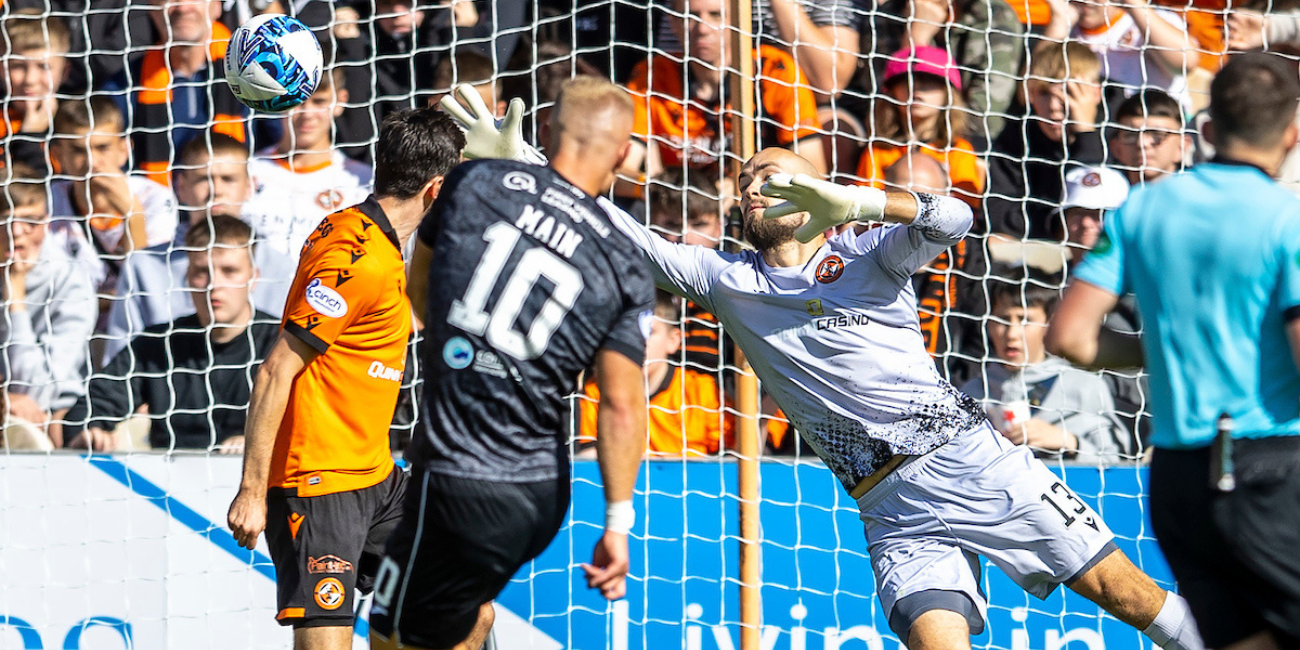 Saints looked for a quickfire third with O'Hara denied by an Eriksson save just three minutes after the second goal.

Carson made a brilliant save with a little under 15 minutes remaining to keep St Mirren two in-front. The Northern Ireland international got a strong hand to turn away substitute Ilmari Niskanen's effort. But that was as close as United would come with Saints comfortable and restricting the home side to very little opportunities.

Greive - who had only come on minutes before - wrapped up the win in the dying moments in a move that involved all the substitutes. The New Zealand forward raced on to Brophy's pass and poked home from distance after getting ahead of onrushing goalkeeper Eriksson who had raced out of the box to try and deny the striker.