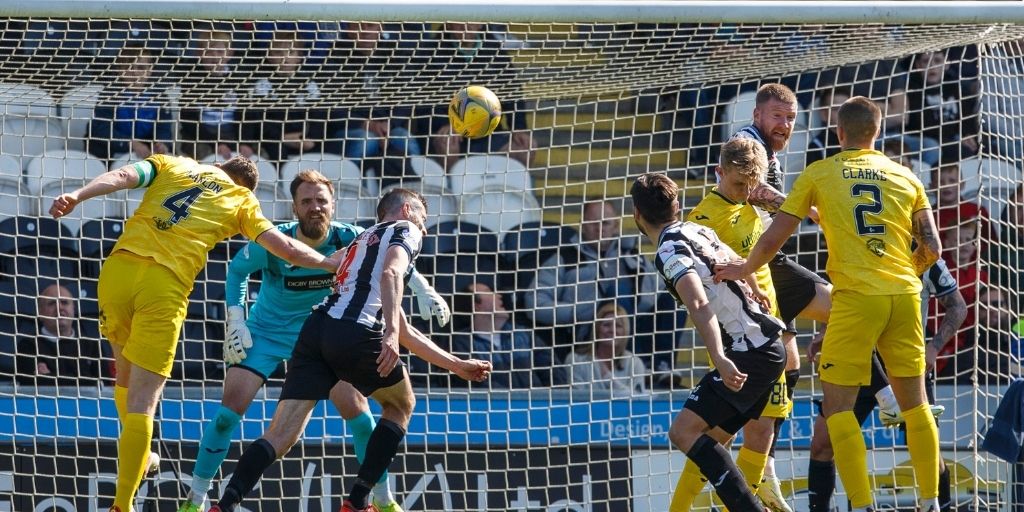 Saints' poor run of form continued with a disappointing defeat to Hibs.

The game was typical end of season stuff, despite both sides still not clear of the threat of relegation. An instantly forgettable first half was followed up by a slightly better second, the decisive moment coming a quarter of an hour from the end when Ewan Henderson slammed the ball past Jak Alnwick.

The goalie was back in the team after completing his suspension, Saints boss Stephen Robinson making four other chances with Scott Tanser returning from injury and Conor McCarthy, Ethan Erhahon and Curtis Main also starting. Jake Doyle-Hayes and Paul McGinn were the only member of Hibs' former Saints contingent to start, although Darren McGregor was on the bench.

Jay Henderson was one of the Saints players who had been left out of the team due to the change of shape, however his absence lasted barely 10 minutes before he was brought on to replace the injured Richard Tait. The youngster had a go from 20 yards that was well off target, the same applying to a shot from James Scott at the other end from a bit further out.

There was little to get excited about until a Henderson cross caused some chaos in the Hibs box. Eamonn Brophy tried to divert it towards goal only for visiting goalie Matt Macey to get something on it, McGinn then knocking it behind with Main lurking. Saints were beginning to get a bit of joy in the wide areas as Tanser crossed for Brophy but his heady was easily dealt with by Macey.

Before anything could happen in the second half Saints were dealt another injury blow, Brophy the player forced off this time with Alex Greive coming on. Almost immediately, the New Zealander had half a chance when a throw in was flicked on to the back post but he hooked his effort well over. 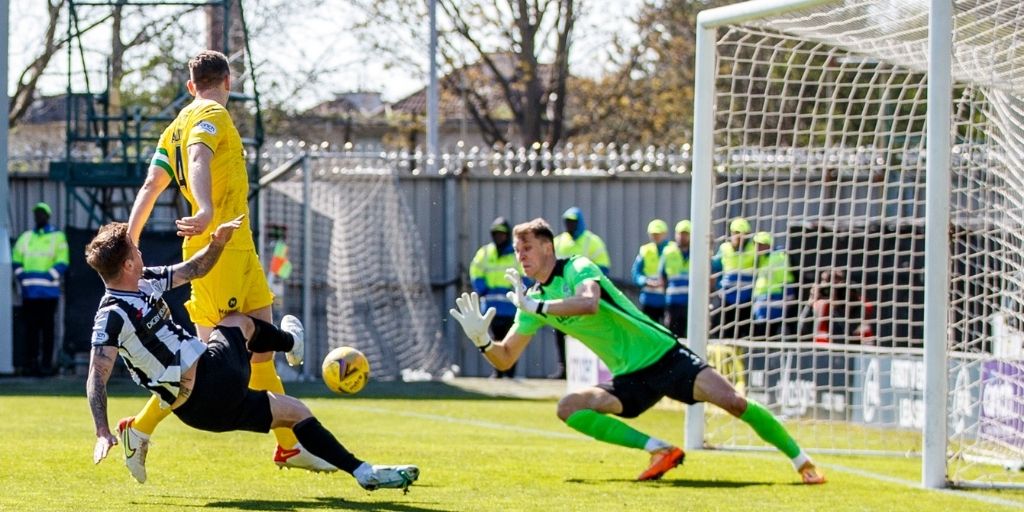 Eamonn Brophy goes close in the first-half, but the the forward was forced off with an injury (Image: Allan Picken)

It took until midway through the half for Alnwick to be forced to make a meaningful save for the first time, and even then he had no problem holding Scott's header after he'd escaped his marker.

Henderson shot over from the edge of the box before Hibs took the lead. The ball was played out to Harry Clarke on the right and he found Ewan Henderson, who showed great composure to fire past Alnwick. Saints tried to respond, Main founding no takers after firing a dangerous ball across goal before Tanser was unlucky to hit the bar with a half-volley.

Jordan Jones and Ryan Flynn came on for Erhahon and Power as the game entered its dying stages, the changes giving Saints some brief impetus as Greive saw his shot easily dealt with by Macey before Main failed headed off-target from a corner. Hibs should have wrapped things up in stoppage time when Sylvester Jasper played in fellow sub Josh Campbell but he somehow shot over – the miss not proving costly as the visitors comfortably saw out the remaining seconds to secure all three points.