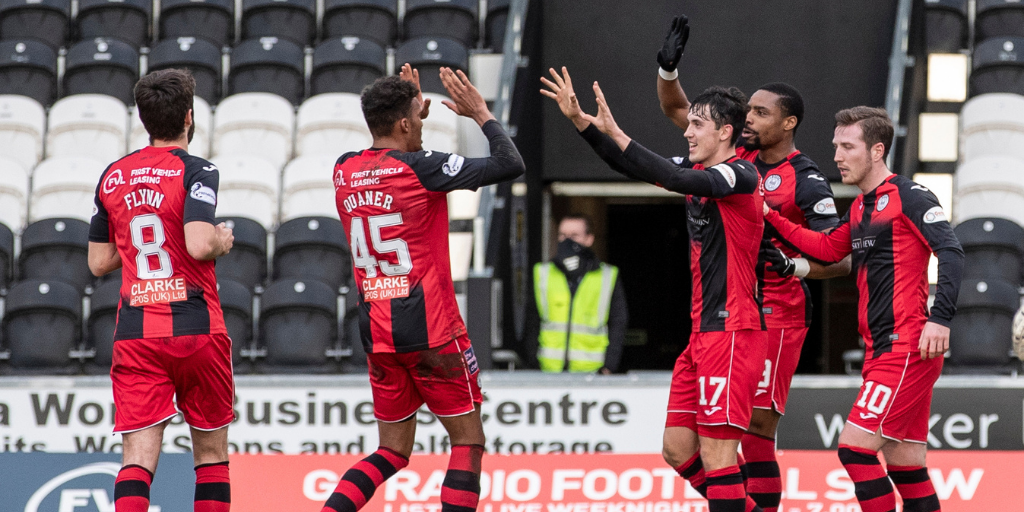 St Mirren got back to winning ways to boost their top six hopes thanks to a late Jamie McGrath penalty kick.

It looked like Saints were heading for a fifth draw on the bounce before Collin Quaner was fouled in the box with less than 10 minutes remaining. McGrath made no mistake from 12 yards to net his 10th of the season and secure a precious three points for the Buddies.

Jim Goodwin's men made a positive start with Lee Erwin splitting the Ross County defence with a lovely through pass on four minutes for Dylan Connolly to run on to. The Irish winger raced down the right side to meet the ball, but under pressure he slammed wide.

A bit of head tennis in the County box saw Connolly presented with another chance on 22 minutes but he smashed over from 12 yards. A minute later McGrath had a go from distance after driving forward though the tame effort from 25 yards was held by Ross Laidlaw.

The visitors had a good chance on 28 minutes when ex-Saint Tony Andreu met a Michael Gardyne cross from the left. The Frenchman seemed to get the ball caught up in his feet as he looked to get the strike away allowing Saints goalkeeper Jak Alnwick to gather.

Within 60 seconds, St Mirren were denied the opener by a wonderful save from Laidlaw. The Buddies were awarded a free-kick on the right-side near the touchline after Carl Tremarco was high and late in a challenge on Connolly. Kyle McAllister swung the ball in from the right and put it straight on the head of Conor McCarthy. Somehow Laidlaw got a hand to it to keep the the score level.

After a bright first-half for the home side, it was the visitors who had the best opportunities at the beginning of the second 45. Alnwick made a truly magnificent save from point-blank range to deny Jordan White after the striker leapt above the Saints defence. From the same phase of play the ball was worked to Stephen Kelly on the edge of the area and he slammed into the cross-bar.

Jim Goodwin, who had to bring on Richard Tait in place of the injured Joe Shaughnessy at half-time, made four changes in the second-half to try and find a breakthrough with Cammy MacPherson, Jon Obika, Quaner and Ryan Flynn replacing Ethan Erhahon, Connolly, Erwin and Ilkay Durmus.

But with 15 minutes remaining, County went inches away from finding the opener with MacPherson in the right place at the right time to head Alex Iacovitti's volley off the line.

Then, with eight minutes of the match remaining, Saints were awarded a penalty kick when Quaner went down under a challenge in the box. McGrath was the man to take and, as he has done all season, rolled home to earn what could prove to be a massive three points for the Buddies.