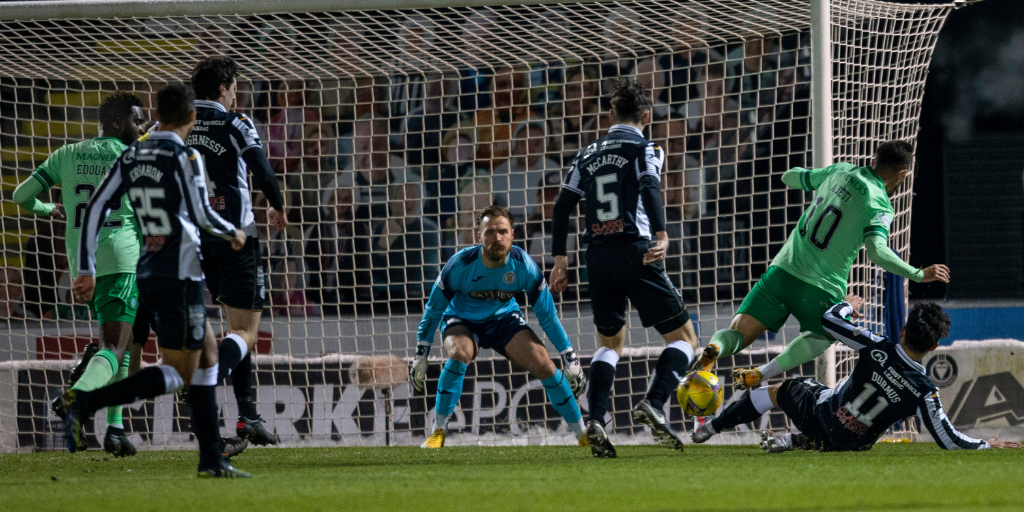 St Mirren couldn't do the double over Celtic as the Buddies were beaten 4-0 at the SMiSA Stadium.

Tom Rogic gave Celtic a first-half lead, before three goals in four minutes late in the second-half wrapped up the win for the visitors.

Jim Goodwin's side had started brightly with Jamie McGrath having the first opportunity of the game on four minutes when he flashed a 20-yard volley over.

But despite the good start Saints were an early double blow when McGrath injured his shoulder and had to be substituted on 14 minutes before Rogic gave the away side the lead a minute later. McGrath looked to have dislocated his shoulder and when play resumed after he left the park, Rogic was afforded too much room to break into the St Mirren box and fire an effort into the low left-hand corner.

Callum McGregor and Scott Brown could both count themselves lucky to have avoided bookings after rash challenges on Ethan Erhahon and Ryan Flynn.

Saints best chance of the first-half came two minutes before the break. A great Kyle McAllister through ball found Dylan Connolly whose touch was brilliant to bring it under control but he slid the shot wide under pressure from Celtic defender Jonjoe Kenny.

Ilkay Durmus was presented with a good opportunity on 49 minutes when Jon Obika was fouled on the edge of the Celtic box. The Turkish winger stepped up to take the free-kick but cannoned off the Celtic wall.

And in truth the Buddies never really got themselves going in the second-half. In a five minute spell before the hour-mark, McGregor dragged a strike wide for Celtic while Odsonne Edouard sent a shot wide from close range before David Turnbull was twice denied by Saints goalkeeper Jak Alnwick.

With 13 minutes remaining, Celtic were awarded a penalty-kick. It looked very soft as Greg Taylor went down with Ryan Flynn in close proximity. Referee Don Robertson had no hesitation and booked the St Mirren midfielder for the perceived challenge. Edouard fired home to double Celtic's advantage.

The visitors then scored two goals in two minutes through substitute Ryan Christie and Turnbull to put the seal on a disappointing night for the Buddies.