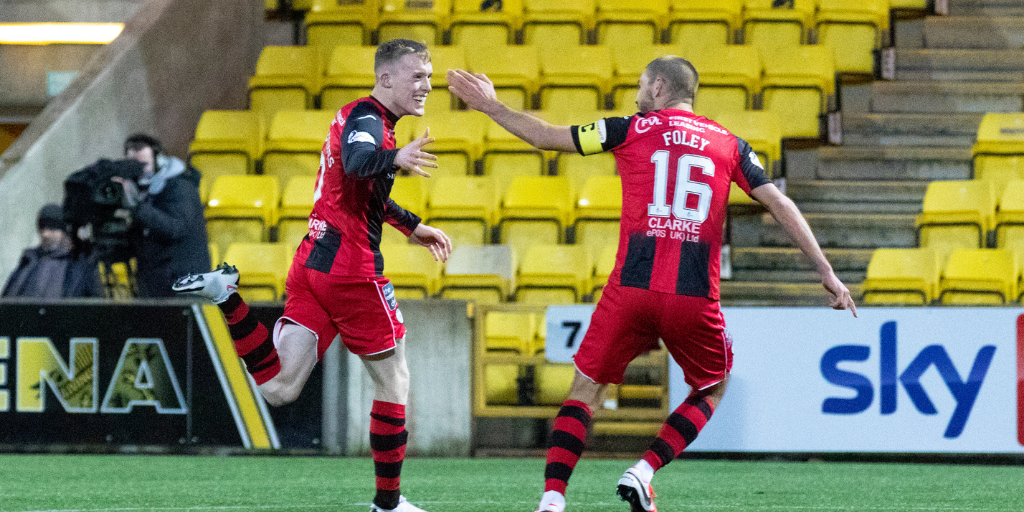 The Irishman struck early in the second-half to ensure Jim Goodwin's side took all the points back to Paisley.

It was the home side who created the first opening with three minutes played. Alan Forrest drove forward and lashed a fizzing effort from distance which Jak Alnwick could only punch clear into the path of Jay Emmanuel-Thomas. The ex-Arsenal striker got his head on it but sent it wide.

Saints had their first chance on nine minutes when captain Sam Foley headed over from close range after Jamie McGrath's free-kick was spilled by Livi goalkeeper Max Stryjek.

Three minutes later another McGrath free-kick caused Livingston problems. The midfielder's ball in came off Richard Tait who didn't know much about it leaving Stryjek diving low to his right to save.

Neither side created all the much of note in the remainder of the first-half. Marcus Fraser made a vital block to deny Emmanuel-Thomas, while Stryjek managed to easily gather a Tait header.

Livingston created the first clear cut chance of the second 45 with Alnwick making a terrific save to turn away a Forrest drive.

But it was the Buddies who would take the lead. A good passage of play from Saints saw Fraser lay a perfect low ball across for McGrath who connected perfectly, cannoning off Jon Guthrie and out for a corner. it was McGrath who swung the resultant corner in. His ball across was headed clear by the Livi defence but only as far as Jake Doyle-Hayes who smashed a first-time volley home, via the aid of a deflection, to score his first St Mirren goal.

That goal was to enough for Saints to gain their first three points since an away win to Hamilton Academical back in August and moved the Buddies to within a point of Livingston in 10th place.