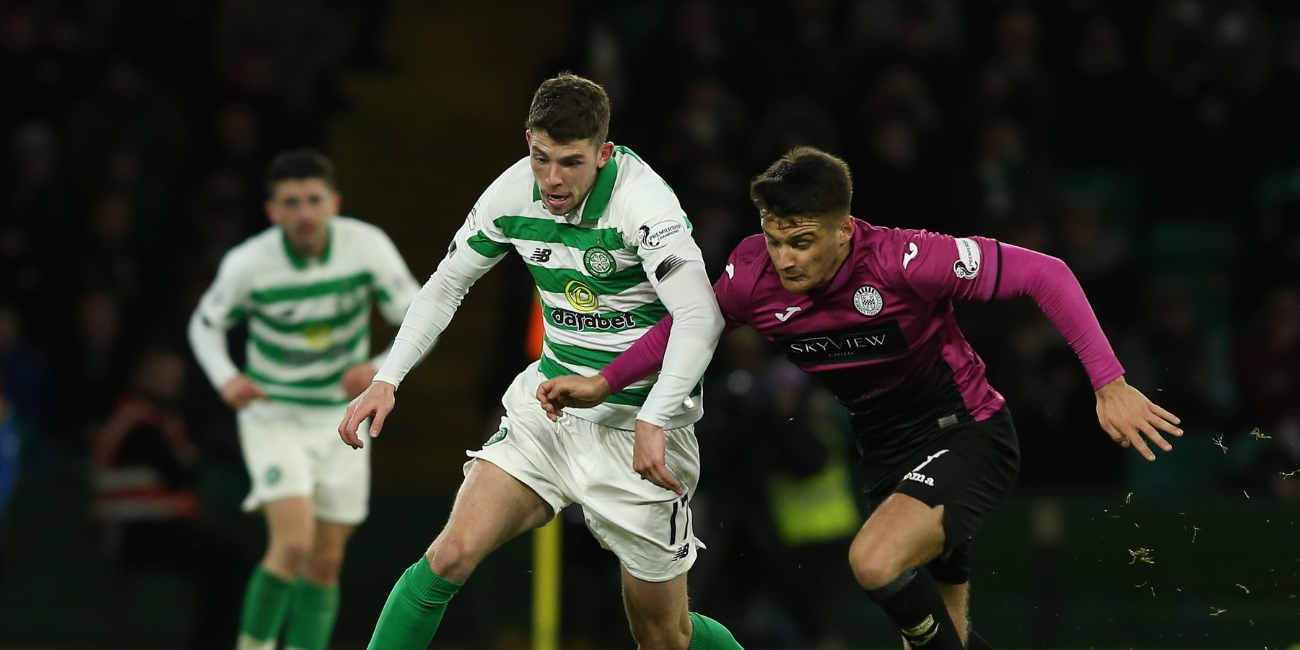 After a strong first-half performance from the Buddies, goals from Mohammed Elyounoussi and James Forrest gave league leaders Celtic the three points and saw Saints fall to the bottom of the table on goal difference.

As was to be expected, Celtic started off brightly with Callum McGregor forcing Vaclav Hladky into a save inside the first two minutes before flashing a low drive wide a few minutes later.

With 15 minutes on the clock, Saints made their first real foray forward after a quick counter. Ilkay Durmus switched the ball from left to right finding Kyle Magennis who rolled the ball onto the overlapping Paul McGinn. The right-back aimed to put a low ball into the Celtic box but it was cleared.

Ryan Christie went close for the hosts a minute later with a powerful effort from 25 yards that skimmed the top of the bar as it flew over.

Saints were well in the match with Durmus firing well over from distance before Jon Obika forced a save from Fraser Forster after being found by a tremendous defence splitting ball down the middle from defender Sean McLoughlin. The striker was closely marshalled by Celtic defender Kris Ajer, but still managed to get a low shot in at goal with the Celtic goalkeeper down well to save.

Christopher Jullien should have given Celtic the lead on 25 minutes when he glided into the six yard box to meet a Christie corner but somehow managed to head over.

Both sides would come close before the end of the first-half. Durmus almost caught Forster out with a long-range free-kick. Everyone had expected the Turkish winger to send the ball from the right into the middle, but instead he went for goal with Forster pushing off the bar before gathering at the second attempt.

Ryan Flynn and Hladky made two vital interventions to stop Celtic taking a lead into the interval. First, on 37 minutes, Flynn was in the right place at the right time to clear Jullien's header off the line, while Hladky made an important block to push James Forrest's effort off the post with just a minute of the half remaining.

Despite a solid first-half showing, Saints frustratingly fell behind just a few minutes after the restart. Odsonne Edouard cracked the post from the edge of the box. The ball fell to McGregor whose shot came off Calum Waters and was tucked home by Elyounoussi from six yards.

Celtic doubled their lead five minutes later. Christie laid the ball off to Forrest inside the area with the winger cutting in from the right and firing into the bottom corner with his left foot.

That was enough to seal victory for Celtic with results elsewhere moving St Mirren to the bottom of the league.