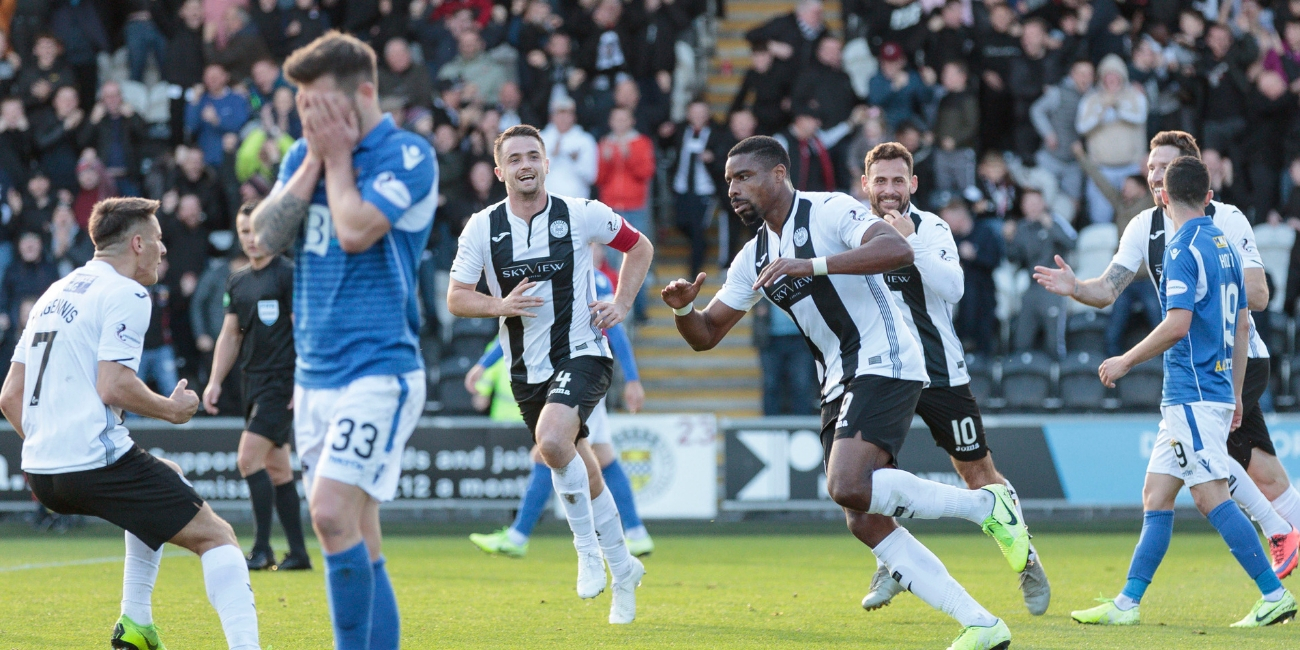 St Mirren ended the long wait for a goal and the even longer wait for a victory with a win against St Johnstone at the Simple Digital Arena.

The Buddies produced two goals of real quality to end the drought that stretched more than three games. The first was just before the break when Jon Obika opened his St Mirren account with a cracking overhead kick.

That was a fine individual goal, the second was a tremendous sweeping move. Kirk Broadfoot played the ball out wide to Paul McGinn and the fullback whipped in a great cross that was thumped into the top corner by Danny Mullen. There was still half an hour to go but after that setback the Saintees rarely looked like producing a comeback.

Paul wasn't the only McGinn in the home line-up as brother and skipper Stephen made his first appearance since the Betfred Cup group game against East Kilbride three months ago. He replaced Ryan Flynn, who missed out with an Achilles' injury, with Tony Andreu coming in for Ilkay Durmus. Stevie May led the St Johnstone attack with Matty Kennedy and Drey Wright offering support.

The opening stages weren't great despite Murray Davidson firing an early rasping shot wide. A rare piece of neat passing play allowed Anthony Ralston to get a shot in with Stephen McGinn in the right place to clear it. Jason Holt then looped a shot onto the roof of the net before there was a minute's applause to pay tribute to Buddies fan Steven Ingram, who recently passed away. Soon after that ended the visitors almost took the lead, Danny Swanson seeing his initial shot blocked by Broadfoot but the ball fell kindly for Kennedy, who should have done better than shoot wide.

The home Saints had posed little attacking threat but had a penalty shout turned down when Mullen was kicked in the head by a flying boot. It seemed to spur the home side on, goalie Zander Clark having to be alert to tip away Kyle Magennis' corner, before the goal drought finally came to an end. With the Saintees defence rather hesitant to mop up after a free-kick, Broadfoot headed the back back across goal for Obika to thunder a spectacular overhead kick past Clark that was in the net before he'd even seen it. Not a bad way to bag your first goal in the stripes! The visitors tried to respond before the interval, Vaclav Hladky doing well to parry Ralston's shot.

Andreu was denied by Clark just after the break as the Buddies looked to double their advantage before Mullen went agonisingly close to doing just that. Obika's tremendous flick-on found his strike partner and he lifted the ball past the hesitant Clark but was relieved to see it hit the far post and bounced to safety.

St Johnstone had done little after the break but had a decent penalty shout turned down when Kennedy went down at the end of a mazy dribble. It was a rare foray forward and the home Saints made their pressure pay soon after in fantastic style.

It soon got even harder as St Mirren bagged a tremendous second. Broadfoot fed the ball out wide to Paul McGinn and he delivered a delicious first time cross that was emphatically tucked away by Mullen for his first goal of the season.

It was the striker's last involvement as his afternoon was then cut short by injury, Junior Morias replacing him. May failed to trouble Hladky with a couple of efforts as the Perth Saints tried to reduce the deficit before Morias went close to adding a third, leaving two defenders on their backsides before shooting straight at Clark. Another chance came when Obika slipped Foley in behind the visiting defence but he tried to square to Andreu rather than go himself and played the ball behind his team-mate. It didn't prove costly, Kennedy shooting over from miles out in stoppage time pretty much summing up how the second half had gone for the visitors.