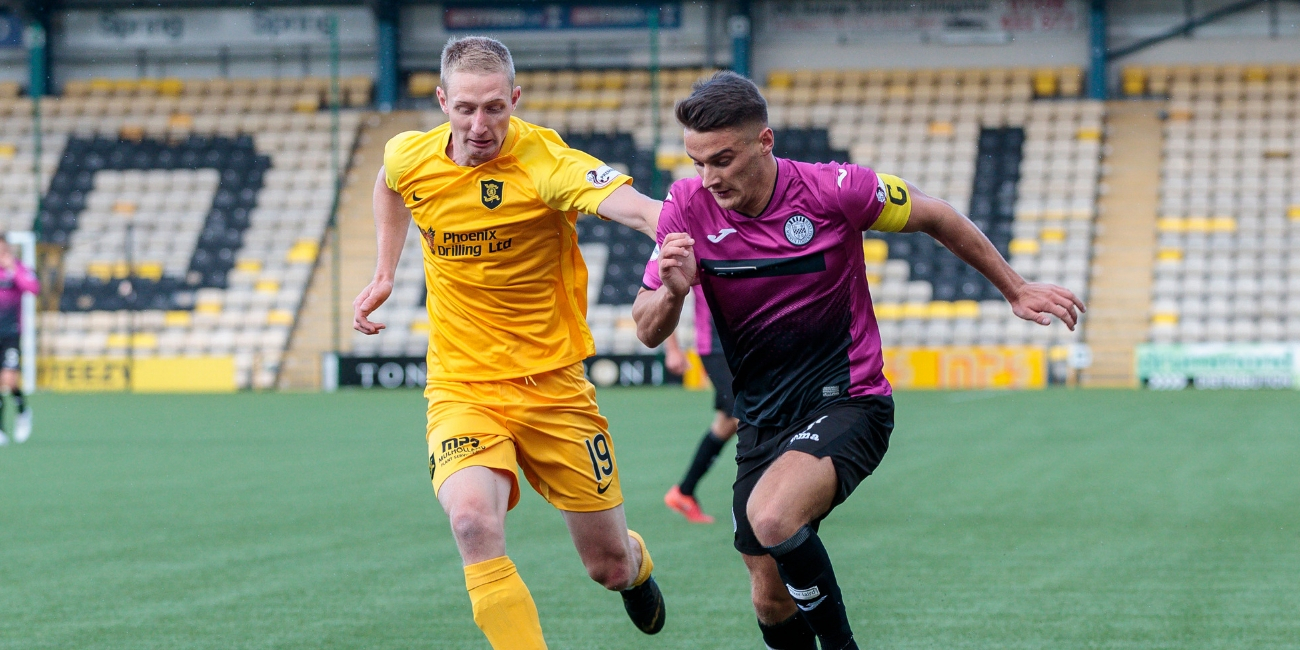 St Mirren were edged out by Livingston at the Tony Macaroni Arena who continued their unbeaten start to the season.

Goals from Alan Lithgow and Lyndon Dykes either side of half-time had Livingston in control. Kyle Magennis scored a wonderful second half goal as the Buddies battled hard to take something from the match, but it wasn't enough

The first-half was a largely forgettable affair with a Tony Andreu volley from the edge of the area that was routine for Livingston goalkeeper Ross Stewart all that either side had to show in the opening 20 minutes.

It was on 26 minutes that Livingston would break the deadlock when Lithgow rose unchallenged above the Saints defence head the home side in-front from a corner.

Jon Guthrie sent a shot wide on 38 minutes, while the home crowd thought Aymen Souda had grabbed a second with half-time approaching, but the striker's effort came crashing off the side netting.

While it was a disappointing first-half, Saints came out all guns blazing at the start of the second 45 and almost found themselves level seconds after the restart when Kyle McAllister's clipped ball into the box found the head of Jon Obika who nodded just over the bar.

A minute later Calum Waters did so well on a solo run into the box, cutting by a number of Livingston players. The full-back's attempt was blocked but fell for Andreu who was denied by a good save from Stewart.

Saints were left frustrated when two handball shouts inside the Livingston box were denied around 55 minutes and that frustration grew when the home side caught the Buddies on the break to score a second. The goal was contentious with Saints players believes Souda had handballed inside the St Mirren box in the build-up to the goal that saw Chris Erskine cutback to Dykes who knocked home from close range.

Looking for a quick-fire third, Steven Lawless tried to catch Vaclav Hladky off his line from distance but Czech goalkeeper managed to gather.

The St Mirren reaction was good though and just six minutes after Livi's second, Saints found a route back into the match when Kyle Magennis scored his first of the season. It was a terrific effort from the captain who curled into the top corner from the edge of the box to half the deficit.

Both sides had a chance inside minute as the game entered the final 15 minutes. Livingston almost made it three when Lawless crashed a shot over, while Obika nodded a McGinn cross over from close range.

McGinn had Saints next opportunity on 78 minutes when he got on the end of a wonderful pass from Kyle McAllister but his powerful shot down the throat of Stewart was gathered.

Livingston could have added a third with just two minutes remaining when substitute Jack Stobbs had a shot blocked on the line by McGinn before sending the follow-up off the bar.

However, it would prove that two would be enough for Livingston to pick up their second league win of the season and continue their unbeaten start to the 2019/20 season.